"Everything important in life is unknown." When I read this in a book recently, it jarred a bit. As a college president, I'm usually saying that our nation's colleges and universities help students come to know the unknown, and to grasp the vital importance of knowing. Yet there is something in "Everything important in life is unknown" that clarifies the proper role of colleges and universities. Let me explain.

I found the statement in an elegant volume written by Roger Rosenblatt -- Unless It Moves the Human Heart: The Craft and Art of Writing. It recounts one of his graduate classes in writing at Stony Brook University. At the end of the session, Rosenblatt was asked: "Is there anything you haven't told us?" He acknowledged that there was something he might have mentioned -- but the subject was difficult, and the hour was late. He departed to a friendly chorus of boos from his students. He decided to make it up to them in a sort of open letter at the close of his book.

This is some of what he wrote to them: 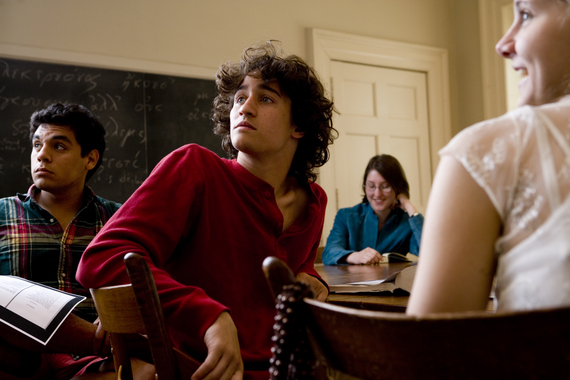 But what is useful to the world? Rosenblatt says that the world will only tell you "what it wants, which changes from moment to moment, and is nearly always cockeyed." "The world," he says, "is an appetite waiting to be defined. The greatest love you can show it is to create what it needs, which means you must know that yourself." The great writers are great "because their subjects and themes are great, and thus their usefulness is great as well. Their souls are great, and they have had the good sense and courage to consult their souls before their pens touched paper."

"When Homer, Shakespeare, Milton, George Eliot, or Chekhov are recalled, it is as if tidal waves are washing over us. We cannot catch our breath." And what do the great writers have in common? "All have . . . a certain innocence of mind that allows them to observe life openly and with a sense of fair play." They also have an appreciation of uncertainty, which is necessary if one is concerned with coming to know the truth, a never-ending journey. Poets grapple with the difficulties of knowing the truth, but so do scientists. For both, ignorance is crucial. Why? Because "everything important in life is unknown."

What Rosenblatt wants for his future writers, is the same as what all good teachers want for their students: the ability to recognize the source of greatness within themselves; the desire to improve on that soul, making it capacious, kind, and rational; and the continual effort to cultivate the innocence of mind that lets us live freely and openly in the world.

Liberal education helps us understand ourselves and the world around us. It helps us develop an adaptable mind, equally open to tradition and to progress. It gives us practice in the art of inquiry, in asking the questions humans have been asking since we first began to speak. Questions arising from the depths of wonder. Questions revealing the depths of our ignorance about the world and about ourselves. Questions demonstrating a startling truth: that our ignorance is the source of our greatest strength. For it is ignorance, not knowledge, that propels us forward. It generates the desire to know, which draws us expectantly into the unknown.

The best conceivable education, the education at which college-bound students should aim, comes from studying the greatest literary, scientific, philosophical, political, artistic, and musical works known to mankind, because their authors have the most to teach. Of all who have left records behind, they have understood most profoundly that we have much to learn, that the wonders of learning are exhilarating though its challenges are humbling, and that "everything important in life is unknown."

Christopher B. Nelson is president of St. John's College in Annapolis, and a national spokesperson and champion of the liberal arts. St. John's College, with campuses in Annapolis, Maryland, and Santa Fe, New Mexico, is an independent, four-year college that is devoted to liberal education. Its richly varied curriculum focuses on an integrated study of philosophy, literature, history, theology, political science, mathematics, music, and science. Students and faculty engage directly, through study and discussion, with original texts and ideas that are at the foundations of Western thought.