The Advocate has named Russian president Vladimir Putin its "Person of the Year."

"Driving the governmental, religious, and popular disdain for gays and lesbians," writes the magazine's Jeremy Lybarger, "the Russian president became the single greatest threat to LGBTs in the world in 2014." 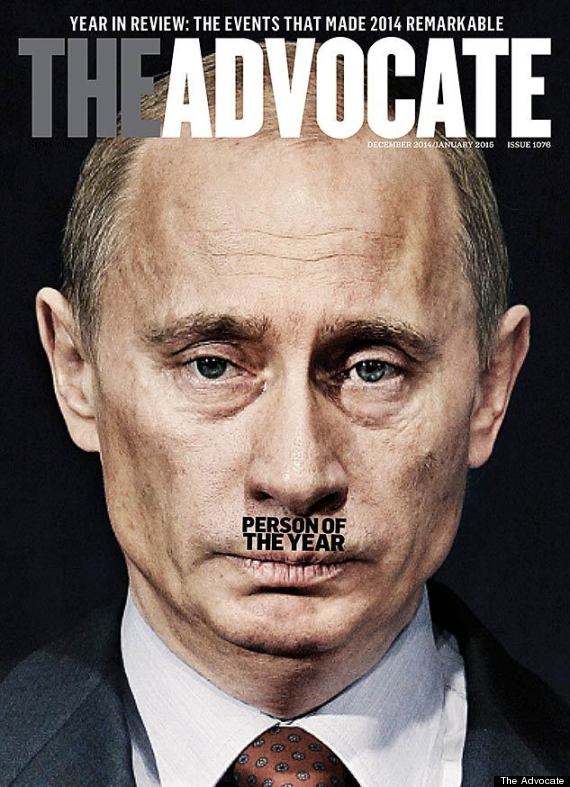 In the piece, Lybarger connects Putin's youth experience as a KGB officer to his political personality.

"The KGB, after all, perfected the thuggery, espionage, and aimless bureaucracy that are hallmarks of Putin’s regime," writes Lybarger. "The agency’s crackdown on dissidents offered a blueprint for Putin’s own strongman excesses. That he aspired to such a career as a child tells us something useful about his psychopathology: This is a man hardwired to intimidate."

Lybarger then describes Putin's "crusade against LGBT Russians," citing the country's 2013 ban on so-called homosexual propaganda and the "international outrage" it inspired leading up to the Sochi Olympics:

Nowhere is this tendency more apparent than in his crusade against LGBT Russians. Since winning a third term in 2012, Putin has become ever more autocratic, and his antigay ideology ever more extreme. In June 2013, he signed the infamous antigay propaganda bill that criminalizes the “distribution of information … aimed at the formation among minors of nontraditional sexual attitudes,” with nontraditional meaning anything other than heterosexual. ... International outrage flared in the months before the Sochi Olympics, in response to which Putin reassured the gay and lesbian community they had nothing to fear as long as they left Russia’s children in peace.

Such incendiary rhetoric is a staple of Putin’s political playbook. And in Russia, where the majority of media are state-owned, there’s little public pushback.

Visit The Advocate for the full piece and to see the finalists for "Person of the Year." 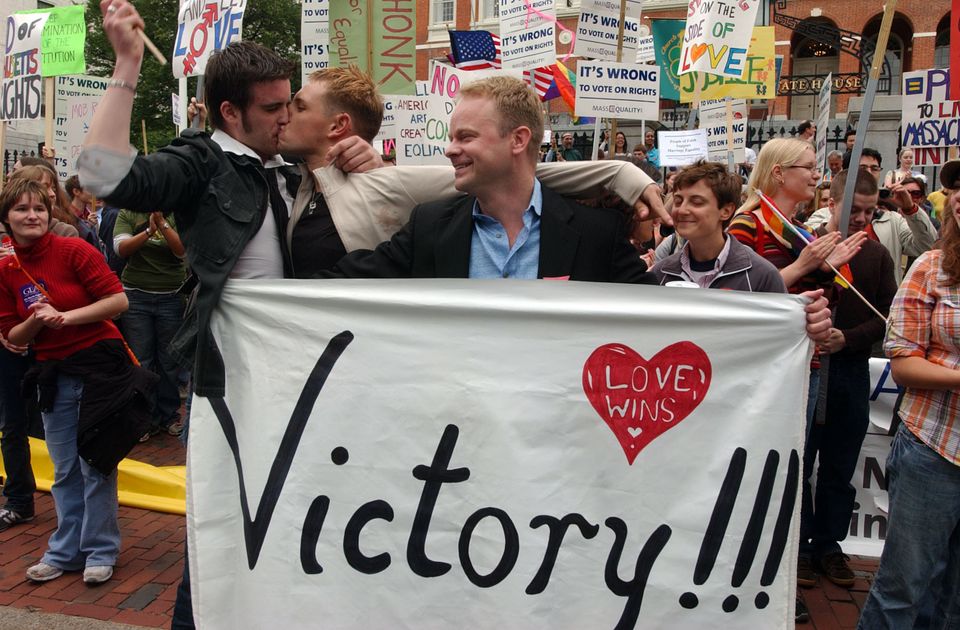