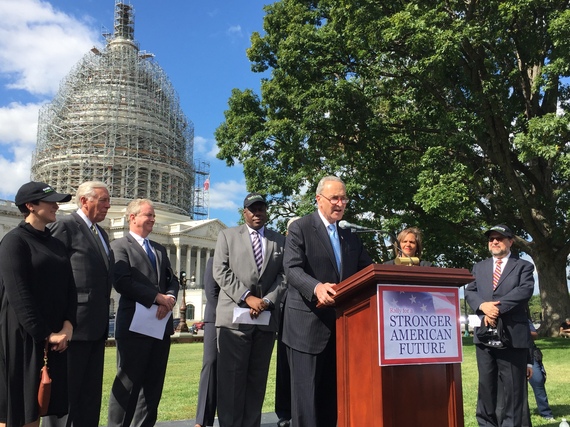 Advocates from across the nation seeking more funding for affordable housing, education, healthcare and many critical nondefense sectors staged a rally outside the Capitol Hill on Wednesday urging Congress to end budget cuts. Using the hashtag #raisethecaps, which was trending Wednesday afternoon in Washington D.C. on Twitter, these advocates, who belonged to a variety of organizations focusing on several core areas of life, assembled under the umbrella of Nondefense Discretionary or NDD United to raise awareness about what they describe as the devastating impact of the budget cuts on ordinary Americans.

The NDD United had organized a similar rally outside the Hill last month in an attempt to urge Congress to end budget cuts but Wednesday's rally attracted more participants, including many advocates for affordable housing, health, disability rights and veterans' groups, who had come to the nation's capital from other states. 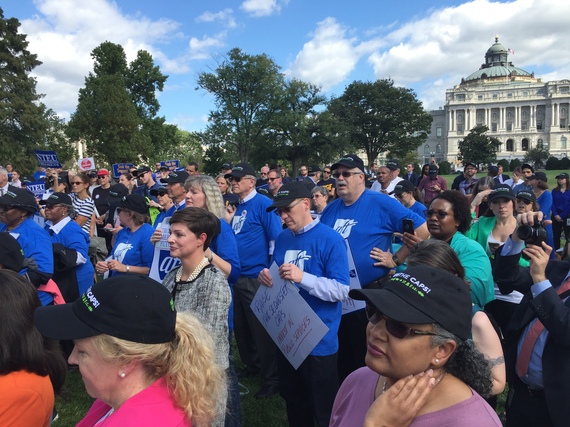 Steny Hoyer urged the Republicans to agree on a rational, workable policy to end sequester for the sake of America and American families. He opposed the GOP proposal to only turn off the defense sequester which, he contended, would lead to deeper cuts in other areas critical to America's national health and education.

According to Emily Holubowich, Co-Chair of NDD United NDD United, which is an alliance of 2500 local, state and national organizations, if Congress does not raise the spending caps, "veterans could lose medical care, women could be denied access to parental and family planning services. NDD cautions that if sequestration continues, preschool programs in 18 states would be defunded which will impact 60,000 children who will lose access to preschool while the budget cuts will also impact veterans, policemen, firefighters etc. 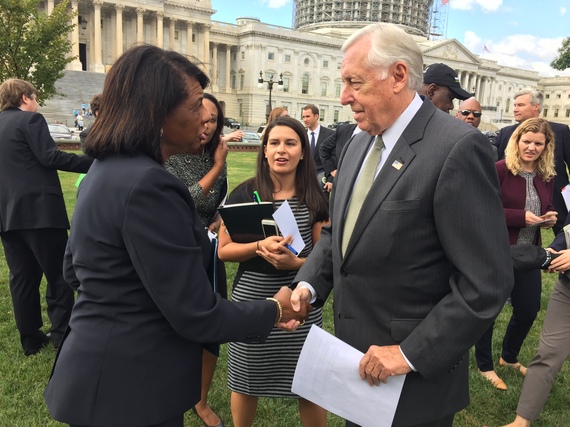 Senator Sheldon Whitehouse, while speaking at Wednesday's rally, said he wished NDD was instead called NDS or "No Damn Sequester".

"Sequester will hurt our economy and we know that because the Congressional Budget Office told us. Sequestration will lead to the loss of half a million jobs next year. It will knock off 20 percent of growth."

This article originally appeared on the Home Front, a blog by the National Low Income Housing Coalition (NLIHC), Washington D.C.