Every time a new coffee making method crosses my path, I meet it with skepticism. A longtime French press user, the Chemex seemed like it couldn't possibly improve my morning cup all that much. After trying it a few times, however, I was hooked. My French press has now been relegated to mostly summer use, cold brewing my iced coffee. I like to think it feels like a vacation for the well-worn piece of equipment.

When the Aerobie Aeropress Coffee & Espresso Maker hit my desk, the same small voice kicked in, "How can it really make coffee that much better?" I waited patiently until hot coffee season arrived again and gave it a whirl. I'm no Luddite, but I'll admit to being a little intimidated by this contraption at first. The Aeropress looks a bit like a bike tire pump that's lost its way. But, after a quick read-through of the basic instructions, I was on my way to brewing a double espresso with hot water and air pressure alone. 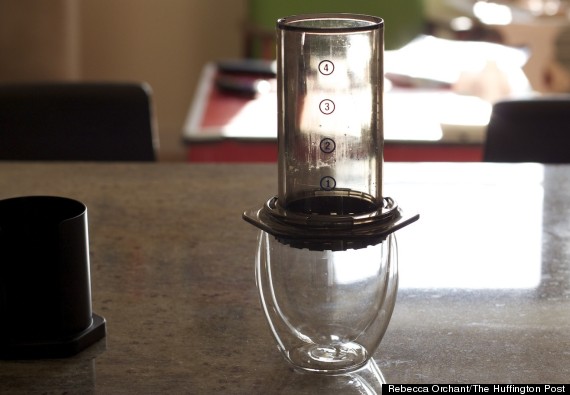 The Aeropress instructions are pretty explicit about only brewing on top of "a sturdy mug." I used this glass Bodum coffee cup so that I could capture the drips as they were happening, but I won't lie to you and tell you that I wasn't a little afraid of crushing the cup underneath. At the bottom of this contraption, you pop on a fine grained filter, and a plastic end cap. 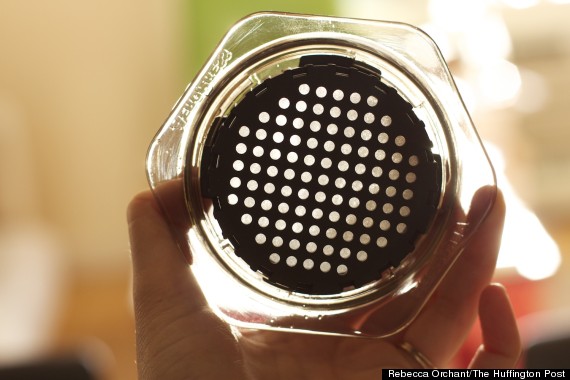 The starter cup in the Aeropress instructions is a double espresso, so that's where I started the process. It takes two scoops of coffee beans, ground medium fine, and water up to the number two line on the tube. 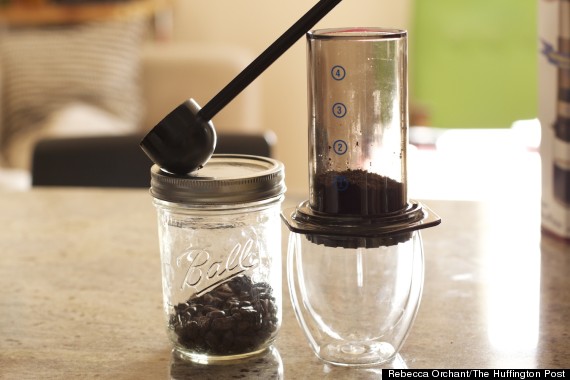 Once the water goes in, you stir the grounds and let them sit for only 10 seconds. Then, it's plunging time. Gentle plunging.

The way this works is that the plunger has a rubberized end that fits the tube precisely, which means that it uses air pressure to extract the brew from the beans. I had originally imagined that the point of the plunge would be to press down on the grounds themselves, but it's actually all in the air pressure. This means that you get all the best, first bits of coffee extracted from the grounds and none of the secondary, bitter oils.

After plunging, I had a double espresso in my hands. 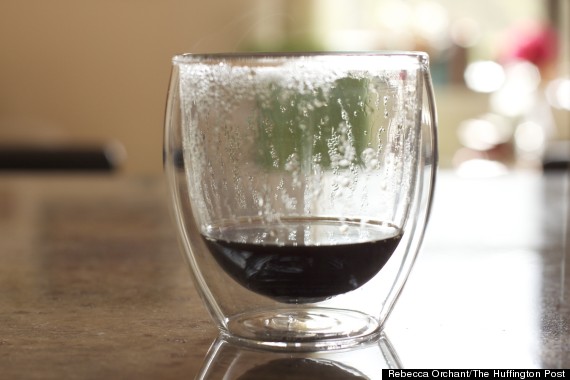 Topped off with hot water, it became an Americano -- a coffee drink I am traditionally suspicious of, because I usually find it to be a lot more bitter than a cup of pour-over or French press-brewed coffee would be. I added milk, since that's how I take my coffee, and gave it a whirl. 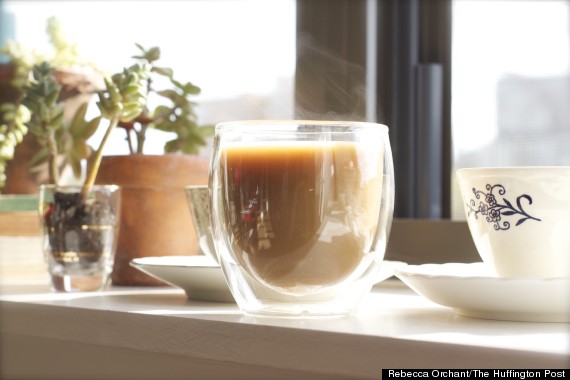 The first sip was a little overwhelming. It had a lot more flavor than I was expecting, having just diluted it with water and milk. The second sip was rounder, almost kind of buttery? It was everything I expected from a cup of pour-over, with about 1/3 of the meditative "staring at my coffee maker" time.

If you are a coffee nerd, but you are frequently only making coffee for yourself and tend to only drink one cup at a time, you would be crazy not to get yourself an Aeropress. You can make multiple cups of American coffee in the Aeropress by doubling or tripling the grounds and water, proportionally, then diluting with water as I did above. It's a great tool to have when I don't have 15 minutes to stare lovingly at my Chemex.

Also, the clean-up is incredibly easy. Because the plunger pushes every single iota of coffee grounds down the bottom of the tube, all you have to do is unscrew the cap, pop out the little hockey puck of grounds at the bottom into the garbage (or compost pile), and give everything a rinse. I definitely have further experimentation to do with this thing, and a side-by-side tasting of Aeropress coffee against Chemex coffee will probably take place in the very near future. But for now, I can tell you, this new bit of geekery is a welcome addition to my increasingly coffee-obsessed kitchen.

You can pick up your own Aeropress for about $30 including filters. Ever tried it? Desperately want to? Let us know in the comments!