A group of conservative students at the University of Texas at Austin held a bake sale on campus last week, charging different prices for brownies based on the customer's race. The group said it wanted to show why affirmative action is a terrible policy.

The affirmative action bake sale, held Sept. 25, was sponsored by the UT chapter of the Young Conservatives of Texas. Lorenzo Garcia, the group's president, said he wanted to demonstrate that affirmative action is "demeaning to minorities" and creates "reverse discrimination." 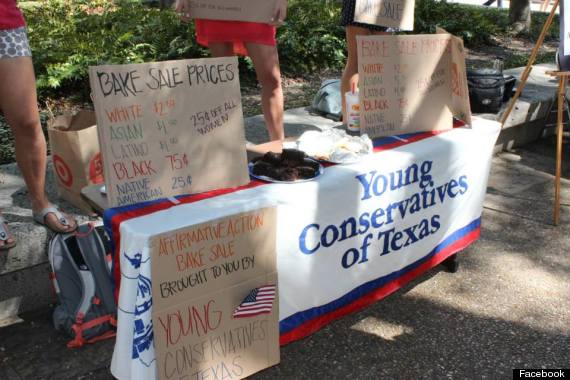 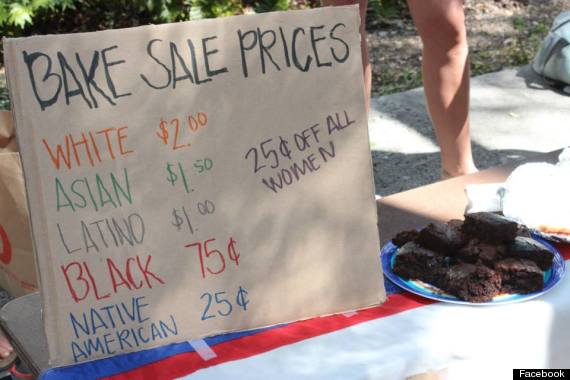 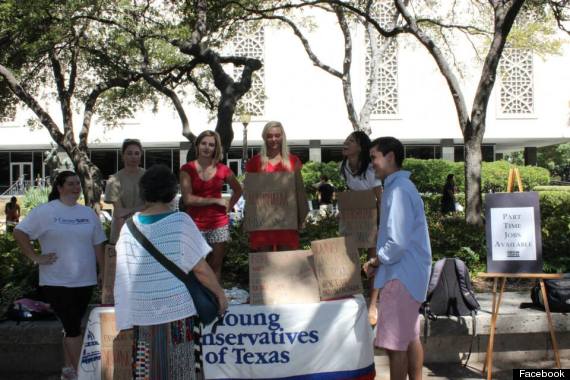 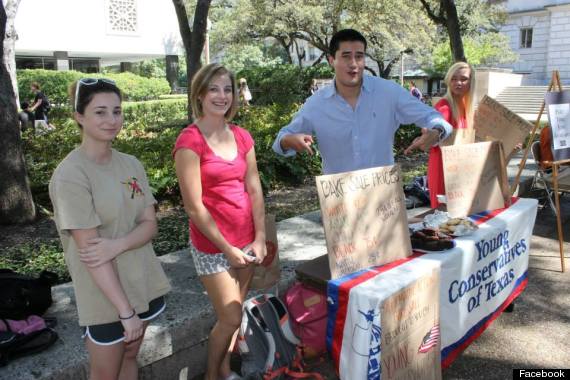 Gregory J. Vincent, the university vice president for diversity and community engagement, called the bake sale "inflammatory and demeaning," as well as "deplorable."

"The choice of a tiered pricing structure creates the misperception that some students either do not belong at the university or do not deserve to have access to our institution -- or worse, that they belong or deserve only to a certain degree," Vincent said in a statement. "Nothing could be further from the truth."

Pavel Nitchovski, a columnist at The Horn, a local newspaper that covers UT Austin, said the bake sale "was so hopelessly, so tragically stupid that it left me in that delirious state between laughter and tears reserved exclusively for those moments when you remember that your car’s windows are down during a rainstorm.

"What’s so sad about this whole bake sale (aside from its utter tastelessness and caricaturization of a very serious issue) is that the people involved actually think that they’re making a valid intellectual point with their childish actions," Nitchovski wrote. "They are convinced that rather than behaving like attention-seeking children, they are genuinely starting an intellectual discourse."

The conservative students had some defenders, including The College Fix blog, which said they were "standing up for America."

Affirmative action policies, though controversial, have the goal of increasing diversity in college enrollments by using race as a factor in college admissions. The U.S. Supreme Court has said affirmative action is constitutional if it's one of many admission factors and is narrowly tailored to meet the diversity goal.

Elite colleges are often criticized for failing to increase the diversity of their student body. As Time magazine notes, one of the reasons is because Advanced Placement courses are not offered in many poor and minority school districts, making it tougher for those students to get admitted to the best universities. At the same time, many flagship state universities facing dwindling funding are looking to enroll wealthy out-of-state students, crowding out space for poor and minority applicants.

There remains a significant gap in college enrollment nationwide between white students and minorities. Black and Hispanic students often end up going to lower tier colleges, where they have lower graduation rates.

The UT bake sale appears to have sparked less backlash than a similar stunt at the University of California, Berkeley, in 2011.

Nevertheless, The Daily Texan's editorial board gave it a "horns down," and called it a "childish stunt."

Images via Young Conservatives of Texas - UT Chapter on Facebook.

CORRECTION: A previous version of this article attributed The Daily Texan editorial board's comments to The Horn.