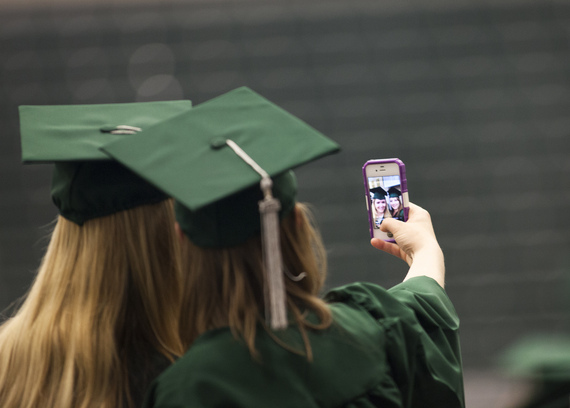 Conversations about affirmative action underscore an ugly truth about America -- that a country founded as a racial apartheid continues to dance around issues of race. On Wednesday December 9th, the Supreme Court heard oral arguments in Fisher v. University of Texas, in what may turn out to be a landmark case regarding affirmative action and diversity in education.

In 2008, Abigail Fisher, a white Texan, filed a discrimination suit against the University of Texas, claiming that her admission had been denied while less qualified students of color were accepted due to racial preference. The University of Texas, one of the premier universities in the state, uses a hybrid admissions policy; 75% of students are accepted on the basis that they ranked in the top 10% of their respective high schools, and the remaining 25% are accepted based on a holistic application process that includes race as one of many categories considered. Because Ms. Fisher finished outside the upper decile of students at her high school, her application would have be among the latter 25% considered. She was rejected.

It turns out that a closer look at Ms. Fisher's claim when compared to the university's actual admissions data for that year indicate that her application may not have been good enough to get in, and that those imaginary students of color with significantly worse grades did not exist. Yes, UT did accept approximately 47 students who had slightly lower grades and whose applications differed from hers in other criteria -- of those 47 students, 42 were white. Because Ms. Fisher could not prove that she would have been accepted otherwise, her lawyers would argue the injury occurred when the University of Texas considered her race. Due to equal protection laws, goes the argument, affirmative action practices that aim to increase diversity hurt white applicants. With that, Abigail Fisher became the embodiment of the delusional and ahistorical concept of reverse racism.

Herein lie a number of problems. As Professor Michelle Goodwin indicated in a 2012 piece regarding this same case, white women have gained the most from affirmative action policies. As male-dominated institutions and companies refused women opportunities, often solely on the basis of gender, civil rights legislation formed the crux of the assault against these discriminatory practices. Today, white women benefit broadly from higher education acceptance practices and hiring strategies at Fortune 500 companies, precisely because of their individual merit combined with affirmative action policies. And while gender discrimination is by no means a thing of the past, that white women like Abigail Fisher (and Jennifer Gratz before her) form the anti-affirmative-action vanguard is cruelly poetic in a world where black communities continue to face the compounding weight of historical disadvantage.

The Problem with Colorblind Politics

Arguments against affirmative action are largely predicated on the faulty notion that considering race as a criterion amounts to reverse discrimination, and that the best practices are colorblind. And though it is over simplistic to think of affirmative action solely on the basis race, it does provide the opportunity for a blunt discussion on the fallacy of colorblind politics.

Champions of the colorblind mythology dangerously misuse Dr. King's axiom that we should judge people by content of their character, not color of their skin, to hold that if we simply ignore race in the application process, racism will dissipate. The problem with such conceptions is that, followed to their logical roots, they are incredibly flawed. They maintain that there is no such thing as racial difference (sounds good so far), and so current racial disparities are a product of the disadvantaged themselves, rather than of historical and contemporary racial inequality.

In a vacuum, colorblind policies sound ideal, but history is not a vacuum. It is essential that we come to terms with the fact that the United States was founded as an apartheid, settler state, and the Constitution itself was not a colorblind document. It is a document that protected the institution of slavery without explicitly mentioning the word slave, perpetuating both the myth of a colorblind legal system and stratification based on race.

Two hundred and fifty years of American slavery was followed by almost a century of Jim Crow segregation. During these periods, every institution in the land benefited from the social and economic order imposed by slavery and legal segregation. While white America and and its institutions accumulated wealth, status, and privilege, an entire set of Americans were precluded from equal participation based on race. Because wealth and property are finite and produced by labor -- accumulation by some can only happen through disaccumulation of others. In the United States, one way this disaccumulation occurred was essentially through legalized theft across racial lines.

Among the most striking and under-examined precursors of contemporary racial inequality was the New Deal. Lauded as a government policy aimed at lessening inequality, the New Deal disproportionately benefited whites, producing a kind of white-only, federalized affirmative action. Policy after policy disadvantaged black people -- the Federal Housing Authority would not guarantee mortgages for blacks trying to buy homes in white neighborhoods and the Social Security Act initially left out agricultural and domestic employment, two job categories largely filled by black people, specifically black women. These two policies would contribute immensely to financial stability and wealth accumulation for white Americans while excluding black Americans. 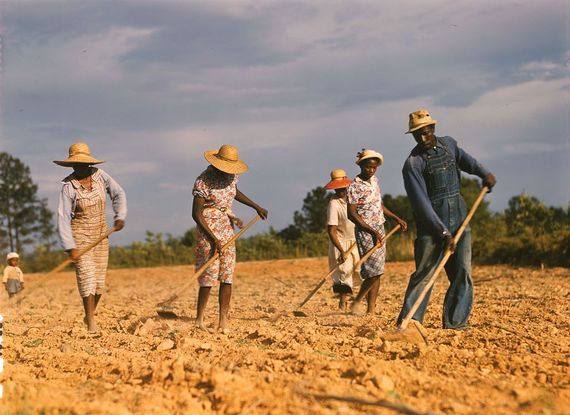 (For almost the first 20 years of Social Security, agricultural workers, the majority of which were black, were excluded from the Act.)

One need not peer into the distant past to witness the privileges of whiteness manifest. A 2004 study on job market discrimination indicates that similarly-situated job applicants with white-sounding names receive up to 50% more callbacks. This is further compounded when we consider studies that show that black men with associate degrees are as likely to find employment as white men who hold just a high school diploma. There is a complex matrix to today's racial stratification that includes targeting blacks in the "War on Drugs", policies that foster educational inequality, and, of course, disparities in inherited generational wealth. All of these would point to the continued need for affirmative action.

But perhaps the problem with the debate is that affirmative action laws generally argue that increased campus diversity benefits all students. While evidence suggests that this may be true, focusing on present-day diversity and not historical racism is a recusal of our responsibility to face our apartheid history, freeing white Americans from acknowledging the measurable accumulation of privilege over time. The history of the United States has essentially been one of affirmative action for white people, and the policy that irks Abigail Fisher and her supporters so much simply does not compare.