Students at Auburn University may be turning their home-building expertise into real-world housing market solutions.

Since 1993, the university's Rural Studio design workshop has allowed students to ditch the comforts of campus and head to the state's Black Belt region -- where poverty is high and jobs are scarce -- to create innovative and affordable housing projects. As City Lab reported, the program's 20K House initiative has figured out how to build an entire home for $20,000, benefiting both the region's poorest residents and community-oriented organizations alike.

The workshop has built the Hale County Animal Shelter, a Boys and Girls Club and park facilities in West Alabama, in addition to a series of small-budget homes for those in need. 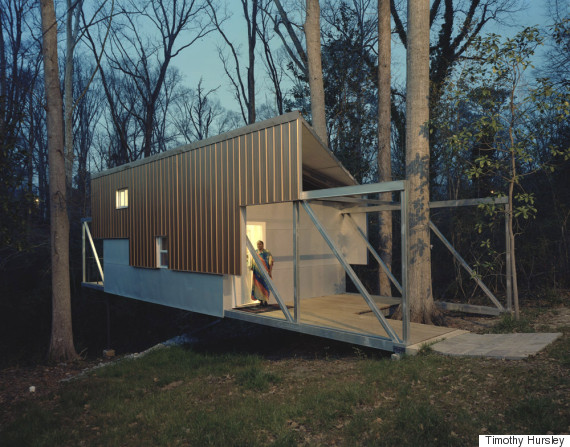 The studio told The Huffington Post, it once relied on Hale County’s Department of Human Resources (DHR) to provide names of potential clients to the 20K House program in order for students to select which residents the program could assist. Now that the studio has further developed relationships in the communities, however, it relies on information provided by the locals -- mail carriers, furniture delivery men and suppliers, among others -- to identify those who are both in need of help and open to the experience of working with a team of students.

After talks with several different types of organizations who could benefit from the workshop's designs -- including nonprofits, an artist community and local parks and recreation departments -- three prototypes for field-testing will break ground soon. The studio hopes to sell plans in the near future, once the price of the homes -- which are under 1,000 square feet -- is finalized.

As Fast Company reported in 2013, students "get embedded" into the towns they serve, becoming "a neighbor" to those they help, according to Rural Studio director Andrew Freear. They raise funds, design and construct their designs locally.

The program has built more than 150 projects to date, including 16 different iterations of the $20,000 house. 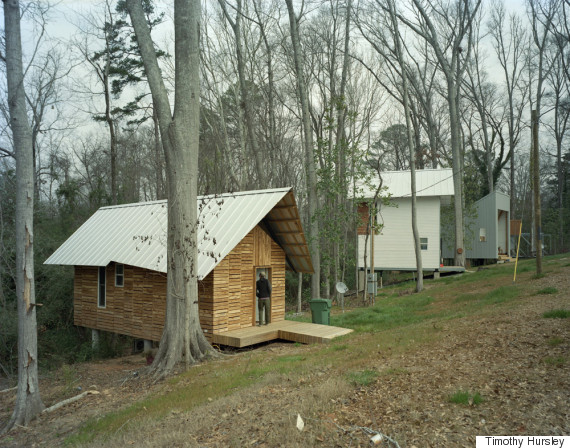 Data show communities in rural America -- western Alabama included -- are struggling to provide safe, affordable housing for residents. According to The Atlantic, the urbanization of America has left problems in more remote regions largely overlooked: Only about 21 percent of Americans lived in rural areas in 2012, which may be causing most Americans to lack an association with the critical issues facing rural residents.

The poverty rate in rural regions of the U.S. (at 16.1 percent) is higher than the national average (at 14.5 percent), according to 2013 figures from the US Census Bureau.

According to the National Housing Institute, the Great Recession deeply impacted rural America -- although that went largely underreported.

"There certainly was -- and is -- a housing crisis in rural areas," then-acting CEO of Neighbor Works America Chuck Wehrwein said last year, according to the institute's blog. "Although it hasn’t been as well covered by the media."

The institute noted that it's difficult to examine specifics on the falters and improvements to non-urban or suburban housing markets, as the U.S. "lack[s] quality information and data on rural mortgage performance." It also pointed out that rural Americans had been struggling with housing affordability for years before the housing crisis even struck.

That's not news to students of the Rural Studio design workshop. Their first $20,000 home (which includes costs of materials and labor, but not of land) was built in 2005, City Lab reported.

"Each year, the studio would look at a previous version and figure out ways to improve upon it or challenge it," Natalie Butts, the studio's manager of communications, told City Lab. "It became a new mission for the studio to develop this project into a product that others can have access to." 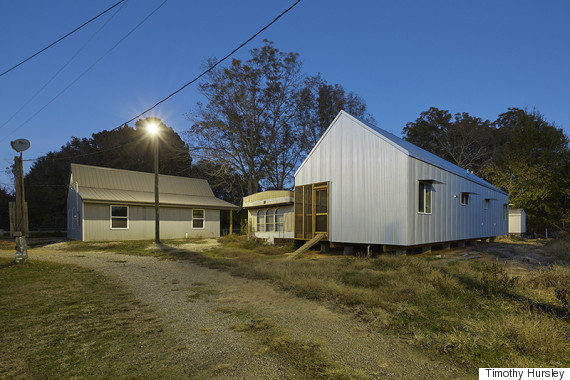 As City Lab reported, the $20,000 funding goal -- based off of the smallest loan amount someone living on Social Security could afford through the Department of Agriculture's Section 502 rural housing loan program -- would result in a resident paying about $100 a month for housing.

But the program is "not going to solve poverty, because architecture can't do that" -- Freear explained to Fast Company. It's not disaster relief or charity, either. According to the workshop's director, the 20K House project is a means to discover solutions that make economic sense for everyone.