One of the most common questions I am asked is: "How did you afford to travel around the world?" 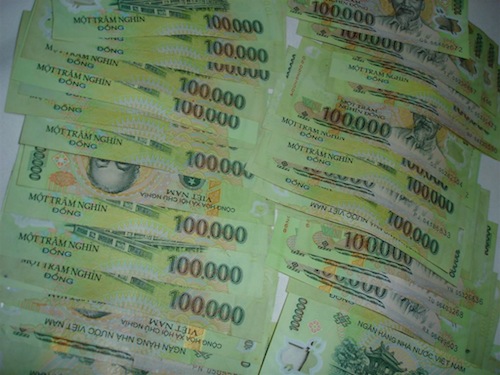 Here is the simple answer:

I saved money by traveling. In other words, it would have cost me a lot more to stay and live in Chicago than to travel around the world.

My monthly expenditures were significant:

Plus, in a normal year just living at home, random costs often come up as well -- car needs repairing, furnace needs replacing. And I never could get out of Target without spending more than one hundred bucks.

While traveling I mostly had to worry about transport, lodging, and food.

I did not need to maintain a car. I did not need to stock up on all the things you 'need' when you have a home: from toilet paper to vacuum cleaners to sheets to towels to clothes for every season to furniture to shower curtains and so on. I did not receive any bills except a credit card bill and a monthly storage bill. I canceled my cell phone and all my other utilities. I lived out of a bag and life was easy. Sometimes variety is the spice of life, but oftentimes, less is more.

No stuff = No worries.

So, back to that question. On average I spent about $2,000 each month, depending on where I was in the world. In Asia and Central America you can cut that in half. In Australia and Europe, things were pricier so I started Couchsurfing more and my costs fell accordingly. I stayed for a month in London and never paid for lodging. For all the talk of it being such an expensive city, some prices didn't really affect me at all. I didn't dine in fancy restaurants; I ate at my hosts or friends' houses a lot, and enjoyed the free museums.

A few times on my trip a friend met me somewhere in the world. So when we were in expensive Dubai, we were splitting most costs in half, which also made it affordable for me.

I splurged on occasion and stayed in a nicer hotel instead of a hostel or someone's home. I also splurged on a few tours, like the once in a lifetime week-long boat-tour of the Galapagos Islands. That shot my totals up for Ecuador, which could have been a 'cheap' country. But for me, it was worth it. Then, a country like Vietnam or Cambodia, evened it all out because it is so inexpensive. Lunch can be a huge plate of noodles for $2 and a beer for 50 cents. Yes, 50 cents. 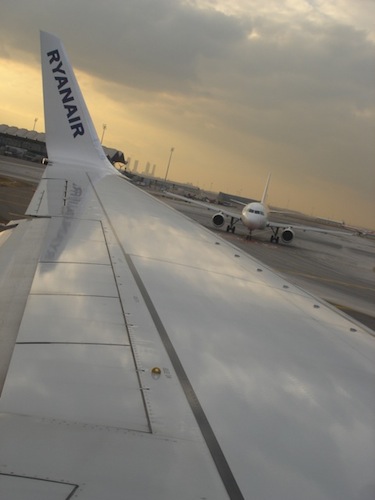 Many people's first assumption is that traveling for an extended period of time must be very expensive. But this is just not so unless the words 'budget' or 'cheap' are not part of your vocabulary. The most expensive part of your trip will be transportation, but even then... it's still cheaper than you assume because you are only booking one way tickets and your dates are more flexible so you can find amazingly good deals. My first 15 months traveling around the world cost me less than $5,000 in airfare, and that is with stops in about twenty cities on nearly every continent. I can thank to STA Travel and the great internet deals on budget airlines in Asia (Air Asia) and Europe (Wizz Air, Ryan Air, Air Berlin... nearly every country has a slew of its own budget airlines that fly all over). That's pretty great when you consider just one round trip ticket to Australia from the U.S. can be more than $2000.

Now, costs can certainly add up if you are staying at four and five star hotels and traveling in first class. It also can be very affordable if you stay in hostels and small, independent hotels and get all the discounts you can. Most hostels average around $20 per night depending on the country you are in (in Costa Rica I stayed at one that was $6 a night for a single room and in Australia some were $30 a bed). At the average rate it only costs me $600 a month for lodging. That's way less than the rent or a mortgage payment in Chicago. And that's not even taking into account all the nights I used couchsurfing.com -- the amazing worldwide hospitality network in which like-minded locals open up their homes to you free of charge as part of a larger cultural exchange. But what about before you left: Did you have some savings to feel secure in taking such a trip?

Good question. Well, first, I worked my ass off full time in television production for about 13 years. I have always been a saver and not much of a big spender so I put a lot of what I earned into the piggy bank. I never accrued any credit card balances or debt. I don't buy new shiny things just to have them or keep up with the Joneses or Garcias. For example: I owned the same used Honda Prelude my entire adult life.l I only sold it when I left to travel. 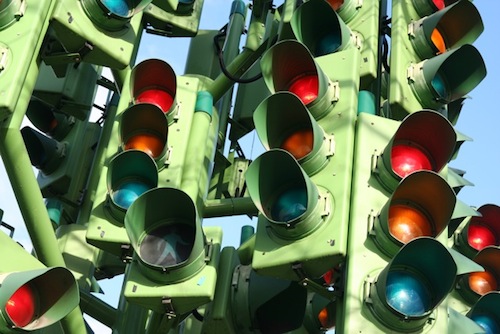 I've managed to avoid the other American dream -- to be a sucker for marketing and feel the need to run out and buy the latest iPhone, Plasma screen TV, DVD or even the fanciest latte. I am simply not much of a shopper, especially when it comes to clothes and shoes. I like cute stuff, but don't need name brands and don't need a million pairs of shoes.

So, don't let anyone scare you. Long term travel is totally doable and affordable. The fact that it cost me less to travel than to stay at home is a testament to that. And whatever savings I did spend, I certainly don't miss at all.