At first glance this is like any other third world city: noisy, dirty, chaotic. The traffic is a moving amalgam of cars, people and pack animals, a high-speed game of bumper cars where anything goes as long as you honk first. It makes rush hour traffic in most modern cities seem a veritable oasis of calm and serenity. Power outages are the norm. Flashlights always at the ready since you never know when you might be plunged into darkness.

Kabul has no underground sewer system. Waste drains in the open, concrete lined ditches alongside the roads. It only rains about 12 inches here, mostly in the winter. In the summer and fall the drainage ditches get clogged up with ... well you can imagine what they get clogged up with. Workers dig out the crud and leave it along side the roads. In the heat of summer it turns to dust.

The standing joke at ISAF (International Security Assistance Force) headquarters is that newbies are advised to do away with lip balm and lip-gloss as the dust in the air will stick to it and that 15% of the dust is made up of animal and human fecal matter. No one knows if that is true, but in Kabul it has become an urban legend that foreigners swear by -- whatever you do the newbies are told: don't lick your lips.

Technically the ISAF mission ended in December 2014 and was replaced by the Resolute Support Mission (RSM). Their function remains the same however. Both Afghans and NATO military personnel still refer to the military support mission as ISAF and I have continued to use the designation as well.

But this is also a city on the front line of a war that it has now endured for almost four decades. In the outlying areas there is little evidence of this save for the ubiquitous presence of razor wire on top of the stonewalls that surround many houses. Police cars are 4 by 4s with 35mm machine guns mounted on the flat bed. The accompanying policemen carry AK-47s, M-16s or M-4s. Not exactly your typical suburban police patrol. 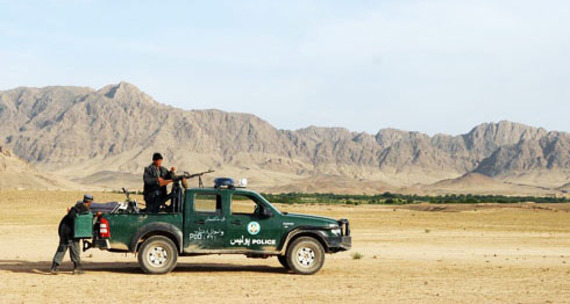 In the city core, however, the legacy of almost forty years of unrelenting conflict is unmistakable. Government buildings and embassies are veritable fortresses. Blast proof doors of four-inch thick steel guard the entrances surrounded by 20-foot, 18-inch thick, concrete barricades. The 20-foot concrete barricades are nicknamed "Texas" size while the five foot ones are called "Jersey" size.

Machine gun nests sit behind outposts of sandbags and concrete guarding the entrances. Everywhere, the ubiquitous razor wire adorns the tops of walls and barricades. If you were looking to start a business in Kabul, manufacturing and distributing razor wire would be a very good place to start.

Roads within the downtown core are blocked off with checkpoints and barricades. Referred to as the "Ring of Steel", the enhanced security was supposed to protect key government ministries and foreign embassies. Armed soldiers and police are everywhere. Automatic weapons and heavy caliber weapons the norm. There is no mistaking that this is a place where the prospect of death and violence are both familiar and expected. This is a city that feels and acts like it is on the front line of war. 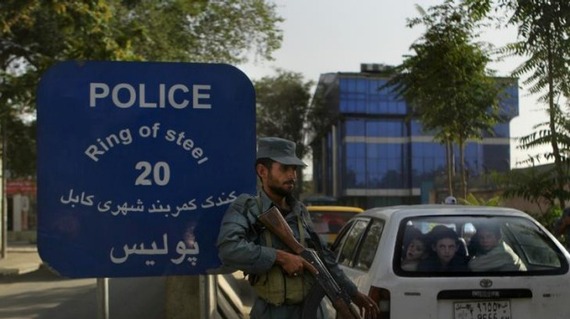 This stark imagery of war notwithstanding, there is actually very little conflict that takes place in Kabul. Some nights might be interrupted by the muffled sound of a small explosion occurring somewhere in the city or the odd exchange of gunfire, but for the most part, the city is mostly free of any actual violence.

Shopkeepers go about their business; university students go to school, fretting about upcoming exams. The sidewalks, such as they are, are thronged with shoppers. Bread shops, the local bread is quite tasty, do a brisk business. Marriage halls, an Afghan tradition, are everywhere. Life goes on, the inconveniences and the detritus of four decades of conflict simply ignored.

Nonetheless, there is a palpable apprehension in the city about what the future will bring. Those who can get out do so. The United States military employed hundreds of translators, most embedded in combat units, during the war and it has offered Special Immigrant Visas (SIVs) to many of them to immigrate to the United States. Scores of them took up the offer and one consequence has been that Fremont California has become a "little Afghanistan" set in the hills of Alameda County in East Bay.

Those with capital look to move it to Dubai and from there, elsewhere. Significant portions of the refugees streaming into Europe are Afghans looking to escape the uncertainty of Afghanistan. Germany, who has ended up with many of them, is planning to send them all back home to Afghanistan. The city is littered with half finished or empty buildings, especially in the suburbs. Rents are dropping, noticeably so for the better properties which were being used by foreigners. There is a steady stream of NGOs pulling up stakes or cutting back their staff.

The question foremost on everyone's mind: will the United States and NATO-sponsored International Security Assistance Force (RSM) pull out? Will the Taliban come back? The ambivalence of the Obama White House to make its long-term intentions clear only added to the apprehension. On October 15, finally, the White House announced that the U.S. withdrawal from Afghanistan would be suspended and that the current level of deployment would be extended to 2017. The extension, while a respite and a welcomed one, failed to address the long-term issue of how long the U.S. would maintain a presence in Afghanistan. The fear remains that the Taliban will come back, not today, not tomorrow but in two, three or four years -- will it be inevitable?

From a military viewpoint the situation on the ground is actually much better than media reports would suggest. At the moment, officially, the Taliban controls about 10% of Afghanistan and is contesting another 10%. In reality the Taliban probably controls or can exert influence in about 30% to 40% of Afghanistan. This is all in the rural areas, however. The Taliban has little if any support in the cities. Nor does it have the strength to take and hold the cities for any appreciable period of time, the events a few weeks ago in Kunduz notwithstanding.

The reality is that politically the Taliban is a spent force. In the countryside it may be a welcome alternative to corrupt, brutal warlords that terrorize the inhabitants of the villages they control. They have lots of money at their disposal, money that can pay for bribes, money that can buy influence and support. When they need them, men with guns are easy to find. This is Afghanistan after all. Two hundred thousand dollars will get you 700 to 1,000 fighters for two to four weeks. As a bonus they bring their own guns. Ammunition is extra. 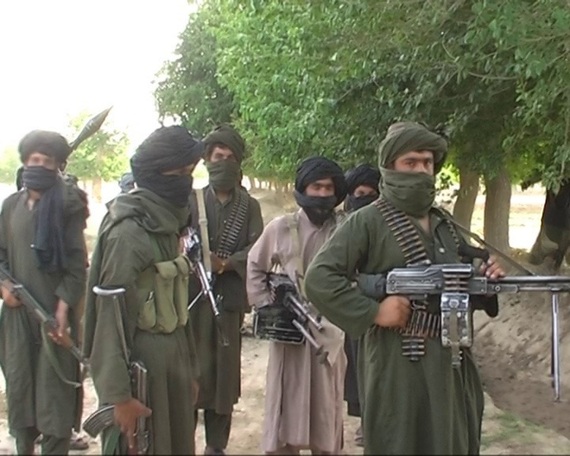 In the cities, however, the Taliban has little if any appeal. Two thirds of Afghans today are under the age of 25. They have grown up with the Internet. Google, YouTube, and Facebook are an integral part of their lives. Smart phones are ubiquitous and the city boasts two-dozen television stations.

The universities are thriving and they are supplemented by scores of private schools and institutes of learning. Having spent a week lecturing to university students and recent graduates I can attest, from my own experience, to the excitement and energy of young Afghans. They are nervous and apprehensive, but their eyes are firmly set on the future, not on a return to a Taliban dominated past.

Nowhere is this more apparent than with young women who have grasped the opportunities afforded to them by a university education and who are resolute in their commitment to transforming the status of women in Afghanistan while still holding true to Afghan culture and traditions. The fact is, that today Afghan society is well into a generational change that is slowly but steadily bringing this country into the 21st century. This is 2015 not 1996, there is no going back now.

The predominate view in the United States is that the war in Afghanistan was a failure. That we have little to show for the hundreds of billions of dollars that were spent or the thousands of lives that were lost; that Afghanistan, the graveyard of empires, will add America to the list of would be conquerors that it has broken and tossed out onto the dustbin of history. This is far too simplistic a view and one that is fundamentally wrong. 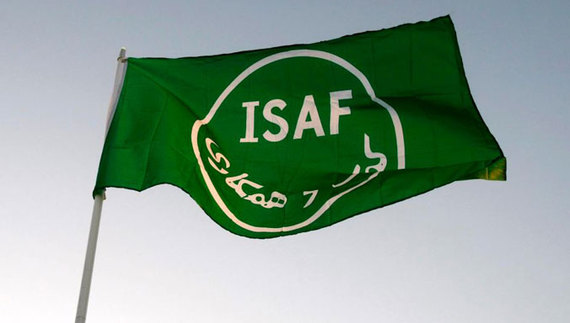 There is no question that the United States wasted hundreds of billions of dollars in its prosecution of the war against the Taliban. Our strategies were poorly thought out and failed to reflect or understand the reality of "Pashtunwali", the tribal culture of the countryside or the nature of fighting a Taliban inspired insurgency. Just when we were beginning to get some traction America's focus shifted to an untimely and ill advised war in Iraq.

The fact remains, however, that we have played an important role in transforming Afghan society and in doing so we have helped to lay a foundation that in time will bring Afghanistan into the 21st century and herald a better life for Afghan men and women. This is not yet a victory, far from it, but neither is it the unmitigated defeat that the Afghan war has been portrayed as.

At ISAF (RSM) headquarters the view of the military situation is sober but optimistic. The U.S. and NATO provide critical air support for Afghan troops as well as training, logistics, and intelligence. The present deployment is not enough to secure the countryside or rid it of the Taliban, but it is enough to stabilize the situation and to give the fledging Afghan government and army time to mature. 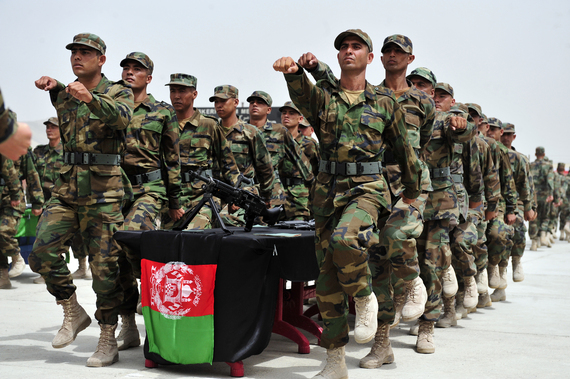 Problems still remain; corruption is endemic in government. The Afghan army is only eight years old. Desertion is rampant. For a young force it has put on a credible performance in battle, but it lacks the backbone of an experienced noncommissioned officer core to give it stability and continuity -- a task that will take a generation to achieve. The senior army leadership is prone to corruption, incompetence, and often times both. Unemployment is 40%. If Afghanistan is to move forward it desperately needs entrepreneurs, investment, and jobs.

Afghanistan is a work in progress. The present level of military deployment can keep the Taliban under control and sufficiently contain them from the cities until they fall into irrelevance. The problems of governance, however, must ultimately be resolved by the Afghan people themselves; the prospect of a stable, free Afghanistan and a new generation of Afghans committed to keeping it that way, may in time, resolve those issues or at the very least reduce them to a manageable level. Make no mistake, however, if we are truly committed to finishing the job we started in Afghanistan we will need to maintain this level of military deployment for the next 15 to 20 years.

It is a new morning in Kabul. It rained last night clearing the dust and grime from the air. For the first time, I can look out across the valley and see the magnificent vista of the Hindu Kush; the tops now covered in the white of freshly fallen snow. It is a new day in Afghanistan too, one of what can be many new days, but only if America stays the course and tells the Afghan people unequivocally that they are here for the long-term.