Retired Army Gen. Barry McCaffrey called the shooting deaths of two American advisers in Afghanistan "outrageous" on NBC Nightly News on Saturday and said the killings demonstrate the "shallow impact [the United States] has on this primitive society."

The retired general, NBC's military analyst, also went on to say that the U.S. needs to "re-evaluate the notion of having thousands of Americans isolated all over Afghanistan" as the country prepares to withdraw its troops from Afghanistan by 2013.

A gunman killed two Americans military advisers with shots to the back of the head while riots sparked by the burning of Qurans at a NATO base flamed on, The New York Times notes. Afghan President Hamid Karzai took to the airwaves on Sunday to ask for calm in his country after five days of violent protest according to The Washington Post, in hopes to quell rising tensions.

Meanwhile, CNN reports the shooter has been identified as Abdul Saboor by Afghan officials, and the top commander of U.S. and NATO forces recalled all international military personnel from the ministries in Afghanistan in reaction to Saturday's shootings. 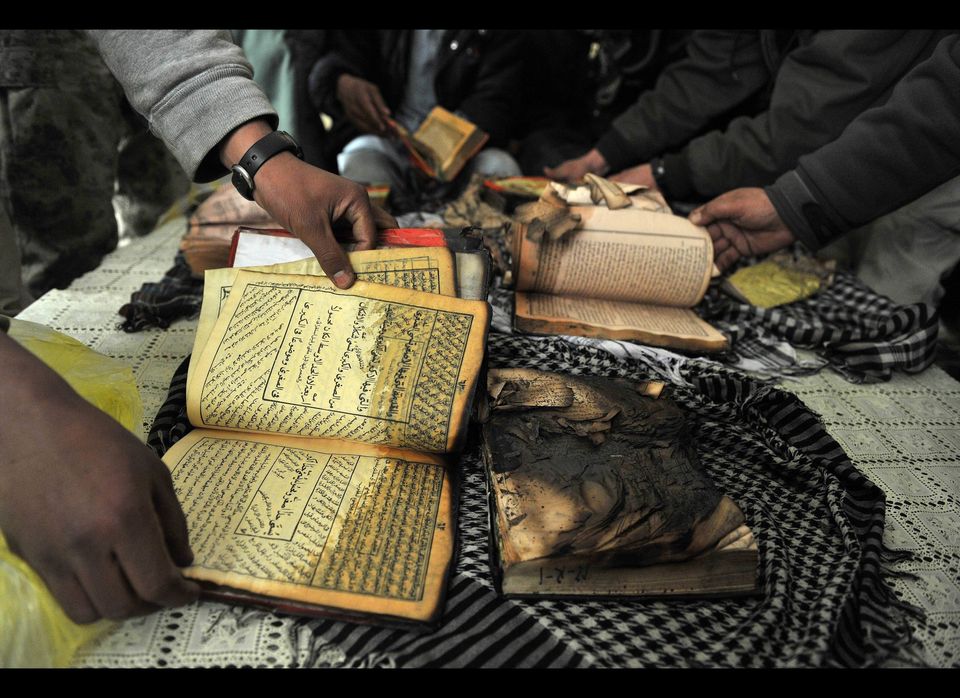 1 / 5
Afghan demonstrators show copies of Koran books allegedly set alight by US soldiers, during a protest against Koran desecration at the gate of Bagram airbase on February 21, 2012 at Bagram about 60 kilometres (40 miles) north of Kabul. (SHAH MARAI/AFP/Getty Images)
Getty