On May 2, 2011, a US Special Forces operation, code named "Neptune Spear," ended the life of Osama bin Laden (OBL). In the ensuing 5 years there has been much debate on whether OBL's demise benefited the war on terror. After all, many terrorist groups are on the march from Nigeria to Libya, from the horn of Africa to the Middle East and other parts of Asia. The most dangerous among them, with a vast outreach, is the Islamic State in Syria and Iraq (ISIS). Terrorism spreads fast like wild fire in politically unstable and failed states. Due to rapid proliferation stopping it is a hard proposition at best since eliminating the original source won't necessarily extinguish the fire completely. It takes time and coordinated effort to finally put the fire out. Despite OBL's end terrorism has proliferated as never before. But making OBL pay for the killing of 3000 people in the US was the right decision. This was also a message to other terrorists that their crimes will not be forgotten, and one day they will pay for them.

OBL was hiding in plain view of the Pakistani authorities near the Military Academy in the city of Abbottabad. Pakistan had consistently denied any knowledge of OBL's whereabouts, claiming that the founder of the terrorist group Al Qaeda and his close aides had taken refuge in the mountainous region on the Afghanistan Pakistan border. But his close proximity to Pakistan's Military Academy without the knowledge of the Pakistani authorities is farfetched. This shows the duplicitous nature of Pakistan's war on terror in the same way that Pakistan provides safe havens and support for the Taliban. Countries such as Pakistan provide a constant spark to the terrorism fires. This is one of the underlying factors complicating efforts to combat terrorism. It is appropriate to remember that we, the US, supported individuals like OBL and others in the waning years of the cold war. The US and a number of other countries were outraged when the Soviet Union invaded Afghanistan on the eve of Christmas in 1979. One reason for the invasion was to prevent the collapse of the Afghan communist regime beholden to the USSR. This regime was installed with the support of the USSR in a bloody coup d'état in 1978. The US and allies such as Egypt, Saudi Arabia and others began arming Afghan groups through the Pakistanis to fight the invading Soviet Red Army. At the same time hundreds of individuals from some Gulf States, including wealthy people like OBL from Saudi Arabia, flocked into the Pakistani city of Peshawar. Scores of not so wealthy others from Morocco, Libya, Egypt, Algeria and so on, joined in to fight the "right" fight or jihad against the "Godless" USSR. The effectiveness of these groups and their efforts to help the Afghans fight the invaders are debatable. But there is no doubt about their radicalization and networking which would eventually lead to the creation of Al Qaeda in 1988 headed by OBL. 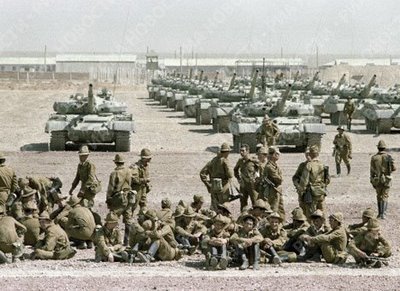 After the USSR withdrawal from Afghanistan, OBL went back to his native Saudi Arabia and became disgruntled, denouncing the kingdom when that country allowed its soil to be used by the American forces in the first Gulf war to evict Iraq from Kuwait. Saudi Arabia revoked his citizenship and OBL was exiled to Sudan where he continued to strengthen Al Qaeda and plot attacks against the US and its interests. In 1996 he was forced to leave Sudan. He and his entourage flew to Afghanistan at that time where the Taliban had established their reign. Afghanistan was a perfect environment (as a failed state) for OBL to hatch the plan of attacks of September 11, 2001. Although in the immediate aftermath of 9/11 OBL was the number one target, President Bush later declared that the war on terror was bigger than one person. The US forces went after OBL as he was fleeing Afghanistan in December 2001 at the onset of Operation Enduring Freedom. But the operation to kill or capture him in the mountainous region of Tora Bora was bungled. OBL and his cohorts were able to get themselves to the safety of Pakistan and their old friends, the Pakistani intelligence (the ISI).

What is OBL's legacy? OBL and the classic (original) Al Qaeda in south Asia have been marginalized as a result of the US's relentless pursuit which eventually led to OBL's demise. OBL's many other associates met similar fates. But they were also able to create copycat terror organizations in the Middle East and elsewhere. Some of these terrorist groups became even more violent, such as Al Qaeda in Iraq under the leadership of Abu Mosab Al Zarqawi and Al Qaeda in the Arabian Peninsula (AQAP). The Al Zarqawi followers went on to create the self-declared Islamic State (ISIS) which proves to be even deadlier and more destructive than the others. As of late one of OBL's sons, Hamza Bin Laden, has surfaced through a video message. The young Bin Laden's message is for the Jihadi groups in the Middle East to unite. Will Hamza Bin Laden be able to revive his father's legacy? Not very likely in the short term, but it remains an open question. 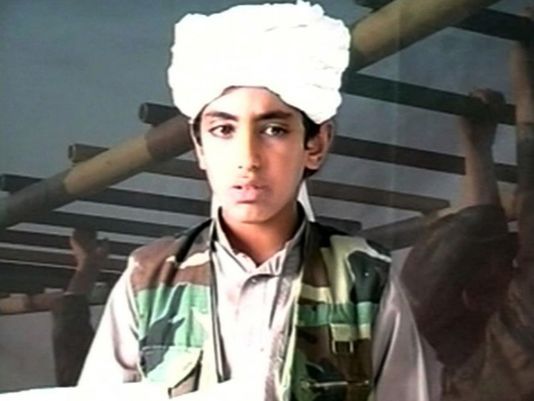 Osama's Son, Hamza Bin Laden (Photo: The Independent) Al Qaeda in Afghanistan is not very relevant now, although some Taliban have pledged allegiance to ISIS. As a result, ISIS has established a presence in eastern Afghanistan. ISIS refers to Afghanistan as the Khorasan Province. This is a name which Arabs used in the 7th century before invading the region and bringing Islam to what is now Afghanistan. The Afghan Taliban admit that it was a mistake to harbor OBL and Al Qaeda in 1996. Had they (the Taliban) not done so, they would not have been subjected to the wrath and fury of the American forces. Consequently, they would still be in power in Afghanistan today. 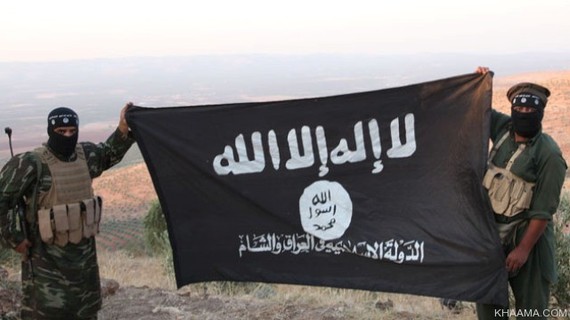