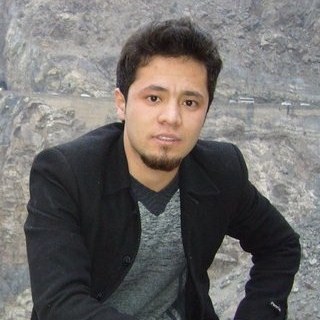 Once an abuser himself, Ali Shahidy is now an ally for women and an outspoken advocate against gender-based violence in his homeland.

Gender violence plagues Afghanistan and my family is no exception. The patriarchal structure of our culture makes it rampant. The pervasive silence makes it everlasting. The pain of gender violence is a nightmare that haunts many Afghan families. My most tragic childhood memories are ignited every time my dad raises his voice in a violent way. The fear of seeing my mom beaten in front of my eyes incites panic. I was raised in a culture of violence. War was only part of it.

I wasn't only the son of a victim and an abuser. I became an abuser. The cycle of abuse continued as I began to beat my sisters and harass girls in the street. I used to restrict my sisters' mobility, their appearance, their associations, and more. Afghan customs taught me that the honor of my family was more important than the physical and psychological wellbeing of my sisters. I made vulgar comments and gazed salaciously at random girls in the street. I was following accepted cultural norms without shame.

During the same time, my younger sister, Roya, was forced to abandon school and marry against her will. She became another victim of domestic violence in her wretched and abusive marriage. Living in Iran, her life was a silent prison of suffering and pain. Her husband beat her during her pregnancy, threatened their infant son with a knife, and tortured her on a regular basis. His drug addiction fueled his rage. The scars on her hands and her drastic weight loss were the only things that spoke of her horror. Like my mom and many other Afghan women, Roya quietly and dutifully accepted her fate.

When we learned about the five years of Roya's suffering, we immediately took action. To rescue her, we were confronted with torrents of challenges -- financial difficulties, distance, laws that maintain gender norms, social stigma, and relatives who opposed and condemned us. These obstacles made me realize how wrong and devastating our culture was. It was the first time I studied about women's rights. I had to fight with Mullahs and our elders. I had to struggle with practices, beliefs, and values that filled my life since birth. When Roya's husband discovered our plans, the intensity of his violence escalated. Concerns about Roya's safety filled my thoughts at work, at home, and during my studies. Her life was in danger and I was her only hope.

I doubled my efforts, saved more money, learned more about women's rights, and gained the assistance of more friends. Finally, we brought Roya and her baby home. She was safe... and my world view had changed forever.

Reading and studying more about the plight of Afghan women, I realized that gender discrimination and inequality are wrongly ingrained in our culture. Everywhere I went I saw women like Roya -- women quietly accepting their fate. I knew I had a responsibility to fight for their rights and rescue them from their prisons. All women should have the same freedom as my sisters. Women should not be viewed as servants, property, or sexual commodities. Men are blind and need to be healed. Women's mouths are sealed and those seals must be broken. Violence is not a woman's fate.

I am strongly involved in advocacy work and fighting for women's rights. I am a vocal opponent of violence against women. I actively support victims and encourage people to talk about violence. Through speeches, global digital action campaigns, public awareness events, community discussions, and more, I am encouraging people to break the cycle of violence. Step-by-step, I am removing barricades and changing men's views towards women. Through tears and determination, my sisters and I changed our fate. We broke the cycle of abuse in our family.

Together, men and women will stand hand-in-hand, raise their voices, and challenge the dominant and parochial beliefs of our culture. Together we will end violence against women.