The majority of Republicans now think the war in Afghanistan was not worth fighting, according to a Washington Post-ABC News poll conducted last week.

For the first time, more Republicans and Republican-leaning independents opposed the war than supported it, with 55 percent saying they considered the costs of the war greater than its benefits. Sixty-six percent of all respondents said the war was not worth fighting.

The war could become an issue in the general election. GOP frontrunner Mitt Romney, unlike most of his primary rivals, has not questioned the nation's commitment to Afghanistan, and he has criticized President Obama for his timeline to give Afghans security responsibility by 2014.

"I think it is plain to see conditions are not going very well," Romney told Fox News. "And I lay part of the blame on that on the lack of leadership on our president."

The poll showed mixed support for Obama's handling of the war, with 48 percent approving of his actions and 43 percent disapproving. Respondents were split as to whether Army Staff Sgt. Robert Bale's killing of 17 Afghan civilians indicated broader problems or was an isolated incident. But they showed concern for the toll warfare can have on service members, with 80 percent saying the military should put time limits on deployments to combat areas. 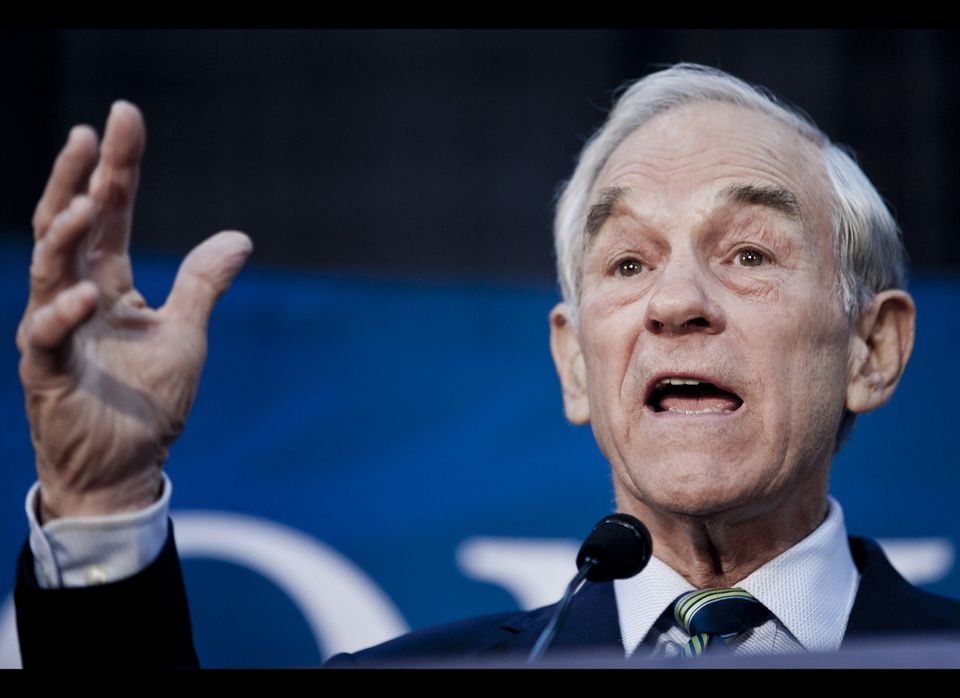 1 / 5
Republican presidential hopeful U.S. Rep. Ron Paul (R-TX) has offered the <a href="https://www.huffpost.com/entry/ron-paul-afghanistan-withdrawal-gop-presidential-debate_n_858381" target="_hplink">clearest stance</a> of any GOP candidates on Afghanistan, criticizing both his <a href="https://www.huffpost.com/entry/ron-paul-republicans_n_1394927" target="_hplink">fellow Republican</a> candidates and President Obama while unwavering in his belief in withdrawal: It was a waste, there's not gonna be a happy ending, and I think the Republicans have dug a hole for themselves because they're trying to out-militarize the president, say 'we should do more.' Yet 75 percent of the American people say 'we've had enough.' (Photo by T.J. Kirkpatrick/Getty Images)
Getty