The father of 14-year-old Fatemah Qaderyan, team captain of the all-girl robotics team from Afghanistan whose members made headlines last month when they competed in the U.S., was killed this week in a suicide bombing.

Mohammed Asef Qaderyan, 54, had been at a mosque Tuesday in the family’s home city of Herat when attackers affiliated with the Islamic State militant group set off explosives, killing themselves and dozens of others.

Just 10 days earlier, Fatemah and her five teammates had won a silver medal for “courageous achievement” at an international robotics contest in Washington, D.C.

“I am so excited, and very, very happy,” Fatemah told The New York Times after her team earned the silver medal. “I still can’t believe this happened.”

The team gained widespread attention after the U.S. embassy in Kabul denied their visa requests twice, prompting international outage. The girls, who had twice traveled nearly 500 miles to the Afghan capital to apply for their visas, were eventually granted “parole” that would allow them to stay in the U.S. for 10 days after President Donald Trump intervened in the matter.

During the competition, Fatemah told Al Jazeera that her father was her “greatest support.”

Roya Mahboob, an Afghan entrepreneur whose company sponsored the team’s trip, confirmed Mohammed’s death in a tweet on Thursday.

Condolences to Team Afghanistan's captain,Fatemah whose father passed away in recent attack by ISIS in Herat.His daughter made him so proud pic.twitter.com/9StgUjdHPc

″[Fatemah] is very angry and is not eating or speaking to anyone,” Ali Reza Mehrban, the team’s director, told Al Jazeera. “She is going through a very difficult time.”

Tuesday’s bombing in Herat is only the latest attack against Afghan civilians in the country’s bloody, drawn-out war. More than 1,700 Afghan civilians have been killed in the past six months alone, according to the Times.

On Wednesday, two U.S. service members were killed when a suicide bomber attacked a NATO-led convoy in the Kandahar province. 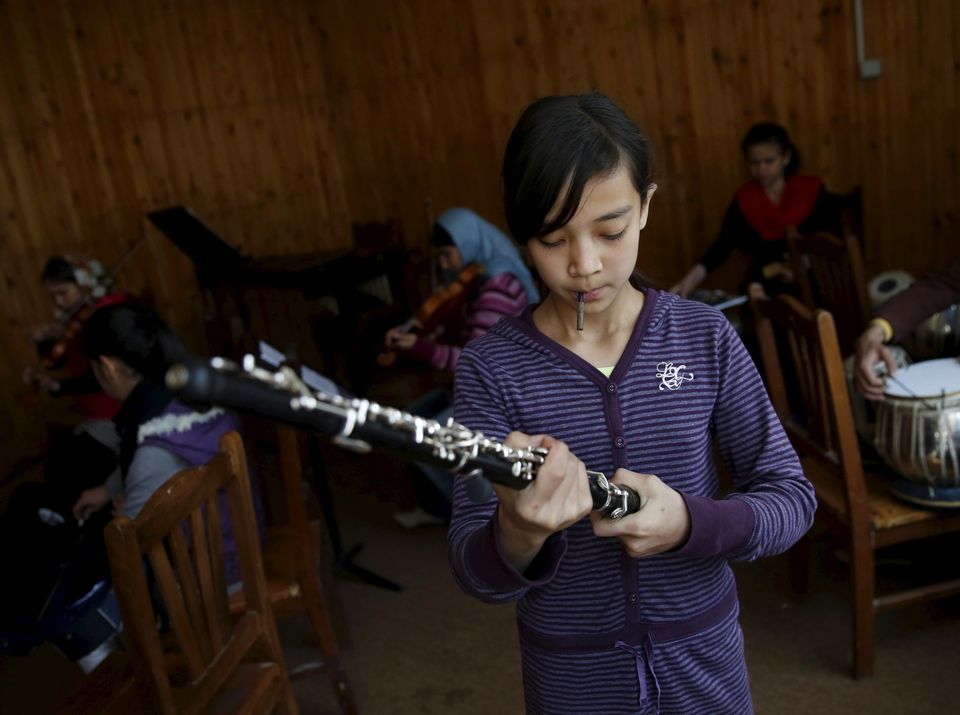 1 / 8
A member of the Zohra orchestra prepares for a rehearsal at Afghanistan's National Institute of Music, in Kabul, Afghanistan on April 4, 2016.
Ahmad Masood/Reuters