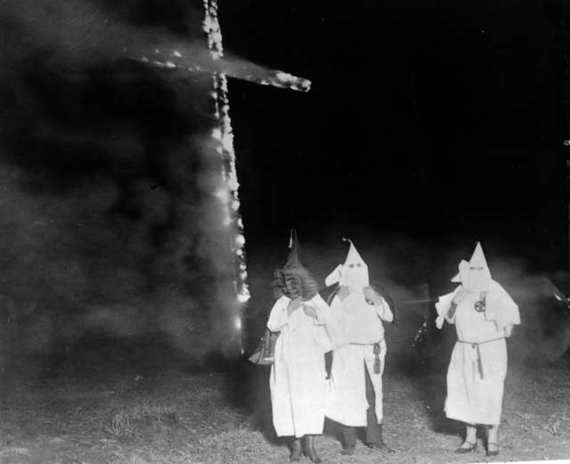 "No great work of art was ever developed in a town in which half the citizens of the town turned out in nightshirts and sidearms to terrorize the other half. And no great work of art was ever produced in a town which yielded itself at intervals to debauches of religious frenzy, with some preposterous mountebank of an evangelist roaring objurgations from his platform at every idea and ideal upon which the civilization of the modern world is based. Try to imagine a Shakespeare beset by fundamentalism, or a Goethe trying to work with the Ku Klux Klan roaring under his door!" --Henry Louis Mencken, 1923

The heartbreaking image from early September of the lifeless body of a child lying face down on a Turkish beach will be one of the most indelible symbols of the Syrian conflict. Like Nick Ut's Napalm Girl and Steve McCurry's Afghan Girl, it is a searing image that shows the painful toll that war takes on children fleeing from violence.

Since 2014, Syrian refugees outnumbered Afghan émigrés, which had since been the largest displaced population in the world since the early 1980s, according to the United Nations High Commission for Refugees. Today, Afghans form the second largest group trying to make its way to Europe.

Both populations are escaping conflicts and a lack of security largely brought on by the brutalities and backwardness of extremist ideologies. Both are running away from the terrible misinterpretation and perversion of religion by terror groups (the Taliban and ISIS) who were birthed by wars launched at the hands of external forces. In Afghanistan, that force was the Soviet Union. In Syria, it was the U.S. war in Iraq.

As ISIS competes with the Taliban for influence and territory in Afghanistan, and with the Taliban making bold moves to regain key cities, the question there remains: How can these kinds of cancerous philosophies, or anything close to them, be stopped?

Like any answer to a complicated question, its solution is multipronged, and it must be applied over the long term. However, perhaps one of these prongs may find inspiration from how America stemmed the rise of its own domestic terror organization: The Ku Klux Klan.

Like the Taliban, the Klan--bonded by fundamentalist theology and ethnic supremacy--was founded in the south after a brutal civil war, and its goal was to frighten and kill a marginalized segment of society (along with their supporters) that did not adhere to their abhorrent and discriminatory ideology of the world.

"The early Klan did its work through pamphleteering, lynching, shooting, burning, castrating, pistol-whipping, and a thousand forms of intimidation. They targeted former slaves and any whites who supported the blacks' right to vote, acquire land, or gain an education."

After being largely extinguished by legal and military interventions, a 1915 propaganda film, The Birth of a Nation, reignited its fiery ideology. According to Levitt and Dubner, "By the 1920s, a revived Klan claimed eight million members, including President Warren G. Harding, who reportedly took his Klan oath in the Green Room of the White House."

By World War II, the Klan was also no longer confined to the South; it had spread throughout the country and was targeting not only blacks, but also Catholics, Jews and immigrants. "The Klan was in cahoots with political, business, and law enforcement leaders," fostering a very public fear, Levitt and Dubner write.

Kennedy, a 30-year-old author and journalist, believed America's worst enemy was bigotry and "saw the Klan as the terrorist arm of the white establishment itself," according to Levitt and Dubner. The book Fiery Cross: The Ku Klux Klan in America describes Kennedy as "one of the most militant and persistent opponents of injustice of his generation."

In his effort to combat the KKK's influence, Kennedy infiltrated the Christian white supremacist group, jotting down notes in a secret shorthand when he got home.

Within a few weeks, Kennedy concluded that the Klan was nothing more than a fraternity of poorly educated losers and hypocrites who engaged in quasi-religious rituals to gain recruits and money.

In a stroke of brilliance, Kennedy then fed the information he had gathered to the producers of the radio show Adventures of Superman, which had an audience of millions. After spending years fighting Hitler, Mussolini and Hirohito, Superman would now lead a battle cry against the Ku Klux Klan.

Each night for several weeks, the Klan was infantilized on the children's program, with its secret code words outed to the masses of listeners. Suddenly, the mystique, sacred rituals and secret information of the KKK, which had for so long engendered fear, was being converted into ammunition for children's mockery.

"Instead of roping in millions of members as it had just a generation earlier, the Klan lost momentum and began to founder," Levitt and Dubner write. "The Ku Klux Klan was a group whose power ... was derived in large part from the fact that it hoarded information. Once that information falls into the wrong hands, much of the group's advantage disappears. The Klan trafficked in secret information whose secrecy engendered fear."

Like the KKK, Afghanistan's terror groups largely gain traction, momentum and membership through brazen terror attacks, fear-mongering and the presentation of themselves as preservers of their faith. Like the KKK, the Taliban and ISIS use propaganda in the form of films, pamphleteering and sermons to gain recruits and extend their brand. Granted, these modern-day terrorists may do most of this through well-orchestrated YouTube and social media campaigns, but the spirit is the same.

However, if the Afghan government (through its Ministry of Information and Culture) used inspiration from Stetson Kennedy's very public exposure of the Klan's private actions, and applied it against the Taliban and ISIS, it could expose them for what they really are: Uneducated thugs who have no real vision beyond creating fear and chaos.

By de-fanging the Taliban and ISIS through an inventive, well-funded and organized nationwide anti-propaganda campaign of educative mockery and inculcation, the Afghan government could kick the pulpit out from under them. Hurling truth against falsehood, a nationwide spotlight would be cast on their terrible interpretation of the Qur'an, exposing them for the hypocrites that they are--particularly to the many vulnerable minds who may be lured to their deceptive ideologies.

In my opinion, it serves no one that the Afghan government is simultaneously considering to resume peace talks with the Taliban, while pursuing a military strategy against them.

After all, what would the long-term results be from a deal with the Taliban? If their minds are stuck in 7th century thinking, how can a 21st century accord be reached? What compromises could possibly be made to them--the surrendering of southern Afghanistan's educational system, or the ending of girls' enrollment in schools?

With Afghanistan still dealing with the detrimental effects of the CIA-funded children's curriculum that promoted holy war against the Soviets in the 1980s (in textbooks such as The Alphabet for Jihad Literacy), it cannot afford to mortgage away yet another generation.

The Taliban, ISIS, al-Qaida, Haqqani network, even the mob that killed the young Afghan woman Farkhunda--or any mindset that comes close to these ways of thinking--need to be systematically and creatively picked apart as not only anti-Muslim and anti-Afghan, but as anti-family, anti-humanity and anti-progress. In the case of the Taliban, the campaign can separate the generalization that they in any way represent Pashtuns or the code of Pashtunwali, but instead should expose how they dishonor the tribal group's rich history.

Through repetition and evocative imagery, not unlike Kennedy's pivotal take-down of the Klan, the Afghan government can help to gradually curb the rise of backward thinking in all its evil forms, at least within its borders. Unfortunately, like the KKK, these terror groups will not disappear after such an effort, but their power can certainly be weakened through the power of courageous media.