The Afghan war is still raging with no end in sight as the Taliban are ever more resurgent with deadly effect. The latest suicide bombing, which killed 30 police cadets and injured another 58, happened on June 30th. It took place in the capital, Kabul, presumably the safest city in Afghanistan. The US and its NATO allies began Mission Resolute Support in January 2015 by giving the Afghan National Security Forces (ANSF) full security responsibility. More than 18 months on, ANSF continues to struggle with many security challenges, discipline, staffing, lack of adequate leadership, and so on. The current US troop level in Afghanistan stands at 9800 and the initial plan called for a troop reduction by the end of this year to 5500. However, President Obama, calling the security situation precarious, announced that 8400 troops will remain in the country through the end of his term. 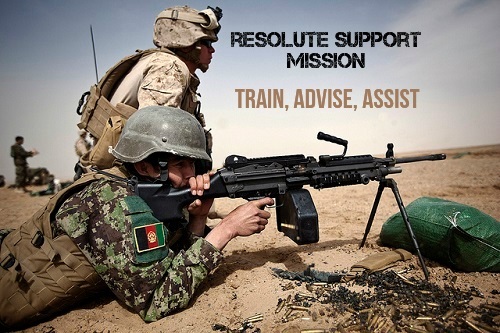 President Obama also stated that US national security concerns were one of the reasons for the slower withdrawal. US Afghan policy hawk Senator John McCain accused President Obama of being responsible for the deteriorating Afghan situation. Was Obama's hand forced by a resurgent Taliban, is the US national security at risk? Or is Obama derelict as Senator McCain charges? Yes, US national security is the most important consideration, as the Taliban are becoming more assertive. No, it is not President Obama's fault that the Afghan situation remains precarious. Mr. McCain and others would be remiss in forgetting that the Taliban's resurgence began anew when we had tens of thousands of troops in Afghanistan in 2006 and beyond. 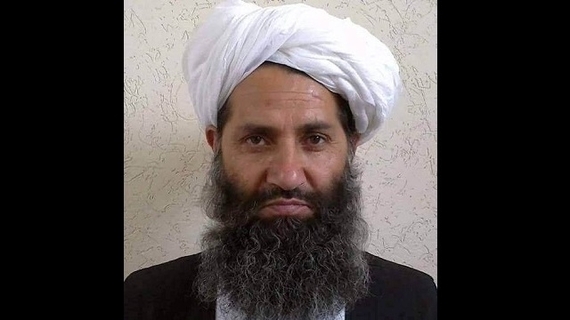 Following the death of the Taliban's second in command leader, Mullah Mansoor, by US drone strikes in Pakistan, there were expectations that the Taliban were in disarray leading to their weakening. But they wasted no time closing ranks behind Mullah Haibatullah as their new leader. Their increased brazen attacks show that they are anything but weak. While any failed state provides perfect grounds for the emergence of terrorism, the Taliban are no longer a direct threat to the US homeland. The Taliban have learned their lesson not to harbor groups again who are a threat to mainland US, such as Al Qaeda. The Taliban recognize the fact that had they not welcomed Al Qaeda to Afghanistan in the 1990s, they (the Taliban) would still be in power. They reason that the US would not have invaded Afghanistan under the banner of a "global war on terrorism."

The Islamic State in Iraq and Syria (ISIS), on the other hand, is a direct threat to the US in the form of terror activities. However, they are at odds with the Taliban, and although they have established a presence in eastern Afghanistan, ISIS is much weaker than the Taliban. Furthermore, due to animosity between the two groups, the Taliban are expected to keep ISIS's growth in check. But the Taliban are a huge threat to the existence of the current Afghan government. Reducing troops will put the Afghan government in jeopardy. So perhaps in this sense the Taliban may have indirectly forced President Obama's hand to only nominally reduce troop levels for now.

The Afghan Taliban are more powerful and hold more districts in Afghanistan than at any time since 2001. While mistakes have been made over the years, the US and its president did not fail Afghanistan. Rather it is the two Afghan governments since 2001 that have spectacularly failed the Afghan people and squandered the opportunity to lay the foundation of a viable nation state. President Ashraf Ghani, the head of the National Unity Government (NUG) welcomed the decision to leave more troops in Afghanistan. But very few people expect the decision to delay US troop reduction will have a significant effect on curbing the Taliban's rise. Ghani and his once rival but now partner, CEO Abdullah, will not be able to survive without US troops. In the absence of serious efforts by the NUG to reform, US presence will maintain the status quo, prolonging the ever deepening Afghan problems.

Another significant factor adversely affecting Afghanistan is Pakistan's continued support of the Taliban. Pakistan is waging a proxy war in Afghanistan, through the Taliban, partly to counter Indian influence. Afghanistan is not in a position to force Pakistan to stop supporting the Taliban insurgency. However, the Afghan government can convince Afghans that the NUG is a better alternative than the Taliban, hence sapping Taliban support inside the country. But the only way possible to do so is through reforms such rule of law, ending the culture of impunity and corruption, economic growth, creating jobs and providing security. US support without the NUG doing its bit has been a waste thus far. The NUG has been in power for nearly two years. Both Ghani and Abdullah made promises to bring about the necessary political, economic, judicial and other reforms along with eliminating the endemic corruption. But by all accounts it is business as usual, to the dismay of rank and file Afghans. Thousands of young Afghans risk their lives and take on perilous journeys to Europe because they have no hope in Afghanistan. Maintaining 8400 US troops will not change any of that. All that does is to provide protection for Kabul and its elite. After 16 years of engagement in Afghanistan, Operation Enduring Freedom morphed into Mission Resolute Support with no end in sight. Perhaps it is time we call it Mission Everlasting!