An appeal court in Kabul, Afghanistan reversed the death sentences of the killers of Farkhunda, a young woman who was murdered by a mob in plain daylight in downtown Kabul. The four defendants were, instead, given prison sentences ranging from 10 to 20 years. This decision by the kangaroo court made in total secrecy raises many disturbing questions and has alarmed women's rights groups in the country. 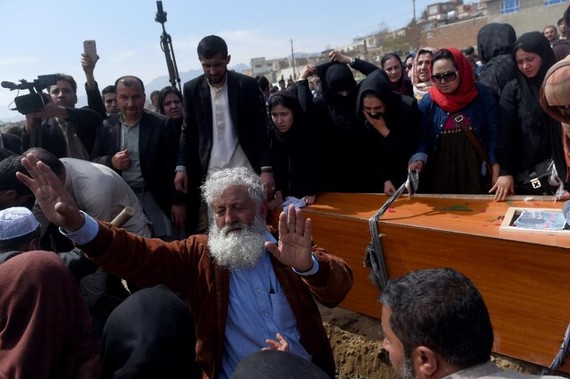 Farkhunda, a university student studying religion, had challenged a religious amulet peddler by the Shah-e-Doshamshira shrine in Kabul. The religious amulet or taweez as it is called in Afghanistan is a piece of folded paper containing special writings encased in a metallic or cloth protective casing. Many superstitious and illiterate Afghans purchase these amulets from bearded men located around mosques and shrines in Kabul and elsewhere. Men and women squat in front of the taweez peddler and tell him about their problem and needs. The peddler then gets to work by designing a crude graphic of squares, triangles or other shapes supposedly filled with religious writings. People believe that wearing a taweez around one's neck will ward off disease and other disasters. While wearing a taweez is an old tradition in Afghanistan and other neighboring Islamic countries, the practice has proliferated in recent years as a function of desperation in Afghan society. It provides false hope for the person wearing it and at the same time creates business and income for the taweez peddler. So anyone questioning this archaic and nonsensical tradition can find themselves in an uphill battle. 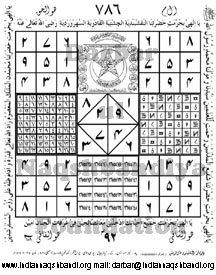 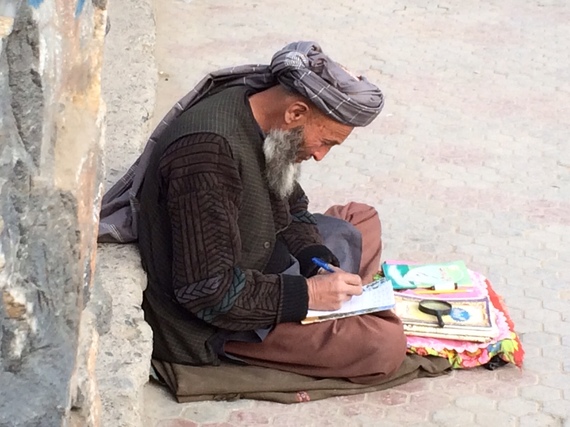 Farkhunda unfortunately underestimated the reaction of a peddler when she openly challenged the practice on sound religious grounds in March. The taweez peddler, not wanting to be confronted, immediately cried foul, but worse he accused Farkhhunda of burning the Koran, a capital offence in today's Afghanistan, Pakistan and elsewhere. A mob soon formed and got immediately out of control against the helpless young woman. They started beating her, throwing her down on the street, running her over by car, setting her on fire and finally dumping what was left of her limp body in the Kabul River across the street from the shrine. This horrific and barbaric mayhem was recorded by many in attendance and the videos went viral. The videos showed a number of police officers who did not even attempt to prevent Farkhunda's murder. This is very troubling because their inaction might have encouraged the mob into thinking that what they were doing was condoned by the police. 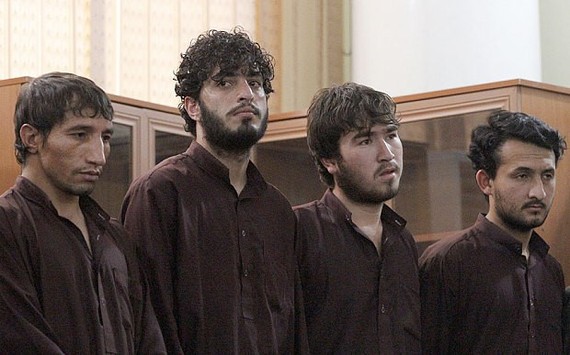 This outrageous event brought the sad circumstances of Afghan society and especially that of women to the fore with many demonstrations and rallies. The Afghan government, using the footage of the horrendous act, arrested a number of people who had participated in her death. The alleged perpetrators expeditiously went to trial. On May 6th the Afghan government announced that four of the convicted instigators were sentenced to death. Eight men received sentences of sixteen years in prison and eighteen men were acquitted due to insufficient evidence. The appeal court's decision on July 2, 2015 to overturn the death sentences, and very leniently slap the convicted killers on the wrist is seen as a sign of religious zealotry within Afghanistan's kangaroo judicial system. It would not be an exaggeration to say the majority of judges bowing to the pressures of a misguided religious establishment are of the same mentality and qualification as the taweez peddlers. While Afghan leaders boast about a progressive constitution in which the rights of women and minorities are protected, the reality on the ground is anything but. The rule of law is almost nonexistent and it only serves the powerful warlords who control the government. The judicial component is under the heavy influence of judges who misinterpret Islam according to their own biases. During my deployment in Kabul in 2012 and 2013 I was embedded in the Afghan High Peace Council. I had the opportunity to interact and participate in many meetings of the religious establishment as well. Hearing their speeches and religious rhetoric, I could see very little difference between them and the Taliban in terms of religious zealotry.

During a ceremony on July 1st to launch Afghanistan's support for the UN's Landmark Resolution for Women, Peace and Security, Afghan president Ashraf Ghani said that misogyny and the suppression of women's rights are well imbedded in Afghan society. He urged the young to rethink their attitude toward women, whose participation in societal affairs is essential for peace in the country. Mr. Ghani used the right words, but words only are not sufficient for fundamental change.

Bringing rule of law to Afghanistan and reforming the judicial system remains a formidable challenge. Mr. Ghani's good intentions notwithstanding, his incompetent and predatory government is not capable of bringing meaningful reforms. Changing people's mentality to follow their religion consistent with its true teachings of respecting everyone and being tolerant is even a more difficult problem to tackle. Unfortunately this generational issue will take a long time.