Baseball might be America's favorite pastime, but in Afghanistan, national sports take on a more hematic flair.

The latter country's national sport is known as "Buzkashi," a term which roughly translates to "goat-grabbing." A headless goat is tossed into the field, and participants try to grab the carcass from the ground and pitch it into a scoring area while on horseback.

Often seen as a more grisly twist on polo, Buzkashi competition is typically fierce, as other players may use any force short of tripping the horse in order to thwart scoring attempts. Riders usually wear heavy clothing and head protection to protect themselves against other players' whips and boots. Played throughout central Asia, Buzkashi games have been known to last for several days, and the winning team receives a prize -- not necessarily money -- as a reward for their win. 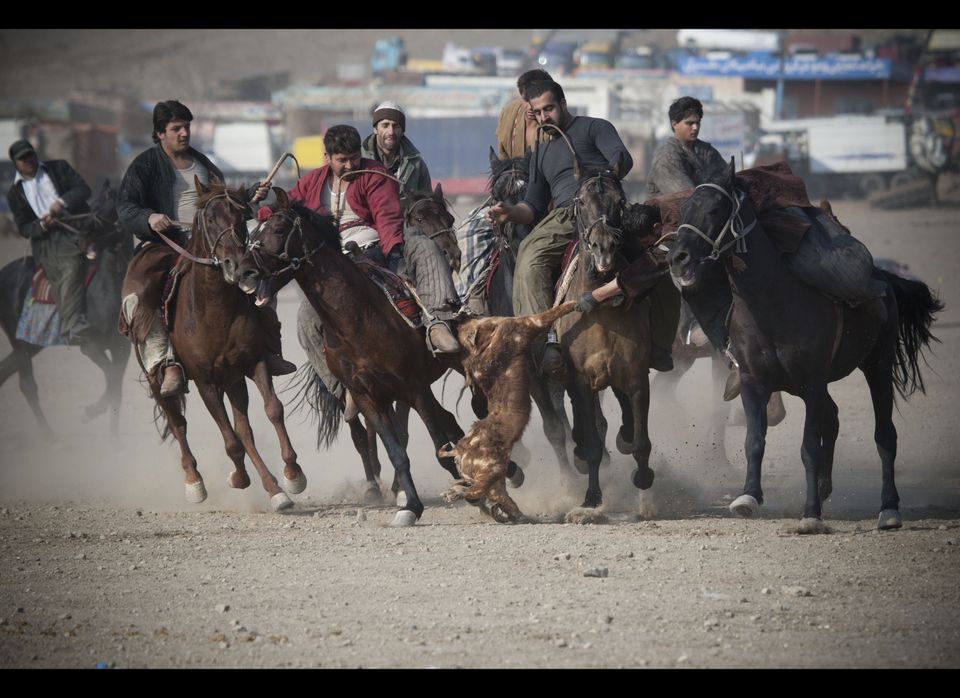