Hollywood went Euro last week, in celebration of The Adventures of Tintin, the long-awaited motion-picture adaptation of the classic adventure comic series by late Belgian artist Hergé (a.k.a. Georges Remi). "Quoi?" you say. Well, Tintin is a young crackerjack investigative reporter who gets into Indiana Jones-size trouble with his terrier Snowy and alcoholic associate, Captain Haddock. Despite the series' decades-long run and massive global popularity, that's all the background info you need in order to get into the movie. 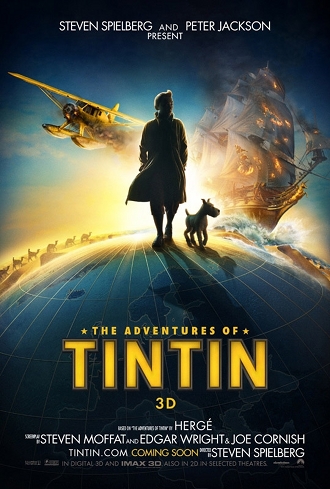 Directed by Steven Spielberg (who co-produced with Peter Jackson and Kathleen Kennedy), this Tintin is already doing big business across Europe, and is opening currently across Asia, South America and India, en route to landing in North America, South Africa and Australia for Christmas. The motion-capture, CG-animated production features Spielberg doing what Spielberg does like nobody else: big, harrowing, outrageous action scenes. The score by John Williams is also a standout, mixing jazzy riffs along the lines of his work on Catch Me If You Can with Euro-noir themes and huge, swashbuckling fanfares. 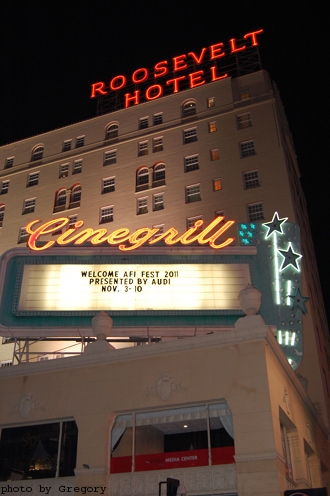 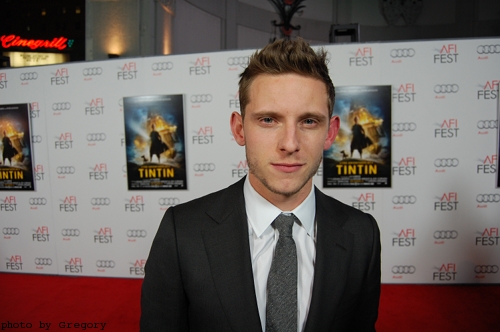 Jamie Bell (who won our hearts as the eponymous lad in Billy Elliot) lends his voice and personality to the animated Tintin, and cheerfully answered a few questions. I asked him what the biggest challenge was, taking over so famous a character under the auspices of Spielberg and Jackson.

"Well, first I wanted to figure out who the character was. You know, 'Who is he?' We don't really know anything about Tintin." (True. The kid doesn't even have a surname.) Bell reasonably double-checks me: "Are you familiar with Tintin?" (I nod.) "Okay. So you don't really know that much about him. You don't know why his only friend is a dog, you don't know why he constantly puts himself on the line. You don't know why he's constantly travelling the world, and stuff. And it's the fact that those questions still remain a mystery which makes the allure of Tintin so long-lasting. So I wanted to go in there and say, 'This is who he is!' -- definitively. And then I felt answering those questions was wrong; so many know so much about Tintin that for me to answer those questions was wrong." 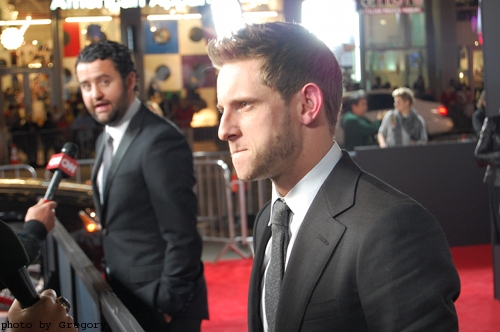 Jamie turns the topic: "The biggest challenge was getting used to the technology. Getting over the fact that you're working with Steven Spielberg and Peter Jackson. It was kind of intense. And just trying to stay as close to the roots of the character as possible."

I ask him if he has a favorite scene, and he doesn't hesitate: "Anything with Andy Serkis was great!" (Serkis plays Haddock.) "Andy Serkis I consider one of the greatest actors -- ever. He's unbelievable, and any time I share the screen with him, it's awesome." (For those who don't know, Serkis plays Gollum in Jackson's Lord of the Rings adaptation, as well as in his upcoming take on The Hobbit. Amongst other things.)

Also on hand is Daniel Mays (who's done some Dr. Who, plus underrated British films like The Bank Job and the Nanny McPhee sequel), and he's frank about his role (as Allan) in Tintin: "Well, I'm like 33, and when I saw the artwork for the character, it was a much older guy -- so it was a case of deepening my voice, and trying to give him more grit and gravitas." Daniel happily divulges that he grew up (as many did) with Tintin, and feels that the current, state-of-the-art digital technology is ideal for bringing the series to life onscreen: "There's just certain shots in there that are so breathtaking -- I don't know how you could do that with a normal camera." I ask how he found a happy medium between his creative vocal choices and Spielberg's direction. "Ahh, I put myself on tape in the U.K., and what they saw (and heard) they liked, so we went with that." Very good. 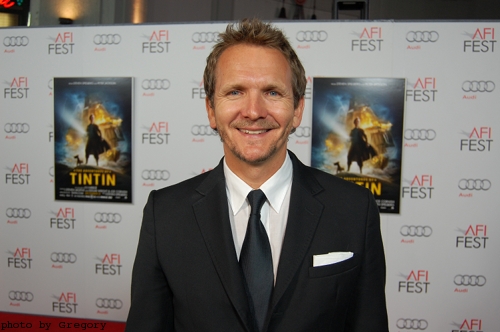 We also see Tintin's Sebastian Roché (of Fringe and Vampire Diaries fame, who did mo-cap work previously, in Robert Zemeckis' Beowulf) as well as Fred Willard (who is not in Tintin, but is very nice). 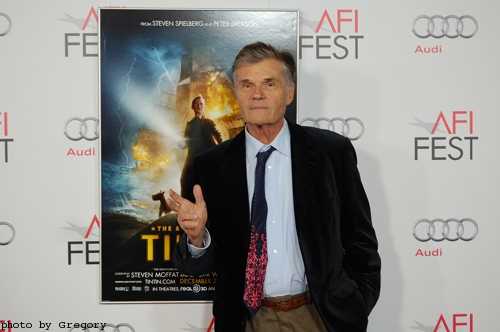 Prior to the screening, AFI Fest Director Jacqueline Lyanga calls Tintin "an extraordinary thrill-ride" and "an amazing journey" before introducing Bell, who drolly notes, "Sorry I'm not Steven Spielberg. That would have been better, I know." And then ol' Steve himself appears onscreen (in a pre-recorded greeting), also drolly noting that he's been meeting with AFI longer than he's had an American Express card. But probably most droll of all is AFI President Bob Gazzale, who explains to the crowd that Spielberg & Co. aren't present because they're in Virginia, "shooting Lincoln." Oops. (He promptly revised the line.) 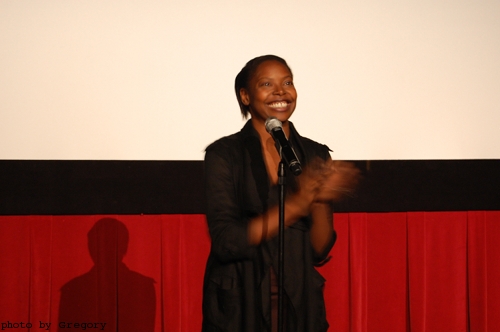 As for The Adventures of Tintin (no subtitle in America), I opine only briefly. I appreciate "mocap" technology well enough, but I don't love it, as it starts to feel like you're watching a crazy-cool videogame somebody else is playing. That said, the spectacle of Tintin is truly spectacular, and the film is extremely generous in the action department. It's also not subtle: Cats are kicked, cows' udders are whacked, and caricatured Arabs are bashed. The movie also espouses a gun-fetishism I find very distasteful -- but that was the 20th century, somewhere in the middle of which Tintin takes place (with, I add, otherwise remarkably cool period design). Um, and it's a bit distracting looking at Haddock but sort of seeing Peter Jackson. In sum, the production would benefit from more personal engagement and relatability (which comes from real human faces; have you felt strongly about Avatar lately?) -- but as a thrill-ride, the sheer invention and audacity throughout Tintin may blow your mind a bit. 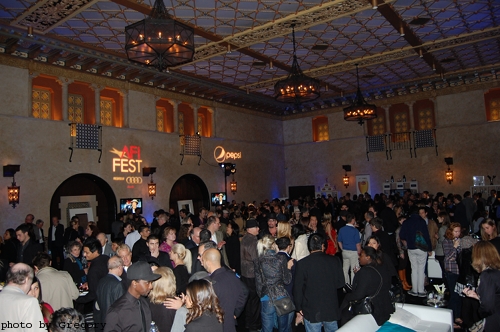 And I have one more question for Mr. Bell (though I needn't even mention the movie that made him famous): Does he still listen to T. Rex?

"Of course I do!" Bell enthuses. "'Children of the Revolution'!"