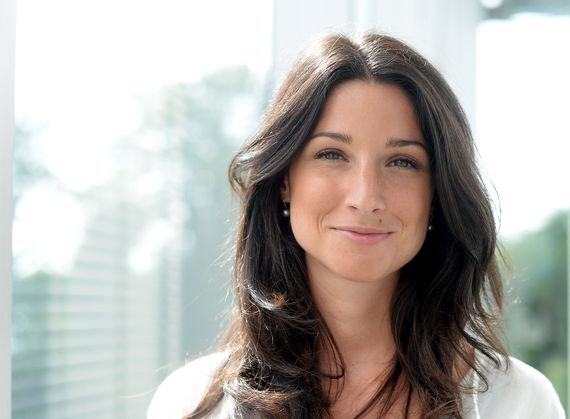 Aline Wachner is a PhD candidate at the International Research Network on Social and Economic Empowerment (IRENE/SEE) at Zeppelin University, Germany. Her research has investigated health care social enterprises in Columbia, Mexico, Kenya, and South Africa. She previously worked at the Grameen Creative Lab, a think tank initiated by Prof. Muhammad Yunus.

In the beginning of March, we presented at the East African Healthcare Federation Conference in Nairobi, which this year focused on business opportunities in East Africa's healthcare markets. In his speech, KPMG's head of healthcare in Africa, Sven Byl, cautioned the audience: "If you don't jump on board now, you will probably miss the train." The train he was referring to is East Africa's growing health sector market, but anyone who looks at the numbers can see that a "train" metaphor dramatically underestimates the magnitude of the approaching opportunity. In fact, "the rocket will launch into space without you," might be more accurately evocative.

The huge room for increases in healthcare spending in African economies, coupled with the growth of their middle classes and booming populations, point to explosive potential. It is predicted that health care spending will assume an ever-expanding percentage of the growing GDP of African economies. In 2009, average per capita health spending in Africa was $83 -- less than 2 percent of the $4,600 spent per person in high-income countries. As per capita incomes increase, this gap will inevitably shrink.

The Global Health authorities have recently organized a substantial effort to alert governments to the potential for huge returns on health spending in the public sector, but rates of public spending cannot come close to meeting the demand. People of the emerging middle classes are increasingly able and eager to pay for high quality healthcare, and are looking to private sector options to meet their needs. As the CEO of a company that markets portable, power-free medical instrument sterilizers to hospitals and health centers in East Africa, Dr. Bernstein has seen first hand the degree to which people are ready to pay for safe and effective medical care. But at the same time there is a conscious effort to avoid the creation of a completely segmented health system where the quality of care is much higher for those who can afford it from the private sector, and huge portions of the population are unable to participate in the market.

This dynamic, among others, has triggered the emergence of a rapidly growing number of private companies and non-profit organizations that are experimenting with different business models in order to serve as many people as possible -- including the middle to low-income class, often referred to as the Base of the Pyramid (BoP). Besides providing interesting business opportunities, these business models also have the potential to improve access to health for millions of East Africans -- if these three recommendations can be broadly adopted.

First, we all need to transcend our conceptual hesitations and start to act. Globally, health markets are experiencing a strong trend towards market-orientation. Particularly in emerging economies like Kenya, which are in the midst of a transition from "developing" to "developed nation" categorization, leaders from all sectors are actively promoting BoP approaches. Be it the International Finance Corporation, GlaxoSmithKline or international NGOs like PharmAccess, diverse groups are emphasizing financially sustainable approaches that create social and financial value and thereby support a country's striving to become financially independent from donors (a topic that Dr Bernstein has previously written about in this space).

But what still really strikes us, is the proliferation of events and talks about innovative and collaborative efforts to tap into the BoP compared to the number of entities that are actually willing to collaboratively invest in these new approaches. Why the discrepancy? We believe that a major obstacle is that different sectors have trouble applying their typical understanding of how money should be spent, and impact should be evaluated, to new ways of operating. While many investors claim to be willing to accept lower rates of return, and donors are open to the idea of market-orientation, differing notions of risk and return continue to block action.

In order to do this, we need to encourage risk-taking and understand failure as a learning opportunity. In any market, a new business model needs time to prove its concept and become profitable. Until that point, it remains of low interest for the majority of investors, even those who brand themselves as "impact investors." In recognition of this hurdle, the Monitor Group and Acumen Fund published a report in 2012 emphasizing the "case for philanthropy in impact investing." Innovative business approaches that aim to benefit the poor need bold investors that allow them to grow on a trial and error basis. Certainly, there are some investors, be it for-profit or non-profit, that provide more lenient forms of capital and prioritize social dimensions of value creation, but what we are calling for is a tremendous multiplication of these efforts. More investors and donors need to acknowledge that taking the risk to support the progressive establishment of a financially self-sustainable health market, both at the level of health provision and, as we argue, even more at the level of health financing, is a social impact goal in itself.

Third, we must make sure we don't lose sight of the very poor. A recent study conducted by the International Centre for Social Franchising (ICSF), in partnership with Oxford University's Said Business School, suggests that currently, BoP approaches mainly target the middle-income levels. This unbalanced focus is partly due to the fact that the predominant source of revenue for these approaches is out-of-pocket payments. But out-of-pocket payments are undoubtedly the most inequitable source of health financing, particularly in emerging markets, and adversely affect the goal of reaching the very poor. What we need, therefore, is a massive increase of efforts to develop health-financing mechanisms that subsidize the demands of poor health seekers and pool their risks. Micro-insurance schemes and cross-subsidization mechanisms have shown some promise in this regard, particularly when they succeed in gathering funds from diverse sources such as donors, investors and the government. The ultimate goal should be the implementation of universal health coverage; once considered a pipe dream for middle and low-income countries, but increasingly being discussed as the future for healthcare financing throughout the world.

These three recommendations represent changes to the way that we typically conceptualize the provision of healthcare in East Africa, but also represent concrete ideas that can be implemented by business leaders, investors, donors, and policy makers. The demographic and economic realities clearly call for a shift in the "business as usual" (or lack thereof) approach to saving lives and improving health in the developing world. Although the prospect of moving beyond the donor-based system that has formed the basis for global health for the last 50 years is daunting, it presents an exciting opportunity to build a new health sector almost from scratch.

Research and editorial assistance was provided by Ariel Trilling.