Namibia is the rare country in Africa that seems to be holding its own against ivory poachers. Whereas in most other southern African countries the elephant population is being decimated, in Namibia, according to the government, the number of elephants has actually increased by 20 percent since 2005, to 20,000. Namibia's zero-tolerance policy for poachers may explain in part why the country has been able to succeed where so many other states have failed. Yet despite its best efforts, the illegal ivory trade remains a serious problem, particularly among Namibia's immigrant Chinese community.

Independent Chinese journalist Shi Yi traveled to Namibia to report on how some of the Chinese population there is involved in the illicit ivory trade. During her investigation, she discovered that a lot of the ivory trade is done by small-scale Chinese merchants, neighborhood shop owners and individuals rather than the organized crime syndicates that traffic ivory in other African countries.

Shi Yi's reporting on the subject, both in English and Chinese, received widespread praise, including the Journalist of the Year Award at this year's China Environmental Press Awards. She joins Eric & Cobus -- in the podcast above -- to explain how the ivory trade works within the Chinese community in Namibia and why it will be very difficult to stop.

This African Country Is Cracking Down On Illegal Ivory, But Its Chinese Smugglers Complicate Things
Nairobi Ivory Burn Site 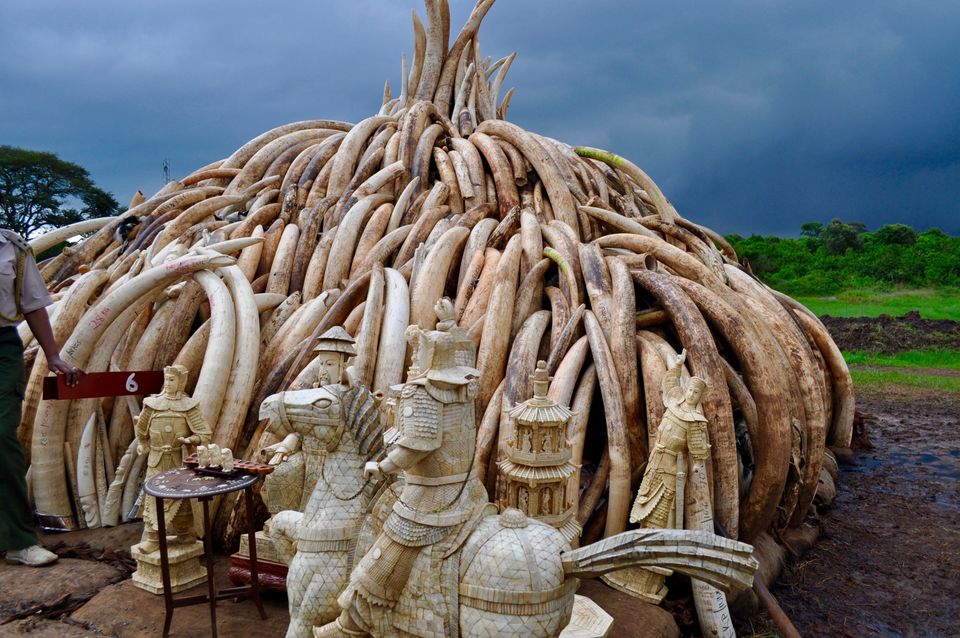 1 / 13
105 tons of ivory will be burned in Nairobi National Park, in a stand against the illegal ivory trade and elephant poaching.
Krithika Varagur