The following essay and stunning photographs come to HuffPost Gay Voices courtesy of Trent Kelley, a Texas-based playwright. Kelley, who says he collected most of the photographs on eBay, in flea markets and in estate sales, writes:

Afro American same-sex loving gay men who were coupled with one another in the distant past walked the streets, ate at the dinner tables, and generally participated in their larger ethnic community out in the open, their relationships known only to those who were consequential to their everyday lives. In this respect, they were out in the open but hidden to those who didn’t know about their sexual proclivities. Hence, the title of this series of pictures dating from the mid 19th century to the late 20th century is "Hidden in the Open: A Photographic Essay of Afro-American Male Couples."

Some of these images are sure to depict gay couples, whereas others may not. The end result is speculative at best, for want in applying a label. Not every gesture articulated between these men is an indication of male-to-male intimacies. Assuredly, what all the photographs have in common are signs of Afro-American male affection and love that were recorded for posterity without fear and shame. Friendships where men often wrote romantically to one another, walked arm in arm were not uncommon to straight and gay men alike during the 19th and early 20th centuries. Depending on economic situation, many even slept together and this may have precluded or included physical intimacy between the sheets.

But there were past generations of Afro American gay men who lived and love bravely. They exist in these photographs. Like today's gay male of African descent, the majority of them were never victims who whined nor required rescuing. Their presence here defy a lesbian, gay, bisexual and transgender (LGBT) community often wanting to make them an impotent footnote absent of any self-empowerment within gay culture and those vocally homophobic pockets within a black community wanting to write these men out of the narrative to Afro-American history.

And be sure to check out an interview with Trent Kelley, courtesy of NoMoreDownLow.TV, below the slideshow. 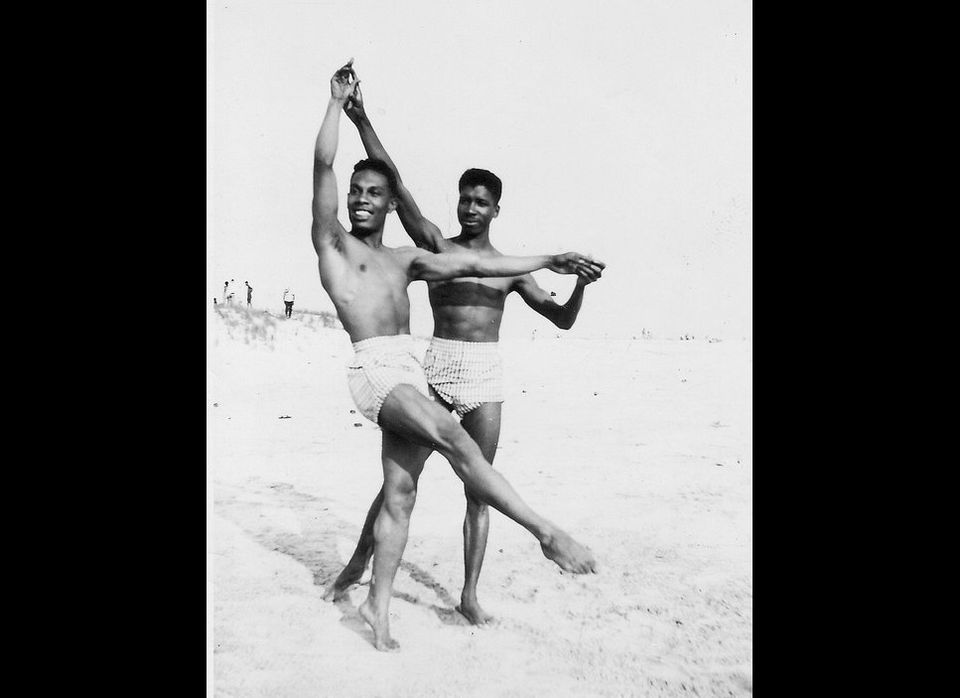