Seventy years ago the first African-American Marines endured grueling training at Montford Point Camp, breaking ground -- and breaking racial barriers -- to transform the face of the Corps. Because of those brave men, I am able to serve today.

Since becoming a Marine, I have been inspired by other groundbreakers. Col. Gilda Jackson, the first African-American woman to achieve that rank in the Marine Corps, is a modern-day hero of mine. So is Col. Stephanie Smith, a fellow Marine who has provided me with countless hours of advice and guidance. Col. Smith helped me break my own ground and become one of the few black women to achieve the rank of Lieutenant Colonel.

My path here wasn't easy or short. I was born to a single mother in West Palm Beach, Fla. My mom enlisted in the Navy because she wanted a better life for me. It worked, in more ways than I think she anticipated.

Initially, her service opened doors and provided financial stability that would otherwise have been difficult to achieve -- and in fact wasn't achievable for many families like mine. She met a wonderful man at her first duty station, and he adopted me. Their union and their service changed my life then, and continued to change my life. They inspired me to join.

Becoming a Marine was extremely physically and mentally challenging, as I discovered in basic training, and as has remained true throughout my 17-year career. It's also incredibly rewarding.

I have been presented with opportunities I could never have imagined: I was the first female Officer in Charge of the Jungle Warfare Training Center, and I was also the Camp Commander of Camp Gonsalves. I was the only woman there, yet I led a group of Marines who respected my rank and billet.

Today I serve as a Diversity Management Liaison Officer. I manage research and educational programs to help the Marine Corps authentically connect with the brightest men and women among America's diverse youth. I am proud to hold a position that represents so much for men and women of color and brings such great opportunities and exciting challenges to minorities nationwide.

I am grateful to the men and women who paved the way for me, and February is the ideal month to honor them.

Because of the Marine Corps, which respects and values the contributions of African Americans to the security of our country, I can be a proud Marine. Because of the example of my parents and the inspiration of Cols. Jackson and Smith, I am honored to wear this uniform. And perhaps because of my example, young and motivated African Americans will join this life-changing organization and break new ground for future generations. Semper Fi. 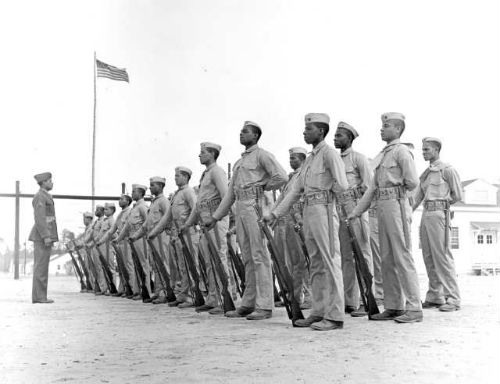 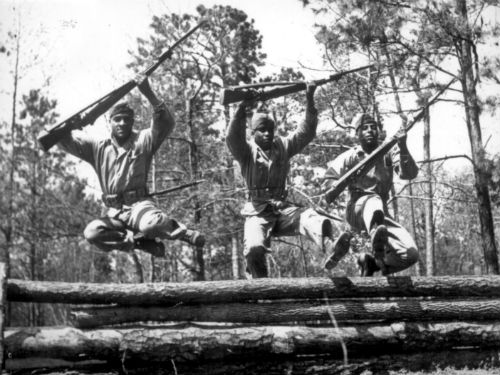