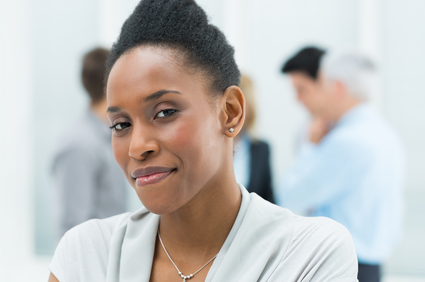 Each year during the month of February we celebrate Black History Month, which marks the celebration of achievements by African Americans. In contrast to the recognitions and ceremonies of the month, however, we continue to face a troubling health statistic: African-American women have lower breast cancer survival rates than white women.

According to the American Cancer Society's Breast Cancer Facts and Figures 2013-2014 report, African-American women experience a higher incidence rate of breast cancer before age 40 and are more likely to die from the disease at every age. In fact, by 2010, breast cancer death rates were 41 percent higher in African-American women than in white women. This striking divergence in long-term mortality trends began in the early 1980s and may reflect both earlier detection and greater mammography usage by white women.

In response to this disparity, the Centers for Disease Control (CDC) created the African-American Women and Mass Media (AAMM) campaign, using radio and print media to make more women aware of the importance of getting mammograms to find breast cancer early. The campaign also sought to increase use of CDC's National Breast and Cervical Cancer Early Detection Program (NBCCEDP) screening services among African American women aged 40-64.

The AAMM pilot campaign goals include:

In addition to the statistical disadvantage faced by African-American women, data shows that this population of women is more prone to the sub-type of breast cancer called "basal-like" or "triple-negative," which accounts for only 10-20 percent of all breast cancers (these sub-types of tumors are also more common in pre-menopausal women and those with a BRCA1 gene mutation). Women diagnosed with basal-like breast cancer have a poorer short-term prognosis than those diagnosed with other breast cancer types because there are no targeted therapies for these tumors.

Although, since 1975, the five-year survival rate from breast cancer has increased for both white and African American women, there remains a substantial racial gap. Between 2003 and 2009, the five-year survival rate was 92 percent among white women and 79 percent among African-American women. This is attributed in part to later detection of the disease occurring in the latter population. Data also shows that incidence rates of breast cancer by tumor size differ between white and African-American women. Specifically, African American women are more likely to be diagnosed with larger tumors than are white women.

Similar information is posted on the National Cancer Institute website. It says that, while white women in the United States have the highest incidence rate for breast cancer, African-American women are most likely to die from the disease. Further, the lack of medical coverage, barriers to early detection and screening, and unequal access to improvements in cancer treatment may contribute to the observed differences in survival rates. NCI-supported research also indicates that more aggressive breast tumors (those that are both less responsive to standard cancer treatments and associated with poorer survival) are more common in younger African American women living in depressed socioeconomic status areas.

While we don't know how to prevent breast cancer, there are things that all women can do to reduce their risk of developing the disease. These include maintaining a healthy body weight, limiting alcohol consumption, and keeping physically active. If you have a strong family history of breast cancer, talk to your doctor about genetic testing for gene mutations that could increase your risk. There are also drugs available that could lower your risk.

The American Cancer Society encourages regular breast exams and mammograms for early detection and the best chance of curing the disease. On their website, you can sign up for a free screening reminder so that you never forget to make your appointment. If you are at higher risk, you may need mammograms at an earlier age or more often. And, of course, you should talk to your doctor immediately if you see or feel any change in your breast such as a lump or nipple discharge.

The cost of cancer screenings should never be a deterrent. There are many low-cost as well as free programs to help women get screenings. You can learn more by contacting the National Breast and Cervical Cancer Early Detection Program.

Elizabeth Chabner Thompson, MD, MPH, is a radiation oncologist and founder of BFFL Co (Best Friends for Life), which provides a wide range of products for patients undergoing various surgical procedures or cancer treatments (http://bfflco.com/product/). One such product is the Axillapilla® post-surgery pillow featured on the Katie Couric Show (http://bfflco.com/product/axilla-pilla/). This heart-shaped pillow provides support and stability for a patient recovering from surgery, especially cardiac surgery.

physician and entrepreneur devoted to improving the patient experience