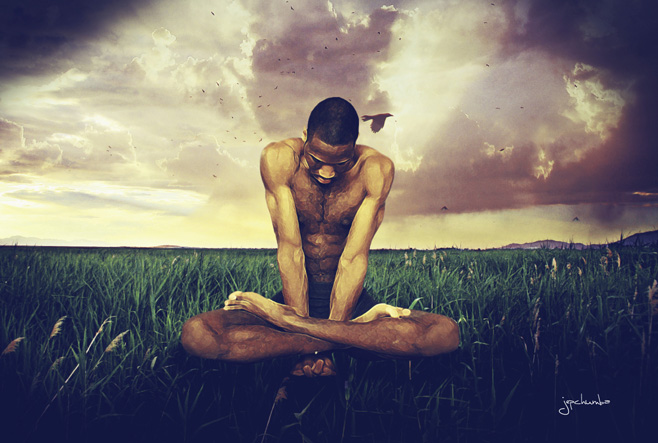 As wave after wave of new technological innovations continue to wash over the world, I've become aware of both the intended consequences of access to digital tools, as well as those ramifications which might come as a surprise. Earlier this year I wrote an article entitled "Electronic Apartheid" which spoke to some certain consequences, where in the piece I quoted one of the world's most venerated elders, Nelson Mandela as saying:

In the twenty-first century, the capacity to communicate will almost certainly be a key human right. Eliminating the distinction between the information-rich and information-poor is also critical to eliminating economic and other inequalities between North and South, and to improve the life of all humanity.

20 years ago, who would have thought of the "capacity to communicate" as being a key human right? And yet, it makes perfect sense today, because in writing that article, I discovered that there is a direct correlation between access to digital technology and high school graduation rates; as outlined in the research of University of California professor -- Robert Fairlie.

Someone else who's hip to all this, and dedicated to do something about it, is Jepchumba, the founder of African Digital Art -- an online collective of digital artists and enthusiasts. And last month, while the World Cup was in full swing in South Africa, Jepchumba and I had a roving email exchange as she made the rounds in her native land.

She's a spunky young Kenyan living in Chicago, creating digital art and inspiring others to do the same. And here's what she had to say. 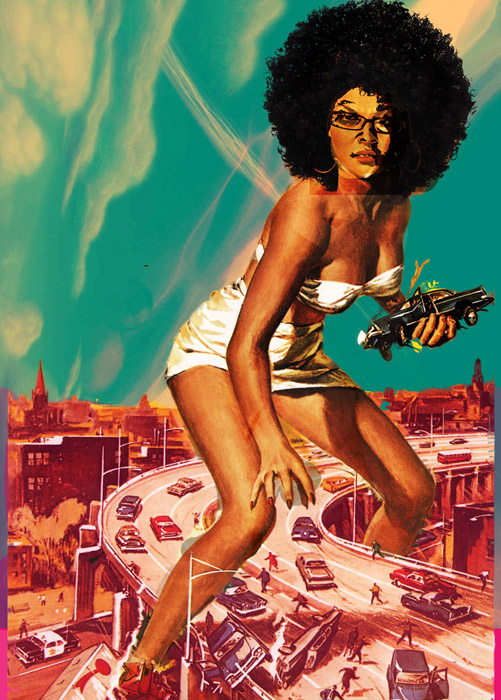 Max Eternity (ME): Jepchumba, hello and welcome to the interview.

ME: You are the founder of African Digital Art. Talk about that -- how did it come about?

While I was pursuing my master's in Digital Media from London Metropolitan University in the UK, I was flabbergasted by the lack of knowledge and awareness of the digital media arena in Africa. Due to the lack of resources and access to ICT and a host of other issues in Africa it seemed as though we were once again underestimated, almost counted out. So African Digital Art really came about to trumpet the incredible talent and creativity that was flowing through the continent. Even though we still have a long way to go as far as the challenges that Africa has in terms of technology and development, we still have a lot to offer. Africa has a long rich and cultural tradition in the visual arts, so it was only natural for it to move into the digital arena.

ME: You've got all these different skills, creating web design, digital paintings, animation and film. That's a lot going on -- how do you manage?

J: Ha. That is a great question. During my studies for my Masters in Digital Media I wanted to have a comprehensive education around the whole industry. I was really interested in the project management aspect of producing digital projects but I was determined to also have the skill behind it. Let's just say I spent many hours online reading and mulling over tutorials trying to get my hands on anything that I could, like I mention on my website: I DREAM IN DIGITAL.

ME: I was just looking at your Be Water video. I love the color and graphics. It's a great message too. What inspired that video -- why did you create it?

J: The Be Water video was a little project I did to learn Kinetic Typography. I have been fascinated with typography and graphic elements, and at the time I was doing my best to get exposed in using motion with graphic design.

ME: There are a couple of images in black and white that you created that caught my attention. Tell me about "Rainman" and "Sky Jedi."

J: Wow! "Rainman" and "Sky Jedi" were really born out of a course I took at Mount Holyoke College, where I did my undergraduate studies. I took a course on Black Masculinity that really transformed the way I understood gender issues. Mount Holyoke College is an all women's college; actually the first women's college in the United States, and I had spent an extensive amount of time studying the place of thought in issues such as gender, sexuality, equality, individuality and political expression. I felt as though I had spent so much time understanding feminist issues that I needed to dedicate some time in understanding the masculine side. Those pieces were really inspired by a book I read in that masculinity class called Native Son by Richard Wright, the controversial view of the plight and struggle of the African American man. 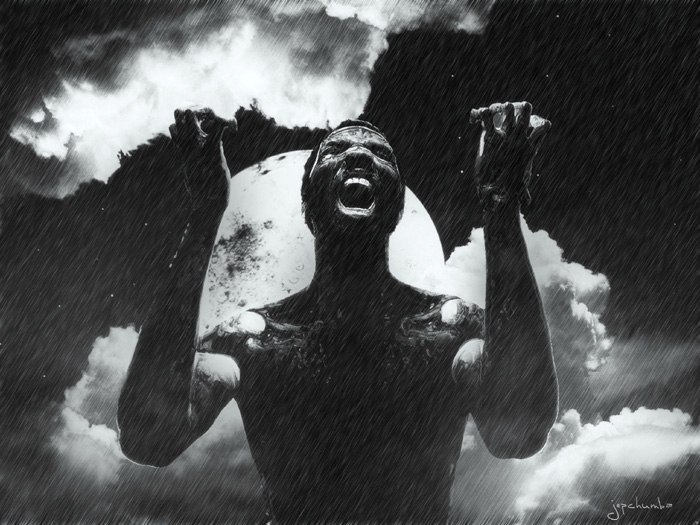 ME: How do you see digital technology changing life in Africa? Is it having a noticeable effect?

J: Digital Technology is transforming the way the world looks at Africa. Due to increased access in technology many Africans today have the opportunity to really speak for themselves. For a long, long time, the world has seen a very narrow view of Africa; a continent that is plagued by hunger, disease, strife and suffering. Those narrow lenses are now widened with accesses to technology. More and more Africans are gaining accesses to devices that allow them to practice their ingenuity.

There are tech companies such as Ushahidi, Appfrica and Frontline SMS that are changing the way the world experiences technology. Africans are using their mobile devices to surf the web, communicate with their family and the globe, and also generate income. Africans are using their computer to design their cities, their homes and express themselves. If you want to see a noticeable effect start by looking at africandigitalart.com you can see a slice of what I am taking about right then and there.

ME: Is African Digital Art engaged in the World Cup in any way, like selling art posters observing the World Cup taking place right now on the African continent?

J: African Digital Art network isn't actually selling posters, but you are completely right that there is an opportunity to blend visual arts with commercial opportunity. This is the next phase that ADA is embarking on. One thing that I believe strongly is that creativity has the potential to drive and influence an economy.

ME: Is there something else of interest that we need to be aware of.

J: I am currently traveling through Africa speaking with designers, architects, advertisers, students, professors and enthusiasts who are in the digital media industry on the best way to push forward and encourage economic success in the region. Countries such as South Africa, Kenya and Egypt are already reaping huge benefits by having professionally trained artists in the digital media industry who are taking in massive animation, film, web design projects. Africa has the potential to lead in the design industry and we can continue to influence how the world experiences and understands art and design like we have for centuries.

ME: Jepchumba, thanks for taking the time to speak with me.

J: I am completely honored. Thank you for taking the time to spend these past few weeks over this interview. I have been traveling throughout the continent and at times communication wasn't the best on my part. Thank you so much for taking an interest in the work that I do as well as the African Digital Art Network. 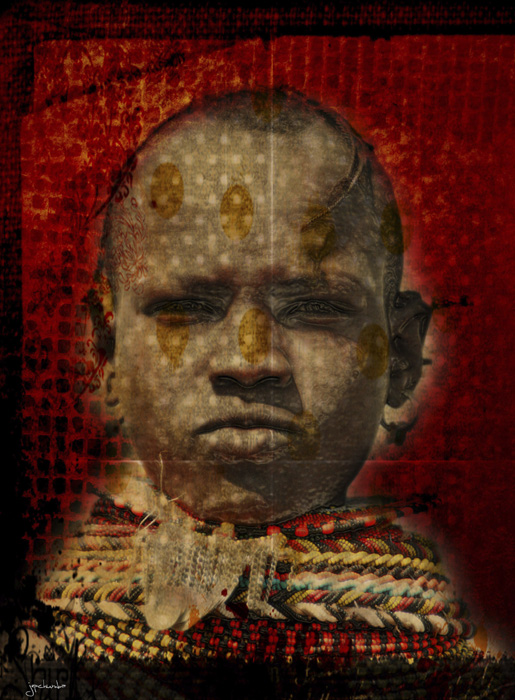