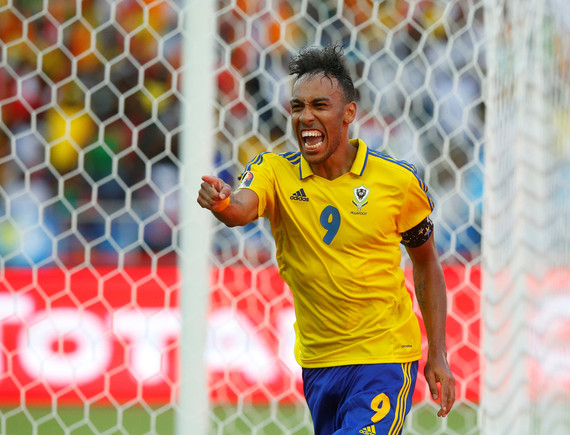 Africa's ultimate football prize, the biennial African Cup of Nations (Afcon), kicked-off on Saturday 14 January in Gabon. Its 31st edition, Afcon 2017 is not only a 23-day-long showcase for African football, but also the place to observe trends in the game, such as foreign influence, money and more money.

Marking its 60th anniversary this year, Sudan hosted the first tournament in 1957 with only three nations - Egypt, Sudan and Ethiopia. The Egyptians won it for the first of seven times. They're back at Afcon 2017 as one of the favourites after missing the last three competitions due to political upheavals.

The competition has come a long way, with the most obvious development being the dramatic increase in the number of participating teams - since 1998 16 teams qualify. What makes Afcon 2017 interesting is who made it and who didn't. The last time Uganda played in this tournament, in 1978, Idi Amin was the president. The reappearance of Zimbabwe is refreshing too.

But Guinea Bissau qaulifying for the first time along with the absence of Nigeria and South Africa that did not qualify speak volumes about the shifting of footballing power. The increasingly unpredictable cast of nations qualifying for the final tournament shows that the standards are levelling off and the powerful nations with a strong football tradition can no longer take qualification for granted.

The sheer number of African players playing in foreign leagues is one of the most notable trends in recent tournaments. Of the 368 players involved in Afcon 2017, 64% play their club football in Europe, just under a third play in Africa (28%), followed by Asia (6%) and the Americas (1%). There are also four players who are free agents. Most of the Europe-based players play in France (57), followed by 37 in England, then Portugal (19), with 18 players each in Spain and Turkey.

Newbies Guinea Bissau are without a single locally based player in their squad as most of the Lusophone country's squad play in Portugal. On the other side of the scale Tunisia have 14 players in their 23-man squad who play at home.

It's also becoming increasingly rare to find home grown coaches on the sidelines in major African tournaments. At Afcon 2017 only four teams - Senegal, Zimbabwe, Guinea Bissau and the Democratic Republic of Congo - are led by African coaches, while most of the other 12 tacticians are European.

Foreign influence on the African game is also exhibited in the number of players who simply refuse the call up to represent their national team. For example, eight players refused to honour the national call this year. The African Cup of Nations falls right in the middle of European football club seasons - for many of the clubs it becomes problematic to let key players go for nearly a month during peak time.

One of the refuseniks, Liverpool defender Joel Matip, who reportedly had "a bad experience with previous staff" while on national duty with Cameroon said:

I spoke with the Cameroon manager and he was not happy, but I have to do what is right to be 100% and make sure I am not injured again, especially at an important time in my career starting at Liverpool.

This is likely to be a trend for the future as players stand up to African football administrators, choosing club over country.

Established players draw the bulk of their income from their professional clubs and not national team assignments. Take Yaya Touré, who is one of Africa's biggest stars, as an example. The Ivorian, who announced his retirement from international football last year, earned a staggering basic salary of £240,000 ($352,000) per week in the 2015/16 season from the English Premier League club Manchester City.

Conversely, African players are unlikely to get rich from playing for their countries. Zimbabwe's national team refused to board a plane for Gabon in a dispute over allowances. It was finally resolved when their football authorities agreed to pay each player $5 000 in appearance fees per match and a daily foreign allowance of $400 each. Pitiful compared to what some of their opponents earn in their day jobs in those fancy European leagues.

According to a 2015 report, a total of 4,515 players were recorded to have migrated from Africa to play football outside their home countries. Of the 53 African countries covered, Nigeria had the highest total number of players (596) abroad. Other countries with a high number of players playing abroad include Senegal (397), Côte d'Ivoire (370), Cameroon (366) and Ghana (365). Indeed, out of the world's top 14 countries that export the majority of players, five are African nations.

Six other African countries had more than 100 players each earning their livelihood playing soccer outside their home nations. These were Morocco, Cape Verde, DRC, Mali, Algeria and Guinea Bissau.

So given this massive figures of players playing outside their home countries, one key question is: Has this massive migration affected the African game?

Of course, when such a huge number of talented players showcase their talents away from Africa, the local leagues are left poorer. This makes it difficult to increase spectator numbers in stadiums except when the national team is playing and the star players are back in the country.

However, at individual level the players are well rewarded for their talent and efforts. Additionally, individual players' technical, physical, psychological, tactical and overall understanding of the game really skyrockets.

Such players tend to bring back home a positive influence on the national team. No wonder that most of the dominant African teams have the largest number of footballing "exiles". It's worth noting that when the national team does well, there is more inflow of cash from international governing body FIFA and also easier to attract corporate support.

The downside is that these star players tend to convert their home audiences to fans of the foreign leagues where they showcase their skills. With European leagues dominating the cable TV networks, most fans transfer their allegiance to foreign leagues and that contributes to reducing interest in domestic leagues.

This should be a wake-up call to those overseeing the African game - it's time to value and treat players with maximum respect and reward them accordingly.