Recently there have been r umors that Beyonce is planning to write and star in a film about a woman named Sarah Baartman. That is an important story that needs to be told. During the period of slavery and colonization African women endured a number of abuses. The case of Baartman is perhaps the best example of how African women were degraded and treated as sex objects. Baartman was an ethnic Khoikhoi woman who was born in South Africa. She was taken to Europe where she became a freak show attraction because of her features, especially her large buttocks. She became a sort of symbol for the hypersexuality and inferiority of African women.

Baartman died in 1815 at the age of 25. Baartman had died an impoverished and alcoholic woman who had turned to prostitution to support herself when her novelty wore off. Her sexual organs were persevered and placed on display in Paris. It was not until 1974 that her display was removed and her remains were finally returned to her homeland for burial in 2002. Although Beyonce denied the claims that she was planning any movie on Baartman, the story is one that does need to be told so that people can understand the extent to which African women were degraded and reduced to sex objects for the entertainment of European men.

As important as Baartman's story is, I also think there are many other African women whose stories are worth being made into films as well. In the media there is definitely an under-representation of strong and powerful black women, which is a stark contrast to Africa's own history, which is filled with examples of powerful women that ruled kingdoms. In speaking of his native Guinea-Bissau, Amílcar Cabral stated: "You know that in our country there were even matriarchal societies where women were the most important element. On the Bijagos Islands they had queens. They were not queens because they were the daughters of kings. They had queens succeeding queens." For this reason I will present a list of some other African women that also deserve having movies made about them.

Queen Makeda is held in Ethiopian tradition to be the Queen of Sheba that is mentioned in the Bible. The Bible briefly mentions the Queen of Sheba's visit to King Solomon, but provides very little information about the Queen of Sheba herself. The Kebra Nagast tells the story of Queen Makeda, who is described as the powerful ruler of a wealthy kingdom who is curious to test Solomon's purported wisdom. She decides to visit Solomon in Israel. The Kebra Nagast records that Makeda was impressed by Solomon's wisdom and was so interested in "the God of Israel" that Makeda converted to Solomon's religion. Makeda returned to her kingdom in Ethiopia where she gave birth to Solomon's child, a boy who was named Menelik. This story forms the basis of Ethiopian monarch's claim to have a direct lineage to Solomon. 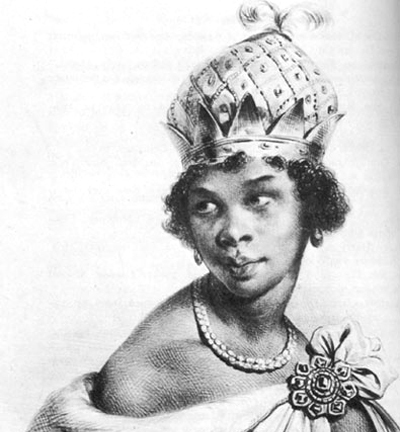 Nzinga was the queen of the Ndongo and Matamba kingdoms which were located in present day Angola. She is best remembered for the resistance that she put up against the Portuguese slave traders in her nation. Nzinga was a brilliant stateswoman who fought the Portuguese for decades until the two sides came to form a truce. Nzinga was described as the greatest military strategist that the Portuguese had ever confronted and as someone who was dedicated to destroying the slave trade. Among her own people she was a very respected and beloved ruler. 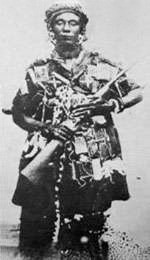 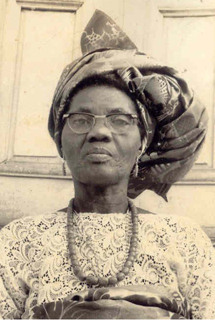 Funmilayo Kuti was the mother of famed Nigerian musician Fela Kuti. Funmilayo was a nationalist who fought for the independence of Nigeria and along with her husband, Israel Oludotun Ransome-Kuti, Funmilayo was involved in anti-colonial organizations such as the West African Students Union. In 1947, Funmilayo led a group of women in protest against the District Officer of Abeokuta. Fela later spoke of this incident with pride, recalling how his mother had insulted the highest representative of the British crown in Abeokuta. For the courageous manner in which Funmilayo took on the colonial government she was popularly known as the "daughter of Lisabi." Lisabi was a famous warrior who led the Egba people in their war of resistance against the powerful Oyo kingdom. Funmilayo died in 1978 from injuries that she sustained from being thrown out of a third floor window when the Nigerian military had raided her son's compound. The raid was done in response to a song that Fela had preformed which criticized the behavior of Nigeria's military.