Companies in the Western world are, to an increasing degree, setting their sights on Africa as a new frontier for business.

Trade relationships are burgeoning on both supply and demand sides, as an improving political environment, positive GDP growth, and the promise of rich opportunities on a continent with an emerging middle-class all contribute to the continent's growing appeal.

Self Help Africa is committed to supporting agricultural development as a means of alleviating poverty and generating an income for Africa's rural communities. The rich potential of agriculture in Africa makes farming the most effective tool in the fight against poverty; indeed, millions of African small-scale producers can make a massive contribution to the future food needs of the world.

However, most arable farmland in sub-Saharan Africa is under-utilised, with poor production systems, limited access to inputs like seed and fertilizer, lack of irrigation and a range of other factors meaning that farmers are producing just a fraction of the land's potential. 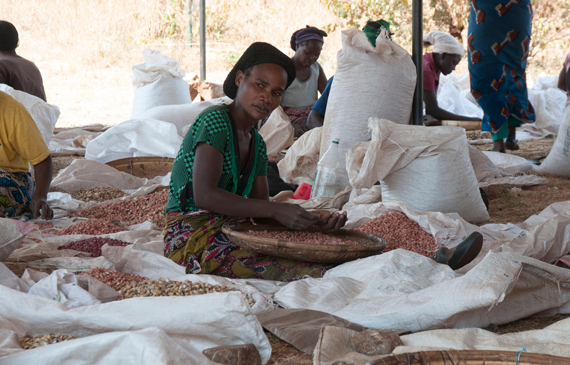 African agriculture accounts for more than 65% of employment on the continent, and contributes 32% to GDP. Exclude mining from the equation and the latter number is significantly higher.

And it would drive growth in the regions of Africa where that's most needed - rural parts of the continent where poverty is at its most extreme, and opportunities are at their scarcest.

Indeed, one of Africa's greatest anomalies is that the very people who are the poorest and most disadvantaged are the rural poor farming families who have the solution to their economic problems quite literally at their feet.

The absence of job opportunities and investment in African agriculture has, to this point, driven a flight of the continent's young from their rural communities to the fast growing cities where new enterprise has emerged, and some job opportunities can be found. 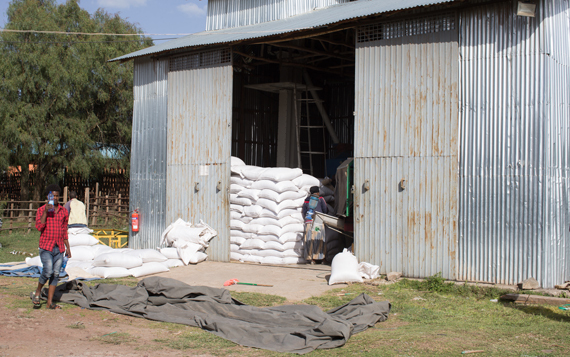 The formation of new agri-enterprise, and of market opportunities for the sale of crops being grown on Africa's small-farms, will have both economic and social benefits to whole regions, as farm producers will find new markets into which they can sell their goods, while job opportunities will be created in rural areas.

A recent Self Help Africa initiative in Ethiopia illustrates how the needs of business and of smallholder farmers can deliver a 'win-win' for both parties to the deal.

Late last year, the global drinks corporation Diageo reached an agreement with rural farmer groups who were working with Self Help Africa to buy barley from thousands of smallholder farmers for their local brewing requirements.

Up to 6,500 farmers will benefit from the arrangement to supply to the Diageo-owned 'Meta Brewery' in Addis Ababa, and in return will receive not just an assured price for their crop, but also a programme of training and other assistance, supported by Diageo. 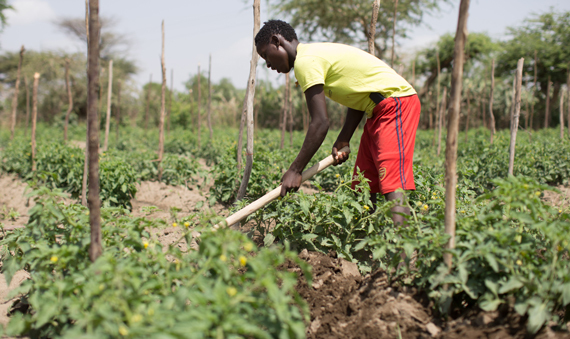 Diageo's head of sustainability David Croft said that the deal met their strategic objectives, as they were hoping to source all of the raw ingredients for their Ethiopian operations within the country, in the coming years.

"By sourcing more ingredients locally, we are able to invest and support the growth of local economies, contribute to the development of those economies, and support long-term sustainable business and growth," he said.

The arrangement is just one illustration of a convergence between the interests of the business world and of the small-scale farmer, and there can and will be many more like it in years to come.
Self Help Africa is committed to being an enabler for such trading relationships, and in the years ahead we will seek to act as an enabler of similar transactions. We will support rural poor farmers and help them to organise into producer groups, so that they can deliver both the quantity and quality required in the international marketplace.

Our end goal, as always, is to create viable new markets and generate better prices, so that millions of poor African families can grow, and trade their way out of poverty, in the years ahead.

CEO of international agricultural and development organisation Self Help Africa