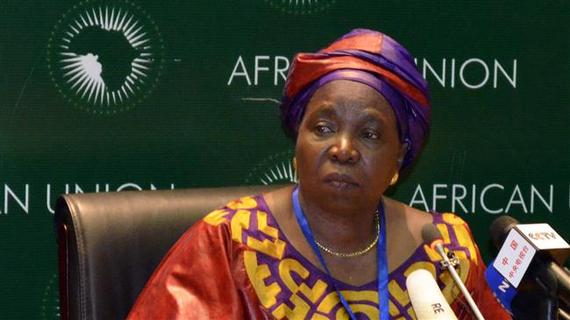 Due to weak gender policies, lack of credible evaluation and measurement, implementation and monitoring, vaguely imported programs and the willingness to act, African governments are letting women and girls down.

The African Union summit, which ended last week has the theme "Year of women's empowerment and development towards Africa's Agenda 2063", but for decades in Africa, some major organisations have imported inadequate programs, apparently measuring and improving the lives of African women and girls. However when you speak to women in business and girls in school across the continent, their feelings are no where proportionate to the findings and are very different to what the global agenda will consider appropriate on gender equality, economic participation and opportunity, education fulfilment, health and survival and on political stamp by the west and human right watchdogs.

Africa does not investigate all the tales that is around education, women empowerment, good governance and policies. We go by what external reports say to evaluate how well our women and girls are doing. This is so wrong at all level. The harsh reality is, we cannot talk about the prosperity of women and girls in Africa if we don't change the inappropriate policies that hinder their progress. The recent Africa prosperity report of the Legatum Institute, looked to in-depth on how Africa could offer real solutions to African Business Women and strongly advocates that Africa will not see growth with out its youth and women. The report discussed the importance of quality of education, networking opportunities and access to finance in supporting female entrepreneurship across Africa. Although not exhaustive, this report is a milestone/an important attempt in promoting the debate around female empowerment/entrepreneurship and in increasing the awareness of Africa national governments on these urgent needs as we approach the end of the millennium development goals set in the year 2000.

In the recent years, the African governments have received form major organisation working on strengthening education systems including the Global Partnership for Education, UNESCO, some substantial amount of dollars fund but are not doing enough to close the wider gender gap in creating, improving equity, reducing poverty and enabling stable environment for women and girls. Rwanda and Senegal are often cited as good example of how to improve women female representation in parliaments but they are isolated cases.

African governments have signed and agreed on policies that are hardly implementable. Most of commitment made under the Protocol to the African Charter on Human and Peoples' Rights on the Rights of Women in Africa are being looked into pocket per pocket! There is no monitoring or traceability mechanism hence women and girls are very vulnerable.

Safety and security is another serious impediment to female empowerment. The Legatum Africa report discusses for example the case of In Egypt where women are still struggling to become entrepreneurs after the Arab spring. Gender imbalances inherited from patriarchal societal conventions are not helping either. Wars and the successive lack of stable governments have increased in Africa thus the lives of women and young girls are in danger on a day-to-day basis. The African governments knows this, we have a catalogue of failed programs they should have kept an eye on to support young girls in school, women in their domestic environment and workplaces. Many women have are being raped and marginalised in Africa. Our current policies are not addressing effectively the welfare of women.

How can we have a prosperous Africa when leaders do not take the safety of our young girls seriously? The life of a girl in Africa is meaningless. Since April, we cannot find the young missing girls in Nigeria, we have been lied to and ping ponged we so many inaccurate information. Any decent government will see the disappearance of one girl as a priority as Tolu Ogunlesi said on his opinion piece on CNN, "it looks like no outrage will bring back our girls".

We all know that Africa's development relies on its people and talent. A solid women participation in entrepreneurship is what Africa needs now, we cannot sugar coat the issues of funding, mentoring, gender equality, recognition and representation and expect women to come winners within the current weak frameworks and plans we have. These current ideas are primitive and do not benefit women and girls.

Perhaps Africa must learn form the Nordic countries that currently represent according to the Word Economic Forum Gender gap 2014 report the top five countries doing well for their women in many indicators.

If African women are to play a role in the global market safely and securely, competitively and strongly, confidently and significantly, we then must wholeheartedly look and revise our education, economic, and health policies urgently. Failing in doing this, will continue to witness the African women being used as an object of development despite the indisputable talent they possess.

Gender inequality is a major problem in most African Countries -- also a myth -- this is not unique to Africa- but some concrete efforts such as giving more business education and capital, increasing funding on STEM (science, technology, engineering and mathematics) subjects, access to education, legalizing land ownership must be some of the priorities of the African leaders and the African Union. Africa can unlock the potential of its women and girls. They are its wisest investment.