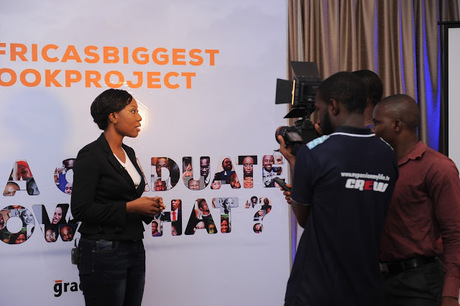 My 98th Stroll is a conversation with Naomi Lucas, Founder of Graduate Pro and Project Director of Africa's Biggest Book Project. Naomi tells me about this project and why it is important to Africa's Literature and Job market. Just like I do with all my guests, I also got Naomi to share two life lessons she has learned so far which have made her excellent in all her endeavours.

You can listen or download this interview on The Stroll Podcast.

Naomi: I was handling a project for a multi-national as a project manager, and I did a bit of traveling around Nigeria; I was working on a school-channelled project that saw me covering quite a number of schools, and to execute that project, I needed to recruit people. So going round those different cities, and looking for people to recruit I realized we had a major problem because, contrary to popular opinion, I had jobs but I couldn't find people to do those jobs, so this became like a burden that I carried for a couple of years until in 2012 I decided to formally launch Graduate Pro to try and do something about the problem--that's how this whole project came about.

Now, I didn't start out wanting to do Africa's Biggest Book Project. I started out really really wanting to solve a problem. This project has evolved from an animation project to a blog, and now an audio book. It was me trying to put myself out there and then trying to get young people to understand the things they need to know to be able to successfully transition from school to work.

Naomi: So what exactly is Africa's Biggest Book Project? I finished writing the book sometime last year, and I decided that I wasn't going to print it because I'm very involved in the youth space and I will miss a large group of young person if I print that book. So it was just me thinking, "How do I get young people to pay attention?" Because what I have to say is really important. It was in the process of thinking about how to get them to pay attention that something hit me... Usually I'll be driving down the road and there will be a young person, totally oblivious to his surrounding, irrespective of the number of times I honk my horn, because he has headphones on! On the road!

So I felt, oh, if they won't read the book, and they are walking in the middle of the road, and they can't hear me honk my car horn, then maybe I should think about how to plug into the culture. And that was just it; I said "Fantastic! This is what I'm going to do" But you know I asked myself a very honest question when the idea for an audio book came. Audio books are not very popular in this part of the world, and it's an untested format somewhat. We have podcasts and all of that but not audio books. So I thought, "Naomi, is your voice powerful enough to carry this story?" It's something that I am not ashamed to say, and the answer that stared back at me from the mirror was, "No". So, as nice as my voice may sound, just me reading 51 chapters, I thought that it was going to be boring, so, again, I think I am somebody who just likes asking questions until I am satisfied with answers that I get. When I realized that my voice was not powerful enough, I said okay, "What would it take to get 51 outstanding Nigerians to read a chapter each?" I think that way young people will pay attention, and from that crazy thought I have 55 narrators confirmed and I think I may even add one or two more because, some chapters need more than one person it's like a collabo sort of thing. We have all 55 narrators confirmed. 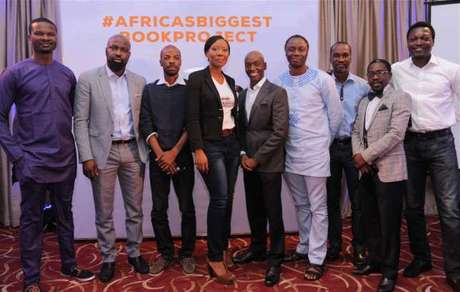 Naomi: When I'm asked this question I say that, I want that book to be the definitive companion of anybody who schooled and hopes to work within Africa. Undergraduates, graduates of vocational institutions, all tertiary institutions; Universities, monotechnics, technical colleges, polytechnics, any post-secondary institution. I have written the book with the intention that by the time you go through the things that have been said in that book, you should have a fair idea of how to navigate Africa's job market.

Naomi: One of the reasons why print wasn't appealing to me was because I felt that the demand for the book was going to be really high, and I didn't have the resources to be able to match what pirates will have. I understand that piracy exists in a void, and so if you can't meet demand they'll step up and help you to meet demand--Of course nobody is going to give you a dime. So you'll find that you have written this work and have taken so much time to see it through to the publishing phase, and somebody else is reaping the benefits.

It's very critical for me to be able to make money from the project because; the audio book is not an end in itself. It is a funding strategy for a big goal we have for Graduate Pro, which is, to implement work-readiness boot camps across Africa--residential boot camps. I want to be able to bring young people together and re-calibrate the minds of these youngsters.

Naomi: As much as I don't have any problem with CV Seminars holding here and there around the place, I understand from the employee and employer perspective that the skill deficiency that we're facing and the issues that we have cannot be solved in a day or two. We just need time with these young people to be able to fix the problem, and that's what we want to do.

Interestingly I've been approached by a lot of VAS Service Providers who want to sell the book, and I think that's really interesting because normally VAS providers want to be sure that there is demand before they come on board, but I think they can see potential. So they've come to me to say we want to sell your book. We're still working to finalize that deal. The issue of piracy, we have it in mind, for the platforms where the content is going to be available, you will not be able to share. You will only be able to download via an app, or a site, we will use digital rights management to make sure that you do not share. It is important that each person buys a copy for themselves so we can fund our boot camp.

Naomi: The first one I would say, "Know what you're worth", and insist on people respecting and seeing the value that you bring to the table. Don't sell yourself short because you're looking for opportunity.

Food for the Soul: "My people are destroyed from lack of knowledge. "Because you have rejected knowledge, I also reject you as my priests; because you have ignored the law of your God, I also will ignore your children." (Hosea 4:6, NIV)

Remember, you can listen or download this interview on The Stroll Podcast.