AFROPUNK, the revolutionary black counterculture music festival, will celebrate its 10th year in New York City this weekend with -- if last year's numbers are any indication -- a crowd of more than 60,000 at Brooklyn's Commodore Barry Park. It's come a long way from its start in 2005 at the Brooklyn Academy of Music, thanks to its co-founder, Matthew Morgan.

Morgan, who considers himself to be the most radical of his four siblings, is the biracial son of a Guyanese father and a Russian-Polish mother. He grew up in England during the 1970s where he witnessed the rise of the rebellious punk rock genre.

From a young age Morgan was aware of difference and the intertwined relationship of race, music and discrimination. "I saw young people of color come up at time in the UK where they were pushing back against the government," Morgan told The Huffington Post in a phone interview. "They were pushing back against society in general, and punk rock -- from a white Western sense -- came from that angst and that rebellious nature that was from young black people."

Morgan began working with musicians, such as Cree Summer and Santigold. He came to America in 2000 to continue his work with these kinds of musicians: black artists whose style tended to lie outside mainstream ideas of how black music was supposed to sound or look. When he arrived, he expected to find a more accepting atmosphere in New York City. Instead, he says he was greeted with the same attitudes that had made him feel like an outcast in London.

So Morgan, along with fellow industry colleague James Spooner, began a movement that would revolutionize the way black people understood music and cultural identity.

It started with a 2003 documentary simply titled "AfroPunk". The film, directed by Spooner and produced by Morgan, explores the intersection between race and punk rock, particularly the feeling of exclusion and duality in a predominantly white music genre. Punk is often known for bright mohawks, safety-pin piercings and spiked leather jackets, which, according to some, resembles African tribal piercings and body modifications in a neo-tribal aesthetic.

According to the AFROPUNK website, the first festival was held in 2005 at  The Brooklyn Academy of Music. "We started... with a notion that it’s not that safe for punk rock black kids to go to shows," said Morgan.

Now a decade later, AFROPUNK has an international presence and an inclusive identity that anyone who is "other" can claim. As AFROPUNK matures, some people say that they're selling out... literally, as this year marks the first year that festival isn't free. Festival-goers can either pay or do community service, such as feeding the homeless, for admission.

"We were going to end up in the poorhouse [for] this thing that we built that people love, so we decided to ask people the ultimate question: are you able to put your hand in your pocket to support this black business that you love that has helped you identify who you are?" Morgan said.

While some argue that it isn't punk enough anymore, Morgan disagrees, saying "AFROPUNK is a mindset... it's not a musical genre."

"We exist to be a part of what is 360 degrees of blackness," he continued. "It’s an alternative view on our culture and music and things that are important to us."

The festival runs from August 22 to 23 and will feature performances by Grace Jones, Lenny Kravitz and Lauryn Hill, among others.

AFROPUNK Is More Than A Festival, It's A Part Of Black Culture
AfroPunk Culture 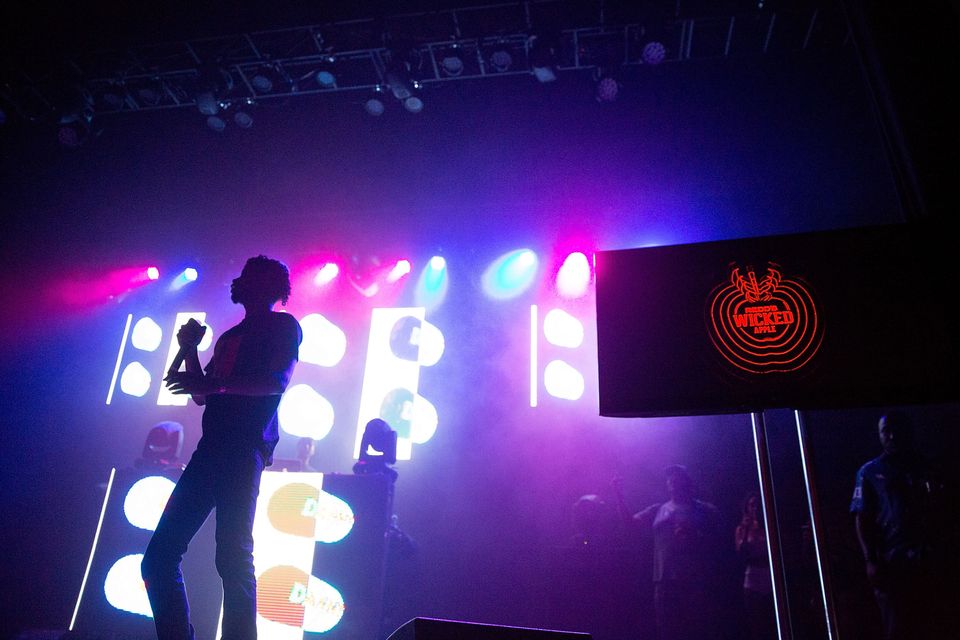