I grew up in a Buddhist household. I was only introduced to Christianity when I was 13. That was back in the early 2000s. A classmate had invited me to her youth church. She was a new convert herself.

Occupying a single floor in a washed-up industrial building in central Singapore, the church was definitely not your usual kind. The service was held in a plain looking office-space-turned-seminar-room which could sit around 60-80 people. Oddly, I didn't see any crucifix or portrait of Jesus.

The service started with what they called "Praise and Worship," which I expected to be some hymn singing, except that the lights went off, a spotlight shone onto the stage, and the lead singer shouted into the mic, IS ANYONE READY TO PRAISE GOD!!!

Suddenly I was transposed to a mini rock concert. The congregation raised their hands and voice, some were even on their feet jumping. I was blown away.

Slowly, I joined in. I thought it would be less awkward to just imitate what people were doing, rather than stand out like a noob. In retrospect, it was a significant moment and decision for me: I had made myself a part of them, instead of apart from them.

That day at the altar call, I gave my life to Jesus.

Another thing you should know about me is that I'm gay.

Surprising or not, in church, nothing much was said about boy-boy or girl-girl relationship. It was as though same-sex love/attraction didn't exist within the church at all.

Then one weekend, my church invited Sy Rogers, an ex-gay pastor, to talk to us about "sexual brokenness." Rogers shared his personal story of how God helped him abandon his homosexual ways. He even got married and had a kid. It was the perfect story of redemption. As an impressionable teen, I was entranced by his life-altering story.

When Rogers called for those who needed to be prayed for, I went forth. Come to think of it, that moment was essentially my first coming out experience. Sure I felt exposed, but at the same time, relieved too. Like homosexuality was a disease, and my desperate confession to God was the cure.

But after a week or so, I slipped back to feeling those sinful urges. My same-sex attraction didn't just go away in the name of God. There ain't no miracle.

In secret, I continued my prayers to be healed.

Over a short period of three years, the church grew from under 200 youths to over 800-1000. It's remarkable that most of this work was done by underaged teenagers. "We need to grow the body of Christ," they would tell us, over and over.

Teenagers were trained to be part-time evangelists. Each of us had a target list -- friends and schoolmates whom we thought could be potential converts.

Yet, as the church became more and more goal-orientated and obsessed with expansion, I felt that it had forgotten about its own people.

As I grew more and more distant, I started to realize that many of its teachings were not quite right too. For instance, my church would teach us that all other religions are works of Satan. Buddhism, Taoism and Hinduism were described as unintelligent religions, their worship of pagan figures, animals and deities as nonsensical and laughable.

I also felt that the church was making use of its members. We were literally like free child labor. Well yes, nobody was forcing us to do anything that we didn't want to, but I think we were sort of brainwashed into following whatever we were told. I guess the community spirit just locked everybody in as well.

One time I was told to clean the floor of the church lobby. As I was on all fours wiping the tiles, an epiphany hit me: Wow, I don't even mop the floor at my own home, and here I am scrubbing floors in public with people walking by? What the hell is going on?

I knew I should feel proud of myself for showing such dedication to the church, but my overzealous commitment to the church was finally burning out. I felt like I had been made use of, exploited even. 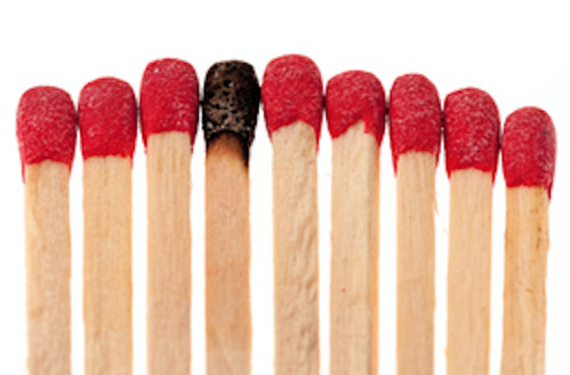 After I finally left church in 2006, I went into the gay world. I was discovering a side of myself that's so real yet so falsified by the church. I was happy only for a short while, before becoming incredibly ridden with guilt and shame. I was fearful that I would be punished by God. The stress caused me to spiral into depression.

Six months later, I was too battled to continue on my own, so I joined a new church called City Harvest Church, and started attending service every week again. It was as though I was given a second chance.

Fast forward to 2010, I started college. That year, my church got embroiled in a mega fraud investigation looking at $50 million being misused. At first I was still supportive as I had faith in the pastors of the church. But as I did my own research, I realized that I might have been wrong.

For years and years of listening to the prosperity gospel in church, I had been brainwashed into giving thousands of dollars. Well perhaps deep down, I was trying to "pay my gay sins away." I suspect many closeted gay Christians out there are doing the same. They keep themselves busy with God and the church to avoid the need to come to terms with their true self.

During my four years in university, I took the responsibility to educate myself on the subject of homosexuality. I stopped letting one specific group of people dictate how I should view myself, and other gay people.

I began to see that what it means to be gay is really my own business. How I want to live my life is my choice, not some other people's.

Additionally, I have come to realize that being Christian had shut my mind to concepts and ideas that may be foreign or opposite to our beliefs. No, the problem isn't with Christianity, but the so-called followers of Christ. I can no longer identity with their self-justifying competitiveness, their outright hypocrisy, the hate they harbor towards what their ignorant (brainwashed?) minds do not understand, and the disregard some groups have towards something alien to their belief system.

Dear Christians, do know that just because you think you're right doesn't mean that everyone else is wrong.

Losing my Christian beliefs has definitely helped me see more beauty in the world, especially in other religions and ways of life. While I was studying abroad in India in 2013, and traveling in Japan in 2014, I found that my openness and new attitude had led me to a deeper appreciation of other faiths. I've also become more respectful toward my own family's traditional beliefs.

Though I no longer consider myself a Christian, I'm still keeping a space for God in my heart. I didn't lose my religion. Instead, I'm creating my own. I don't believe that we humans can live and function happily without any belief or faith in something outside of the physical world we live in.

We all need hope -- in something bigger and more powerful than ourselves. Though I think a lot of the time that something cannot be found from the without -- not from the church, or other believers who are more fervent than you, or the priest, or money.

But only from within ourselves. 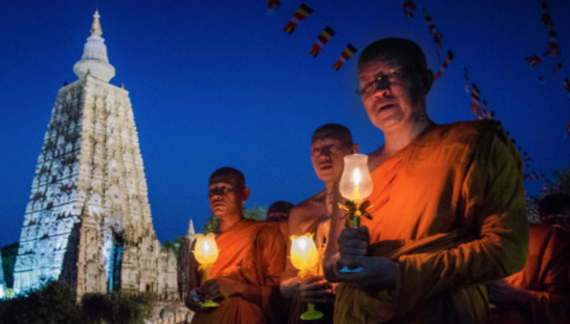