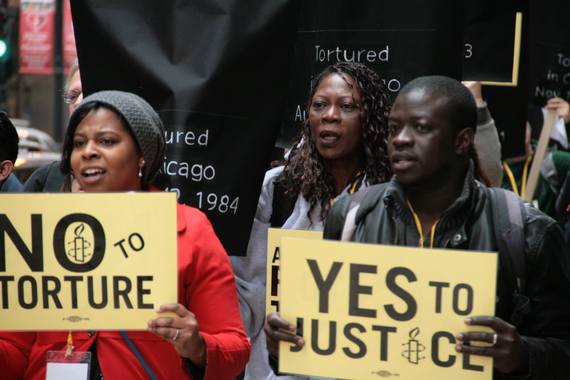 While the nation watches as the city of Baltimore awaits justice from the investigation of the role of Baltimore police in the death of Freddie Gray, Chicago has just made history in holding police accountable for abuse.

From 1972 to 1991 over 100 people, nearly all African-American men, were subjected to unspeakable torture at the hands of the Chicago Police operating under the direction of Commander Jon Burge. Men were tied to chairs and given electric shocks. The police put plastic bags over the men's heads and made them think they were going to suffocate. Mock executions, in which an unloaded rifle was forced into a man's mouth while police pulled the trigger, were used to coerce confessions. Racial slurs often accompanied the horrific abuse.

In many cases, these confessions, even to murder, were false, though the very use of torture taints every conviction. People lost decades of their lives in prison. Eleven suspects went to death row. Such was the brutality of Burge and his detectives that prisoners were willing to admit to anything just to make the torture stop.

Burge's crimes are not in dispute, but justice has been difficult to obtain. But now, the Chicago City Council has taken a historic step to show the country, and the world, that there should be no expiration date on reparations for crimes as heinous as torture. Last week, it passed landmark legislation that will provide financial compensation to survivors of Burge's torture and their families.

The ordinance will also provide a formal apology from the city; specialized counseling services to survivors and their families at a dedicated center on the city's impoverished South Side, free enrollment and job training in city colleges, a requirement that the Burge torture cases and police brutality be taught as part of Chicago Public Schools history curriculum, and a permanent public memorial to torture survivors.

The ordinance will also create a $5.5 million dollar fund, meant to ensure that living survivors of Burge torture will receive some measure of the financial compensation they deserve. The ordinance is the first of its kind, in that it provides reparations for rehabilitation and restitution. 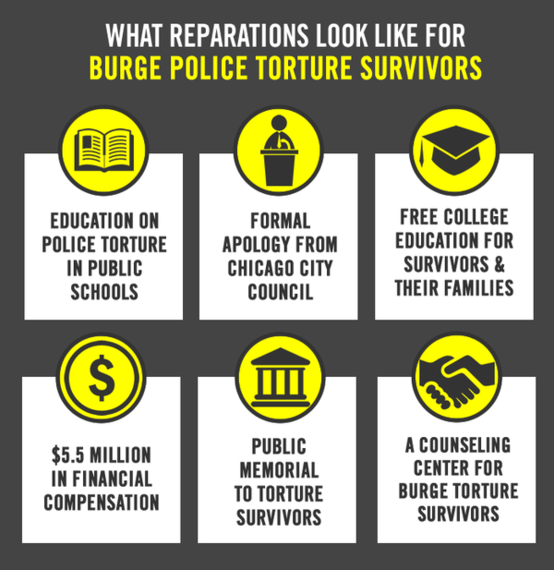 This historic step forward is due, in large part, to the perseverance of the torture survivors themselves. Men like Darrell Cannon and Anthony Holmes spent decades decrying torture by Burge and his detectives and maintaining their innocence. Chicago authorities are no longer ignoring their claims, but planning to memorialize their pain and struggle.

The vast majority of Burge's survivors were never compensated for their ordeal, and not a single survivor has ever received adequate reparations. Burge and his detectives were never held accountable for the crime of torture. Because of a statute of limitations, they could not be prosecuted for torture. Burge was convicted for lying about his activities under oath, but not for the actions themselves. He walked free this year after serving four years for perjury. 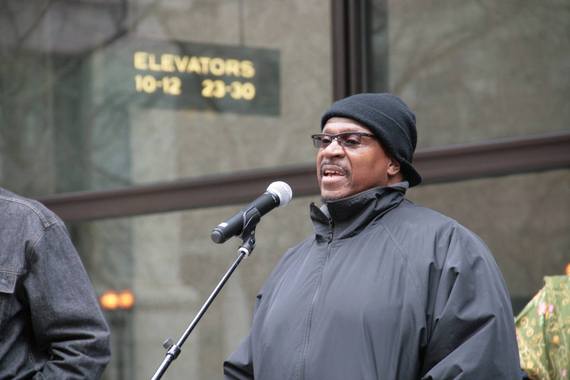 The vote in Chicago is an exceptional event. United States courts and governing bodies rarely enact penalties on police officers, even when they are caught in the most egregious violations of individuals' rights. It is rarer still for a city not only to recognize responsibility for police abuses, but also to enshrine an apology for torture in a city resolution and publicly memorialize wrongdoing.

But even for survivors of torture under Burge, no police officer was held accountable for years of torture, and reparations finally began to move forward decades after abuses first came to light. Chillingly, it seems that little has changed. As we've seen countless times, investigations of white police officers harassing, beating or killing young unarmed black men too frequently end in favor of law enforcement.

The use of unnecessary or excessive force by law enforcement, especially against unarmed black men, continues to be a human rights crisis in the United States. The systemic flaws in the U.S.'s approach to law enforcement and the racism that permeates daily interactions between police officers and communities that they are sworn to protect means that any change will be slow-moving at best. 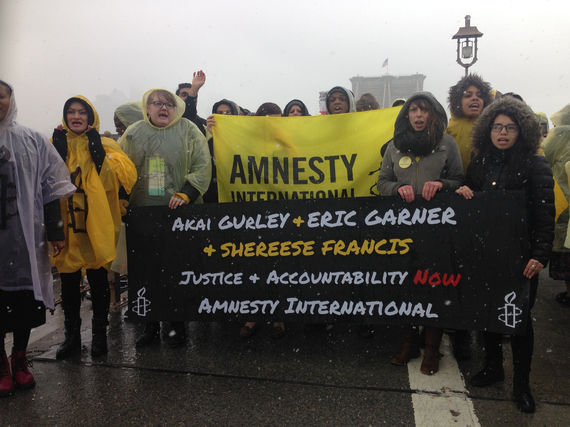 Reparations and a modicum of closure have arrived at the end of needlessly long journey for Darrell, Anthony and other survivors of Burge's abuse; it could be the beginning of something truly noteworthy for others who've suffered at the hands of law enforcement. While the Chicago City Council cannot undo the crimes of the past, it has set a significant precedent for greater accountability for police abuses.

The families of Rekia Boyd, Freddie Gray, Tamir Rice, Michael Brown, Akai Gurley, Eric Garner and countless others are still seeking answers for the loss of their loved ones to police force. But in Chicago, we saw a promising sign that, in the end, the fight for accountability can be won.

This article originally appeared in McClatchy