M. Night Shyamalan's "After Earth" has received such horrible reviews that it makes "The Hangover Part III" look good by comparison. The new film, starring Will Smith and his son Jaden, debuted on Friday to a decidedly rotten Rotten Tomatoes score of just 14 percent, making it one of the most critically reviled films of the summer thus far. (For what it's worth, "After Earth" is still ahead of the pace of ignominy set by Shyamalan's last effort, "The Last Airbender.") Ahead, the nine most scathing reviews of "After Earth."

1. "Is 'After Earth' the worst movie ever made? Maybe not; there's always 'Battlefield Earth' to remind us how low the bar can go. But that's the wrong question, since it implies that this bizarre enterprise is a movie in the conventional sense." -- Joe Morgenstern, Wall Street Journal

2. "Have alien body snatchers made off with M. Night Shyamalan? There is no small irony that this sci-fi action adventure is about surviving a serious crash. The scorched earth left behind by 'After Earth' is sure to leave a scar on everyone involved." -- Betsy Sharkey, Los Angeles Times

3. "Once upon a time, Hollywood parents gave their children sports cars as gifts. These days, apparently nothing less than a big-screen vanity project will do for Junior." -- Manhola Dargis, New York Times

5. "The level to which 'After Earth' is a catastrophe is amazing, but what’s even more impressive is the lengths everyone must have had to gone to for such an epic level of failure." -- Laremy Legel, Film.com

6. "Though he shares screenplay credit with Gary Whitta, Shyamalan is clearly a director-for-hire here, his disinterest palpable from first frame to last." -- Scott Foundas, Variety

7. "By the standards of M. Night’s Shyamalan’s recent films, 'After Earth' is surprisingly not horrible." -- David Edelstein, New York

8. "Not since John Travolta kicked the tires on 'Battlefield Earth' and pronounced it good to go has there been a big-name sci-fi flameout quite as disastrous as Will Smith’s 'After Earth.'" -- Kurt Loder, Reason 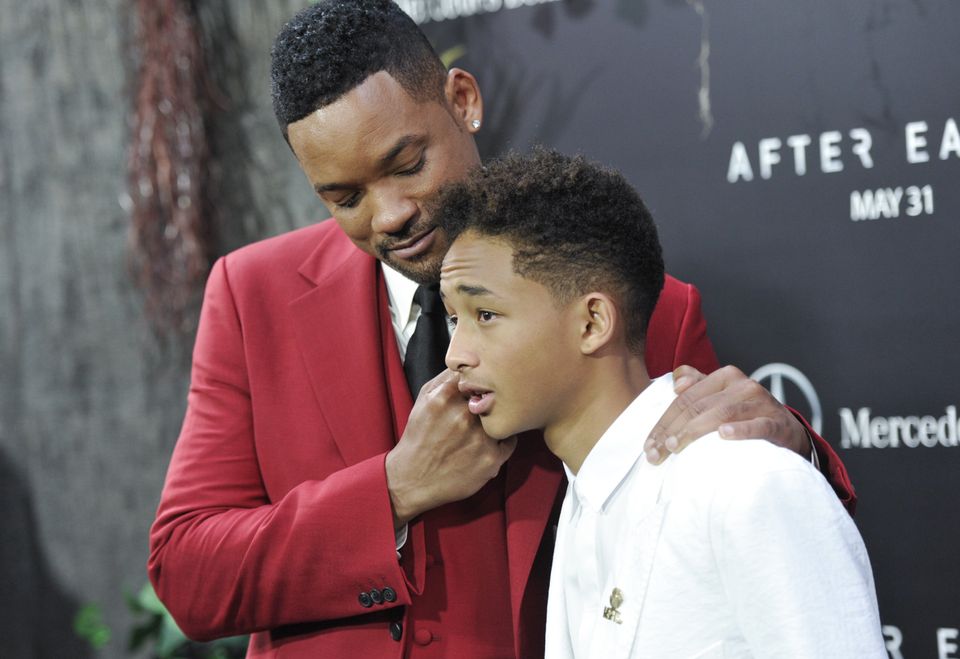 1 / 22
Will Smith, Jaden Smith
Actors Will Smith, left, and Jaden Smith attend the "After Earth" premiere at the Ziegfeld Theatre on Wednesday, May 29, 2013 in New York. (Photo by Evan Agostini/Invision/AP)
AP