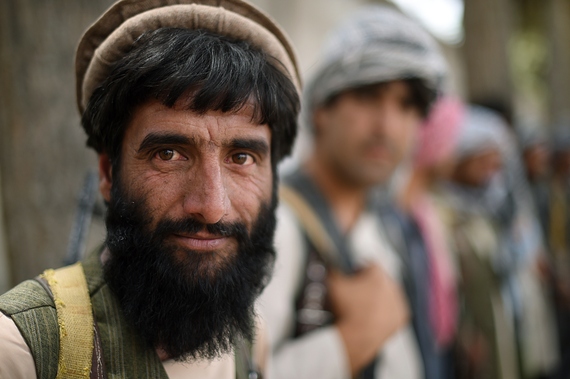 KABUL, Afghanistan -- After the overheated rhetoric about the Taliban's takeover of Kunduz this week, Aarya Nijat is refreshingly down-to-earth. While some see the capture of one of northern Afghanistan's largest and most important cities as a harbinger of imminent disaster, Nijat is much more sanguine about the future.

"Of course we are sad about the attacks on the hospitals, the looting of houses and shops," she said. "These are real losses. But I do not feel as if Afghanistan is going to fall down."

The Taliban orchestrated a major attack on Kunduz on Monday, and by Tuesday had control of much of the city. Only the airport remained in contention, with heavy fighting reported around the area on Wednesday. On Thursday, Afghan security officials announced that central Kunduz had been retaken by Afghan forces, but reports out of Kunduz indicated that there was still heavy fighting on Friday, with the Taliban flag once again flying over the central square.

US Special Forces are on the scene to help direct operations, and the Afghan military assault is backed by US airstrikes.

But the question, says Nijat, who has a master's degree from Harvard's Kennedy School of Government, is not how to dislodge the militants from Kunduz, but how they got into the city in the first place.

"The first-hand reports we are receiving from Kunduz indicate that the governor, the chief of police and the head of the security services had all left the province by the time the attack started," she said."They left the scene, the defense forces had no leadership. They were calling for more power, but nothing was happening."

Kunduz province has seen a lot of fighting over the past few months, As district after district fell to the Taliban, there were numerous reports that the insurgents had their eye on the city of Kunduz, the provincial capital.

Under those conditions, it is more than curious that Kunduz was not more protected.

"As an Afghan, I know that it is impossible to take a major city in one day," said Nijat. "The Ministries of the Interior and Defense have the capacity to repel the Taliban. They had received reports about Taliban activity in the province, but they took no action. It is a scam, but by whom, and for what, I don't know."

She may not know where the blame lies, but Nijat is convinced that the blame should not rest with the soldiers.

"The military institutions -- the soldiers, the police, are working their asses off," she said. "They are not responsible for this. It is a lack of strategic leadership."

Speculation is rife as to why the Taliban were allowed to take Kunduz with a force of just a few hundred men. Parliament has summoned government officials and is calling for the president's resignation over the affair.

A protest was being planned in Kabul for Thursday to expose the "Taliban fifth column" inside the Afghan government, but organizers were not saying who exactly they have in mind.

The anger and recriminations are the real danger in this situation, Nijat points out.

"What all of this does do is empower those ethnocentric circles who want to make it seem as if Afghans are all going to start killing each other," she said. "That is the damage."

Ethnicity is a touchy subject in Afghanistan, and has played a role in the recent upheavals. During last year's presidential elections, tensions reached the boiling point as Pashtuns, Tajiks, and other ethnic groups each backed their own candidates and demanded a role in the government, bringing the country to the brink of violence.

Once the issue was apparently resolved last year with a power-sharing agreement between President Ashraf Ghani, an ethnic Pashtun, and Dr. Abdullah Abdullah, who is identified as a Tajik even though he has Pashtun blood as well, everyone breathed a sigh of relief. The future looked bright.

But one year later, the picture has clouded a bit. Ghani and Abdullah seem unable to work together, and major initiatives have been stalled by internecine squabbles. Afghanistan still has no defense minister, since neither camp can agree on a suitable candidate.

The Interior Ministry recently put another major project on hold: the distribution of electronic national identity cards (e-NICs). The project, begun in 2009 and generously funded by the international community, was supposed to have resulted in fraud-free elections in 2014. The cards were to produce valid voter rolls and prevent multiple voting. That did not happen.

And on Tuesday the Ministry of Interior sent a letter to the employees of the e-NIC department, saying that their contracts were suspended until further notice due to funding and "other issues."

The "other issues" most likely involve a wave of demonstrations that has swept the country over the past few months, by groups insisting that the word "Afghan" be displayed on the card. Others just as vehemently reject the appellation, saying that "Afghan" is more often associated with the Pashtun ethnic group.

The result: no e-NICs for the foreseeable future.

Nijat, who is in her early thirties, is adamant that ethnic tensions do not plague her generation. Afghanistan's educated youth have put such things behind them, in part because of their troubled pasts.

That was the civil war period, when the warlords who had joined to fight the Soviets turned their guns on each other. The country was engulfed in horrific violence, which only died down when the Taliban came to power in 1996. The Taliban years were also difficult, and were ended by yet another war.

This generation -- the millennials -- do not want to get drawn back into the messes of the past.

"Afghanistan is now very different," Nijat said. "There are different priorities, different avenues for participation. Some of the old problems seem rather irrelevant."

Nijat returned to Afghanistan after completing her degree at Harvard to become a founding partner in Duran Research & Analysis, an Afghan think tank. She never had any doubts about where she belonged, she said.

"This is home," she said firmly. "I got the Fulbright scholarship because I am a woman from Afghanistan. With that privilege comes a responsibility."

That feeling is widespread in her cohort, she says, and it is here that hope for the future lies.

"I see my friends working very hard, despite the problems, despite the corruption," said Nijat. "We have a strong sense of responsibility, of giving back. It's a strong force that keeps us in this country."