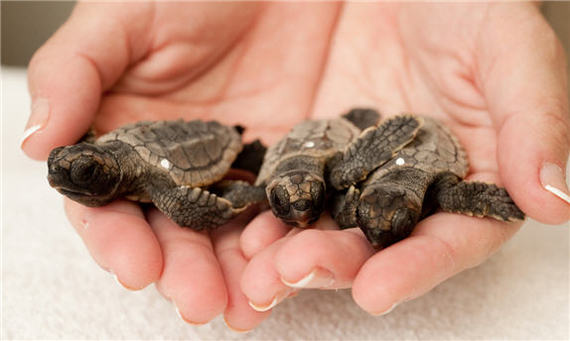 "A miscarriage is a natural and common event. All told, probably more women have lost a child from this world than haven't. Most don't mention it, and they go on from day to day as if it hadn't happened, so people imagine a woman in this situation never really knew or loved what she had. But ask her sometime: how old would your child be now? And she'll know."―Barbara Kingsolver, Animal Dreams

"God, to me, it seems, is a verb not a noun, proper or improper."―R. Buckminster Fuller

My late, "adopted" grandmother, Cola de Joncheere, whom I met for the first time on Mykonos, in 1975, suffered a miscarriage, the last of many, on September 13, 1951, my birthday.

In a real sense, that date was as significant to Cola as to me, and it bound us together via some sure, virtual umbilicus.

My own twins, seen once only on ultrasound in an Athens, Greece clinic, and miscarried in their second month, would be 29 now.

I've consulted my 1987 datebook, but I made no note of our exact date of "meeting." I remember, only, being told the news of my pregnancy, in person, and then pausing, minutes later, in the median of a busy Athenian boulevard to take on board the thought that I was no longer one, but three.

Had that small pair of the star-crossed not been lost, I presume I might well be a grandmother now, of grandchildren part Greek, part Cherokee, part northern European (and half whatever their hypothetical fathers and mothers contributed to their mix).

Though, over the course of the 1980s, I endured "infertility studies" in both Greece and the United States―multiple artificial inseminations, body-and-mind-warping hormone therapies, and relentless and invasive testing in my quest to produce a child, I am only certain that one pregnancy survived over two months' time.

If I had it to do over again, if I had been then the person I am now, I would never, ever have entered the daft and privileged "infertility mill": in my 30s, I would, instead, have become a parent to some two or three of the vast ranks of the orphaned. But, as the Pennsylvania-Dutch proverb has it: "Too soon dumb; too late smart."

In any event, Cola and I were never meant to be biological mothers; or, indeed, traditional parents of any sort. Babies were not our strong suit.

I myself cope best with Homo sapiens ten years and older; Cola, I believe, preferred that her adoptees have finished graduate school (we needed degrees--several--to keep up with her and her husband, composer Bernhard Heiden).

So . . . no analog grandchildren for this daughter of America's rarefied mid-century, and no marriage stable enough to support adoptions during the critical clutch of decades when I and a spouse might have adopted.

Thus, it has been my lot, as it was Cola's, to "adopt" my college students, the adult daughters of friends, and other young women I have met while wearing my various hats--for a day, for a decade, or for life.

Daughters only, I admit: did I specify that I best abide members of my own species ten years or older, and female? Grandsons, therefore, need not apply: I haven't time enough, nor patience.

What I have to say, late in life, to the tiny tribe who comprise my granddaughters is not what I would have told my own twins, either. My "advice," the crone-wisdom of 2016, differs dramatically from what I had to impart, to say, as a young adult mother in 1987. For our world--that of my granddaughters and me--has morphed quickly into a place becoming, by the moment, less and less hospitable to our species, and to almost all others among whom we came of age.

Tube worms, which thrive on the deep ocean's hydrothermal vents, may get a kick out of climate change: we will not.

In much of my other writing this past decade, I have (along with other Cassandras), raised a hue and cry regarding mass-extinction-level climate change. For I believe the science (the best guesses of our best minds) predicts cataclysmic change, and perhaps the planet-wide extinction of most species in our grandchildren's or great-grandchildren's lifetimes. It is change very few of us have taken on board. Nor do I see our doing so, given our meager "lights." (Too soon dumb; much too late smart.)

So, on the deck of the loveliest of Titanics, here I am, among my daughters' daughters, for one brief moment, holding forth. And, truly, all I have to say, all I have learned in 64 years, was said most memorably by the author of Matthew 22: "Love thy neighbor as thyself." Honestly, the first of the Matthew-author's "commandments," regarding love of a supreme being, I've long consigned to the rubbish heap of magical thinking, but that second admonition is a keeper.

And by "neighbor," I mean the Leatherback turtle laying her eggs on the Tobago beach; the orphaned East-African elephant fostered by The David Sheldrick Wildlife Trust; the bleached and dying coral reefs all over the planet . . . and the one out of every 113 Homo sapiens currently designated a refugee.

Accepting the mandate to love one's neighbor is something many of us--and, certainly, all those I call granddaughters--have already done, I am happy to say.

But what is involved in "loving" sufficiently, in 2016 and forward, comprises an immense task.

Most important, I believe, in "working the verb that is love," is rigorous, continuing education regarding the needs of the planet and all its inhabitants. What human beings have set in motion in our shared environment, with the ever-burgeoning burden of carbon we create, may well be the engine that ends all life as we have ever known it on Earth.

But, still, our mandate to love has no expiration date.

Were I to know, a half-century in advance, that our home will be unlivable for any of us by 2050, the way I proceed, myself, was determined, long ago . . . perhaps as long ago as when I became three.

My own course is set: wherever and whenever I can improve the lot of beings, I task myself to do so.

Every woman changes with every pregnancy. Once called upon (by Nature) to incubate others, once a mother and grandmother (analog or virtual), women are also--I believe--called upon to love our immense common mother, to nurture her as she has nurtured all of us, in all her myriad incarnations (from the coral to Caretta caretta).

And though I could never brought a daughter "to term," my life changed, in medias res, on Syngrou Avenue in Athens when, for a moment, I became three.

PS For those seeking "planetary" consciousness-raising, I can recommend no better teacher just now than Carl Safina (http://carlsafina.org/). Go to his dot-org to find all his titles, especially Beyond Words: What Animals Think and Feel.