When asked, in an interview back in 1999, whether or not one painting could adequately challenge masculine representations of God, the inimitable Judy Chicago replied, "Not one painting... One painting can't possibly have that power. But if in the museum there were a lot of paintings by women who have made images of the female as the divine, then maybe it could begin to have an effect. But no one image can do that by itself." 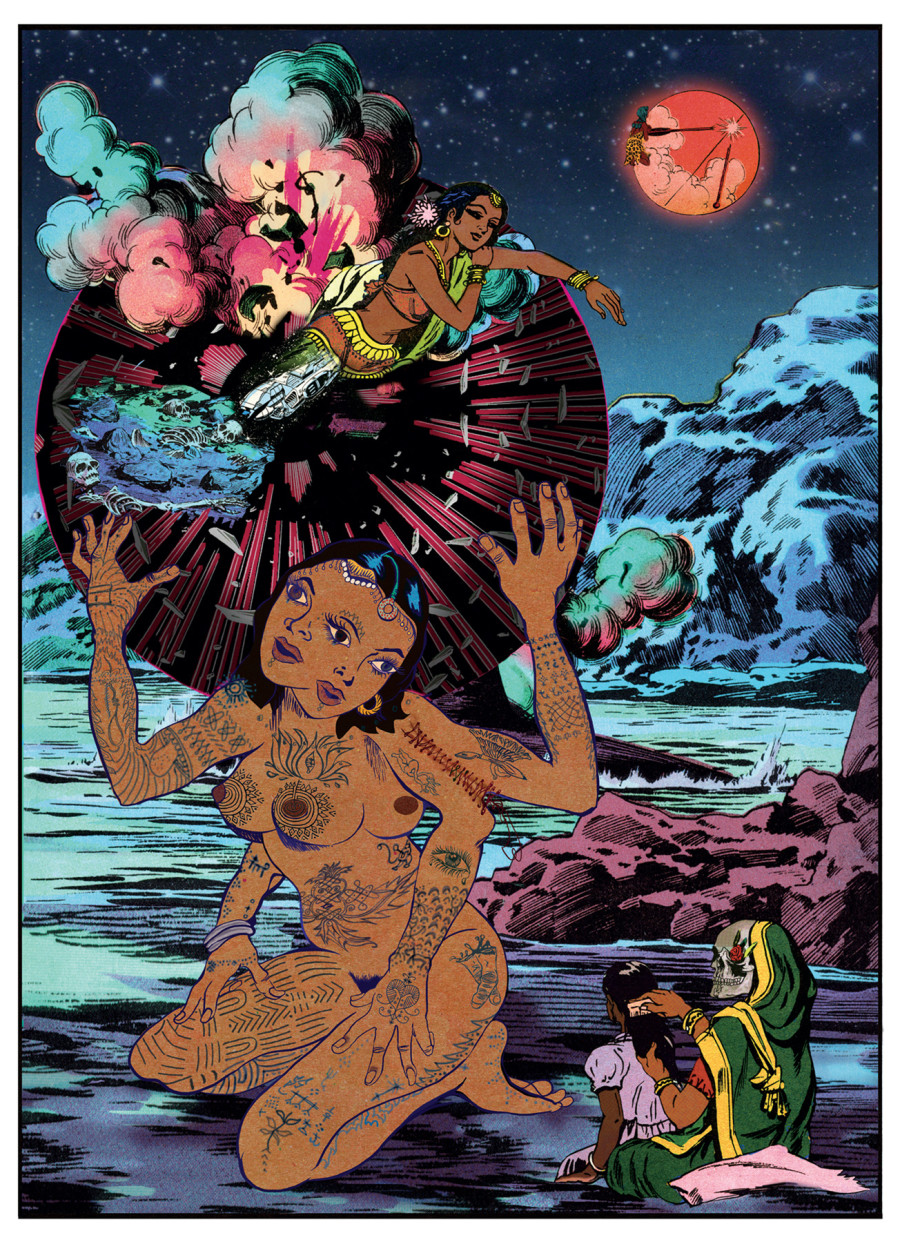 This month, a group of queer feminist artists is tackling a subject that's as relevant to the pioneers of second-wave feminism as it is to the riot grrrls and intersectional feminists of today. "After Our Bodies Meet: From Resistance to Potentiality" will gather together works by contemporary artists who challenge the "body oppression" of yesterday and today. From Tee Corrine's "Cunt Coloring Book," published in 1975, to Chitra Ganesh's 2013 prints of dramatic, Bollywood-esque scenes, the survey aims to connect decades of narratives about sexuality, power and body politics.

The collection of mixed media projects is pointedly multicultural, as Zanele Muholi portrays black queer communities in South Africa and LA-based Heather Cassils reflects on his experience as a transgender man. Sophia Wallace reintroduces audiences to her CLITERACY project, throwing phallocentric readings of art and science to the wind. Chris E. Vargas, Allyson Mitchell, Catherine Opie, Cathy Cade and Laura Aguilar join the ranks as well, amounting to a group show that references the concerns of early feminists bottled up in the language spoken by contemporary, politically-charged figures today.

"If we can't use the historic language of art because so much of it is misogynous, what language are we supposed to use as women artists?" Chicago continues in the same Gadfly article. "If we can't use the female body, for example, because there is such a thin line between representation and colonization, then what are we supposed to do? To build a new language, that's a big job."

As the "After Our Bodies Meet" exhibition descriptions states: "Bridging these historic and contemporary endeavors not only honors the pioneers of gender-conscious art but also highlights the evolution of feminist thought within artistic representations of queer bodies, including some that question the gender binary on which feminism was first conceived."

The show, curated by Alexis Heller, is on view at New York's Leslie-Lohman Museum until July 27. If you're not lucky enough to be in the area, check out a preview of the exhibition below. Let us know your thoughts on the works in the comments.

CORRECTION: A previous version of the post included Juliana Huxtable on the roster of artists on view. Per an update from Leslie Lohman Museum, we have removed her name from this list, as her work is no longer in the exhibition.