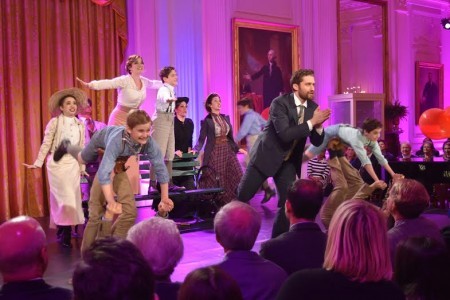 At The White House

There is a very important saying in theater: "The show must go on." It is the inevitability of this fact that First Lady Michelle Obama and the White House were faced with, when Paris was mercilessly attacked on November 13th, three days before a pre-planned event Broadway at the White House, that welcomed students from high school performing art programs across the country for workshops and musical performance by some of the most well known stars of Broadway and beyond.

The event, itself designed to inspire, motivate, and share with the students the history of Broadway, and the craft of theater. The importance of the event happening just a few days after such a brutal and unprovoked attack on innocent civilians was not lost on Michelle Obama who, on two separate occasions, delivered moving tributes and, at the end of the day, a moment of silence in memory of the attacks.

Herald de Paris recorded these and you can see the clip and the First Lady's moving remarks where she stressed that, "As my husband said on Friday, this was an attack not just on France, our dear friend and oldest ally, but on all of humanity and our shared values. So as we mourn, we must continue to shine a light on the strength of those shared values and hopes. That's what events like this are about, about inspiring our next generation. It's about sharing America's proud cultural legacy with people from all walks of life across this country. I think Lorraine Hansberry, the first African-American woman to write a Broadway show, put it best when she spoke to a group of young artists and told them, simply, "This nation needs your gifts." 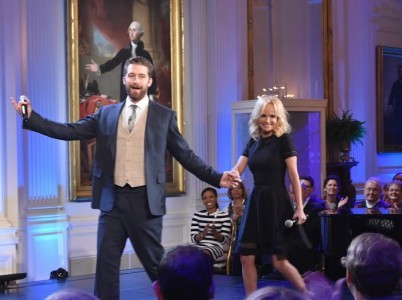