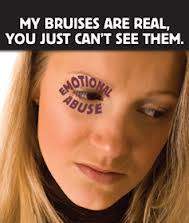 When anyone hears stories of domestic violence, it's almost always physical abuse, death and even murder suicides. Most people, though, fail to understand how emotional abuse can also be domestic violence. And I'm sad to say, years ago, I was that person. While I prided myself on never being in a physically abusive relationship, I found myself married to an emotionally abusive husband. And while he never slapped, punched or kicked me, I eventually realized it was just as was unhealthy and dangerous as physical abuse, And hopefully, the two examples below will help you see it too.

The first occurrence happened in 2007. We were giving each other the silent treatment after a fight. And to this day, I still don't remember what the fight was about. What I recall is him walking me to the garage and watching me back out of the driveway. He seemed as if he wanted to say something, but he never did.

As I sped off, I made the conscious decision NOT to take the interstate. Instead, I opted for the back road of our small Texas town. The road took me past the Ewing mansion from the hit show, Dallas, and I always smiled as I passed it.

A few moments later, however, my car started acting funny. When I realized I had a flat tire, I pulled over in front of a church and thanked God I didn't take the interstate. A man ran out of the church and immediately helped me.

Thanking him, I drove to the nearest garage to buy a new tire and finish my errands. When I returned home, it was I who first broke the silence. After telling him about my flat, my husband of 5 years turned and in a hateful tone said, "I saw you had a flat tire but you weren't talking to me, so....". Then he walked away.

It was as if he punched me in the chest. The blow from his words knocked the wind out of me. I remember running after him trying to explain why he's supposed to love and protect me even when we're fighting. And he promised, like most abusers, that he wouldn't do it again. He claimed he understood and would be a better husband.

But in 2013, another fight occurred where we, again, were not speaking to each other. This time, however, I learned my friend had been murdered and although I spent days crying in our bedroom, he never consoled me. Instead, he slept in the living room, played video games and laughed boisterously at the TV.

This went on for weeks. And when I tried to speak to him, he only got angrier. And although he never hit me, he pushed the door close to my face like he would hit me with it. He held it back at the last moment and smirked when he saw I was frightened. And while I continued to cook and clean for the household, he ignored all of my efforts and even pitted our son against me.

The grief of my friend's death and the stress at home brought on a headache like I never had before. It literally felt as if there wasn't enough room in my skull and my brain would burst. Rushed to the er, I lost feeling in my legs and passed out. When I came to, the nurse took my blood pressure then rushed me for a CAT scan. Finding nothing, the doctors pleaded for me to have a spinal tap. They feared that my aneurysm had burst.

Thankfully, it had not, but that experience was my wake up call. Emotional abuse is domestic violence, and I needed to leave.

Discharged from the hospital, I left the household and started counseling. As I learned more about emotional abuse, what struck me most is that all types of abuse begin with some kind of emotional abuse. And while abusers prey on victims with low self-esteem, they still put victims through additional mind games such as gas lighting, deflection and insults. Eventually, the victim believes or fully embraces the abuse. Yet, ironically long for the abuser to change and love them. The abuser, however, becomes crueler and may even add physical or sexual abuse on top of it. The victim stays for a myriad of reasons, but always feels as if they don't deserve better.

If you find you may be a victim of emotional abuse, I hope this article helps you to recognize it as domestic violence. And gives you the strength to leave. 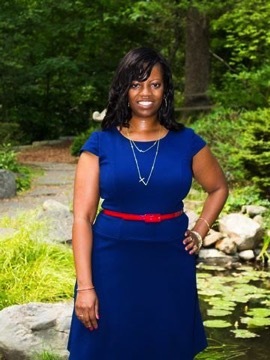 More:
divorce domestic violenceemotional abuseRelationshipsMarriage
Newsletter Sign Up
A weekly guide to improving all of the relationships in your life
Subscribe to HuffPost’s relationships email
Successfully Subscribed!
Realness delivered to your inbox