A woman wrapped in a beige blanket stares numbly into the distance. Behind her lies a small mountain of debris -- the slats of a bed, the broken back of a chair.

That photo, taken nearly one year ago in Japan's Ishinomaki, Miyagi prefecture, became a symbol of the human costs of the Japanese earthquake and tsunami.

The woman in the picture? 29-year-old Yuko Sugimoto.

While many have seen the iconic image, few know the story behind it or of the happy ending that followed.

Sugimoto had been looking toward her son Raito's kindergarten. He hadn't been seen since the disaster struck, and she'd received word that the kindergarten had been completely submerged under water.

"At that point, I thought there was only about a 50 percent chance he was alive," Sugimoto told Reuters while recalling the details of that day.

The following day, Sugimoto was reunited with her husband, Harunori. The pair began going to the evacuation centers around the city. Her husband even found a boat and reached their son's school, but it was empty, the Daily Mail reports.

Finally, the couple heard that Raito had been evacuated from the roof of his kindergarten to a university, the Sydney Morning Herald reports.

"When I saw Raito in the corner of a room, the next moment I was weeping so hard I couldn't see anything," Sugimoto told the Daily Mail.

The Sugimotos lost their home in the disaster but are rebuilding their lives. According to the Sydney Morning Herald, they lived in shared accommodations for survivors before finally renting a friend's home.

"'We were lucky. We may have lost our home but my family has become even more precious to me. Perhaps we took things for granted a little before the disaster," Sugimoto said.

Check out our slideshow of Yuko and Raito's lives one year after the tsunami:

After The Tsunami, The Story Of Yuko Sugimoto's Reunion With Her Son 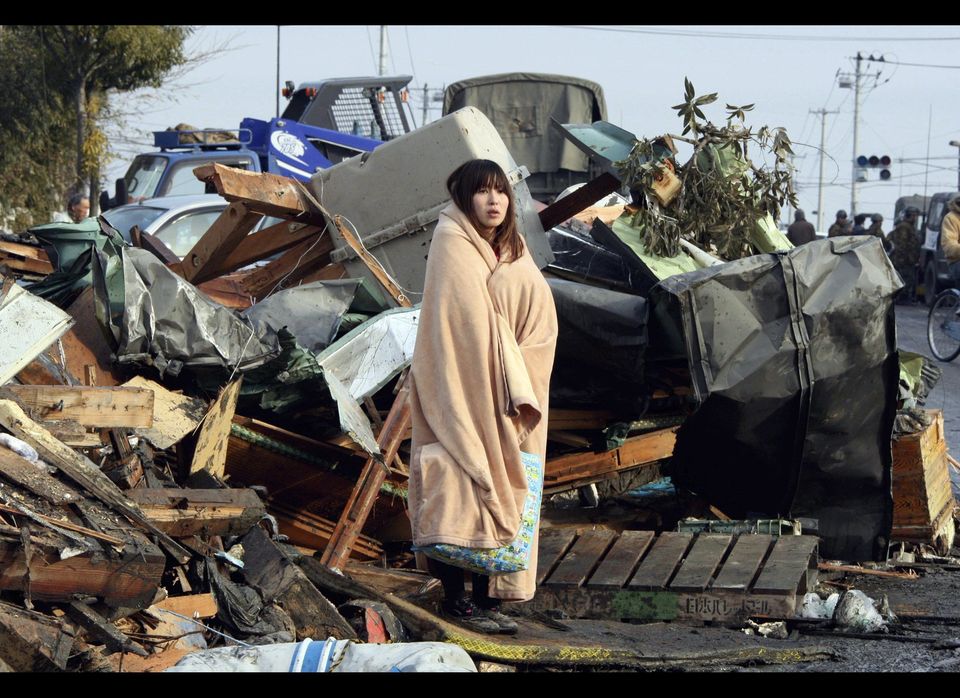 1 / 4
This file photo taken on March 13, 2011 shows Yuko Sugimoto wrapped in a blanket standing as she looks at tsunami damage in the town at Ishinomaki in Miyagi prefecture. A year ago, the desperate young mother stood amid the ruins of her devastated city wrapped in a blanket as she scoured tsunami wreckage for her missing son. Twelve months on, Yuko Sugimoto and her family are reunited and living in a temporary home, but the scars from the catastrophe still remain.
YOMIURI SHIMBUN/AFP/Getty Images