On the 40th anniversary of Roe v. Wade, one documentary at Sundance Film Festival addresses the enduring controversy surrounding abortions. "After Tiller" is a pointed reference to the late Dr. George Tiller, a Witchita, KS based late term abortion doctor who was shot and killed by an anti-abortion advocate in 2009. The film offers a empathetic glimpse into the lives of the four remaining American doctors who carry on Dr. Tiller's practice in the face of mounting political pressure.

"Everything has a risk to it," Dr. Tiller is quoted as saying in the film's opening scenes, setting the stage for the project's strong stance on the daunting role these doctors play with respect to reproductive health.

Directors Martha Shane and Lana Wilson spent several years getting to know LeRoy Carhart, Shelley Sella, Susan Robinson and Warren Hern. These four medical professionals set up practices in Nebraska, New Mexico, and Colorado -- three of the nine states that allow pregnancy termination after 25 weeks. Following Dr. Tiller's death, they became the only physicians willing to perform abortions in the third trimester of pregnancy; a type of procedure that accounts for only 1% of all abortions in the United States yet occupies a substantial space in the American debate over reproductive rights.

The necessity of their practice is revealed most directly in heart-wrenching communications between the doctors and their patients, the latter of whom are shown from the neck down to hide their identities. Men and women of all ages appear with tissues in their hand as they are counseled through their decisions to terminate pregnancies, most often after discovering that their unborn child has been diagnosed with a serious illness or condition that would lead to a significantly reduced quality of life.

"I always come back to the woman and what she is going through." Dr. Sella states in the film. "It's not just about being alive, but it's about life and what it will mean."

The film touches on the hurdles created by laws like Nebraska's Fetal Pain Prevention Act, a decision that disallowed abortions after 20 weeks, which forced Dr. Carhart to move his practice to Maryland.

The historical importance of Roe v. Wade is ever present in "After Tiller," as the doctors consistently state that any concessions made to protesters are part of a slippery slope that could repeal the 1973 decision altogether. "We're a court of last resort," Dr. Robinson says.

Altogether, the film is straightforward in its presentation as well as its position. Though the filmmakers told the LA Times that they didn't want to create an "issue movie;" the documentary certainly slants toward the point of view of the doctors, who are given ample time to defend their practice and their prerogative.

“We’ve been at war since Roe v. Wade was passed," explains Dr. Carhart. "Except there’s only one side that’s been fighting.”

The film pays equal tribute to the very human apprehensions experienced by Drs. Sella, Robinson, Carhart and Hern, and the complex decisions they regularly make in their work. It's a "mission" as they call it, but one without a certain future as these four doctors approach retirement age. Continued dialogue appears as the only solution for all sides, as Dr. Sella states:

"Unless people understand what is going on for the woman, it's impossible to support it."

PHOTO GALLERY
'After Tiller'
Download
Calling all HuffPost superfans!
Sign up for membership to become a founding member and help shape HuffPost's next chapter
Join HuffPost 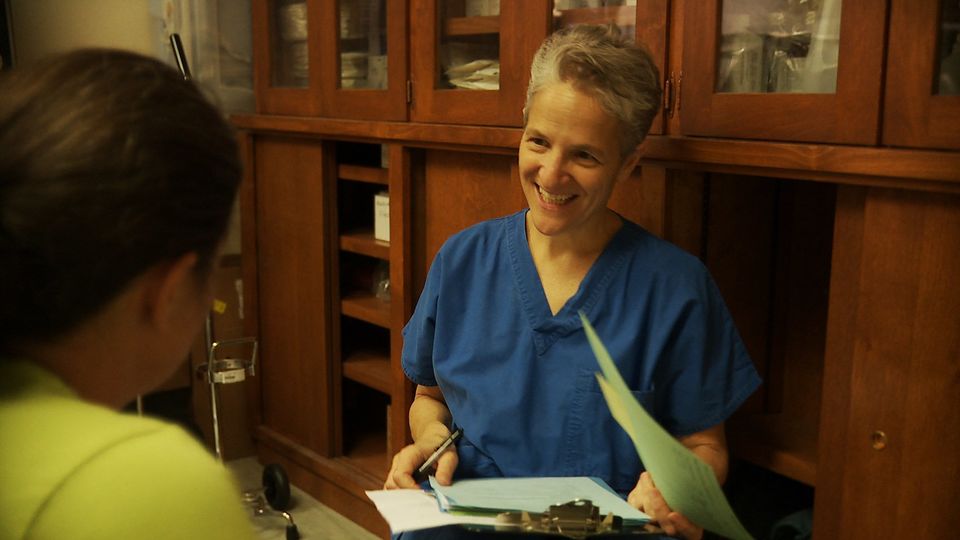