With the publication of the much-delayed US Senate Intelligence Committee's partial report on the CIA's Detention and Interrogation Program, at long last the truth is out. Put simply, the abuses it details are sickening. The report documents a period of lawlessness by the US Central Intelligence Agency. It shows that officials at the highest levels of the US government committed very serious and atrocious crimes, including systematic torture in violation of the UN Convention on Torture (of which the United States is a party) and US law.

The Senate report corroborates the findings of the International Center for Transitional Justice (ICTJ), in a series of reports dating back to 2008, as well as other rights groups: that the systematic practice of torture against detainees in secret overseas prisons was approved and overseen at the most senior levels of the US government. Moreover, as Senator Dianne Feinstein aptly notes in the report's foreword, these practices were in direct "violation of U.S. law, treaty obligations, and our values." 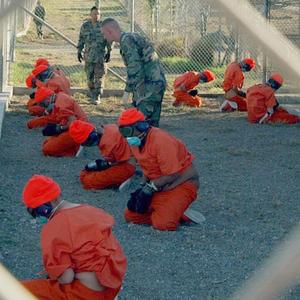 While we have known for over a decade about many of the details of illegal US detention and interrogation practices, the "Torture Report" establishes beyond a shadow of a doubt that the US government engaged in widespread and brutal use of torture and other criminal acts against a long list of individuals without a shred of due process or even the semblance of justice.

The full 6,700-page report has not been released yet, but its lengthy, heavily redacted executive summary nonetheless paints a repulsive picture of criminal and immoral practices far beyond what had been previously made known to the public. It also exposes the facile lie that torture somehow disrupted terror plots or saved American lives. The report, based on over 5 million pieces of evidence sourced from the CIA itself, decisively debunks this claim, and under the weight of direct evidence the CIA's contorted claims fall like a house of cards. Moreover, it establishes in clear terms that the CIA's torture program was perpetuated through misinformation to the public, Congress, and even the White House.

A sampling of the abuses is chilling. Detainees were deprived of sleep for periods as long as one week and subjected to cramped confinement, physical abuse, use of insects, mock burials, and "stress positions." With the approval of the CIA's medical staff, some prisoners were subjected to medically unnecessary and ghastly "rectal feeding," or "rectal hydration," amounting to a form of rape. One prison was kept so cold that at least one detainee froze to death.

Some detainees were told that they would be killed while in custody. A number of detainees endured repeated waterboardings, a form of simulated drowning. Khalid Shaikh Mohammed was waterboarded a staggering 183 times before it was acknowledged that the method was not producing any results.

We now know that at least 119 men were held in CIA custody. Of these, 26 men by the CIA's determination were wrongfully held. These victims of torture have a legal right to redress. This is particularly true for those who have never had charges brought against them, despite being detained for long periods of time.

Now that the Senate committee has taken action to reveal the truth about these brutal practices, the United States must hold the perpetrators accountable and address its obligation to the victims of its detention policies. As the Senate report shows, the torture practices at Abu Ghraib that came to light with horrific photographic evidence in 2004 were not the result of isolated rogue US agents or "a few bad apples," but part of a larger systematic practice of torture that was condoned at the highest levels of government.

Claims for redress and reparations have run into a variety of procedural and legal roadblocks. Earlier this week, six prisoners who were held at Guantanamo Bay for 12 years were transferred to Uruguay to be resettled as refugees. Another 67 men remain at Guantanamo Bay cleared for release, but held nonetheless for want of a third-party host country. This is neither consistent with US law nor US obligations under international law, including the Torture Convention and the International Covenant on Civil and Political Rights, which require its adherents, including the United States, to provide redress to victims.

According to the Torture Report, CIA attorneys as early as 2001 developed legal arguments "to avoid prosecution of U.S. officials who tortured to obtain information." The US government has a legal obligation to hold those who committed these horrific violations to account for their crimes. So far, no senior figure has been brought to the bar of justice for authorizing the use of torture in violation of national and international law. Instead, the architects and authorizers of the program have been given tacit amnesty and, in many cases, well-paid and prestigious jobs.

Many other countries, particularly in Latin America, have actively addressed their history of government use of torture and other serious crimes, while solidifying, rather than sacrificing, a commitment to democratic and human rights values. These countries initially faced similar arguments against accountability as those made now in the United States: that the facts were already known, that the actions were justified, that looking into abuses would be politically divisive, and that the focus should be on moving forward.

The Senate report, though replete with redactions, is a first step toward exposing horrific abuses, but it is well past time that the full record be made available to the public. To cite former Secretary of Defense Donald Rumsfeld, perhaps the key architect of the "enhanced interrogation methods," there are now some "known knowns" about US torture, but there is still more that we need to know.

Simple justice, not to mention international and domestic law, calls for accountability for these crimes by the principal perpetrators as well as acknowledgement of the abuses and redress for the victims by the government. Other societies across the globe have followed this path, not only because they have a legal obligation to do so, but because they wanted to send a signal that they were ready to abide by the rule of law and, as Dr. Martin Luther King, Jr, said, "Injustice anywhere is a threat to justice everywhere."

How can it be that the United States, which so prides itself on its traditions of respect for the rule of law and human rights, simply turn a blind eye on this deep stain on its record without the resonance of hypocrisy? How can it dare to ever point out abuses in other places with such a "beam in its own eye"? How can it revive its moral credibility?

The starting point is straightforward: acknowledge the truth, hold the principal perpetrators accountable, and provide redress to the victims. Anything less will be seen as window dressing.