When we landed in the Philippines, the first thing we noticed were the trees. Entire groves had been snapped in half and scattered like matchsticks. Not a single tree remained standing.

It was one month since Typhoon Haiyan, and we were visiting Guiuan, a city on the southernmost tip of Samar Island where the Philippines meets the Pacific, and the first to feel the brunt of the storm's fury. Typhoon Haiyan's historic 190-mile-per-hour winds had flattened the landscape with devastating precision. All around lay mangled heaps of wood, steel and concrete. Guiuan's mayor called Haiyan a "delubyo" -- or "armageddon."

One of the most powerful storms on record, Typhoon Haiyan claimed nearly 6,000 lives in the Philippines and destroyed entire cities. In the wake of the tragedy, we traveled to the country earlier this month to survey the relief operations of the UN's World Food Programme (WFP). As the world's largest humanitarian agency dedicated to hunger, WFP has staff stationed across the globe. In Haiyan's immediate aftermath, 125 WFP staffers flew to the Philippines from all over the world to assist the national government. Within hours of landfall, WFP began mobilizing pre-positioned food supplies, including rice from Sri Lanka and high-energy biscuits from Bangladesh, to reach survivors as quickly as possible. So far, more than 9 million pounds of rice has been dispatched, along with nearly 400,000 pounds of high-energy biscuits. 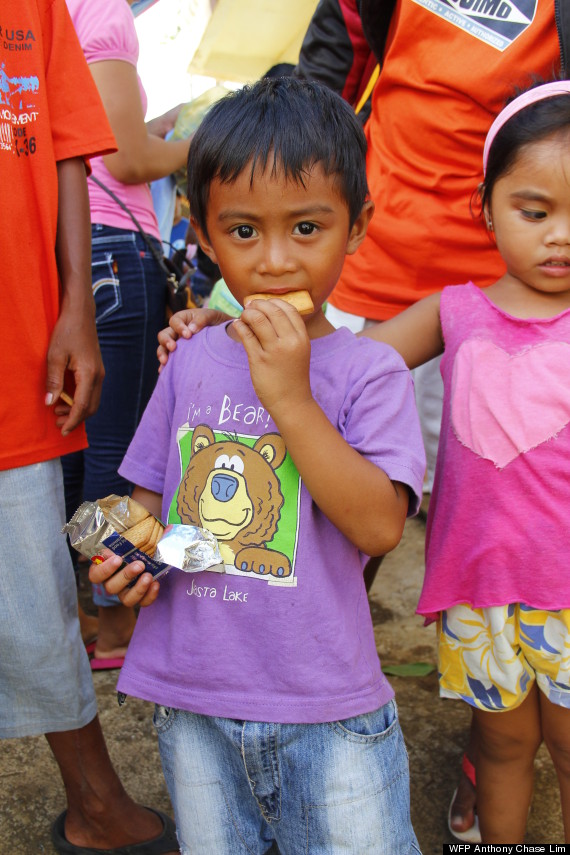 In addition to delivering emergency food assistance, WFP serves as the UN's logistics arm, setting up telecommunications systems and coordinating relief efforts. After Haiyan, WFP transported vital infrastructure -- such as prefabricated offices, mobile storage units, generators and radio equipment -- to help aid workers get their operations up and running. Thanks to WFP's expertise in the field, relief arrived within days.

The Philippines emergency response demonstrates why flexible food assistance -- targeted by region, tailored to specific needs -- is the smartest, most effective approach. By using pre-positioned supplies, purchasing local food staples and using flexible cash aid when and where possible, the international humanitarian community created a modern and resource-wise relief effort.

Though we had anticipated scenes of unimaginable destruction, we were moved by the resilience of the Filipino people. In Tacloban, we met a four-year-old survivor who had climbed a tree to escape the storm surge. We stood in the office of Guiuan's mayor -- which no longer had walls or a roof -- and marveled at this tireless man who saved countless lives by evacuating his entire community, and who hadn't stopped working since the storm hit. Roadside vendors lined the rubble-strewn roads of Tacloban. Near a ruined house, a fully decorated Christmas tree lit the night. 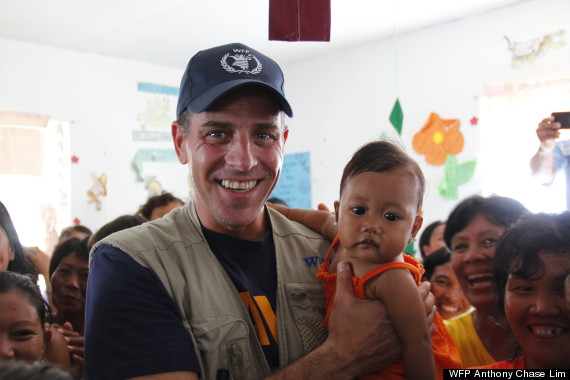 The American people should feel proud about the U.S. government's response to the storm. In addition to millions in emergency assistance, the U.S. military worked hand-in-glove with the Philippines government and the humanitarian community to transport supplies and re-open airstrips.

And there is no better example of the generosity of the American people than during natural disasters like this. Within days of the tragedy, tens of thousands of individuals stepped up to contribute to the relief effort. After Haiyan swept through Tacloban, locals scrawled signs that read "PLEASE HELP." By the time we arrived, the handmade signs now read simply: "Thank you."

The people of the Philippines are not defeated. During our trip, we learned a Filipino word -- Bayanihan -- that perfectly encapsulates what we witnessed among typhoon survivors. The word means a spirit of communal effort. And while the Filipino people have rebounded in amazing ways, the recovery effort is far from over. Over the next 6 months, WFP will remain on the ground to deliver smart, targeted relief to the estimated 3 million survivors who will need food assistance as they rebuild their homes and their lives. As markets re-open, WFP will establish cash-relief programs to stimulate local economies and stabilize food prices, as well as food-for-work programs to spur agricultural recovery in places like Guiuan, where it will take at least five years to restore the city's devastated coconut farms. 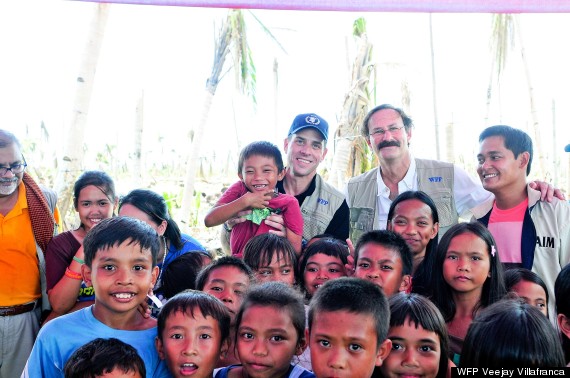 How do you create an economy anew? How do you rebuild entire communities so they are stronger and more sustainable? These are the challenges that the people of the Philippines face over the coming months and years, and the world needs to make sure these survivors know they are not alone.

In its response to Typhoon Haiyan, the global community has demonstrated the power of bayanihan. Let's keep that sense of community spirit alive this holiday season and into the new year.

World Food Program USA builds support for WFP through fundraising, advocacy and education in the United States. Hunter Biden serves as WFP USA's Chairman of the Board. Rick Leach serves as President and CEO. WFP USA is based in Washington, D.C.