I am a doctor who has dedicated her career to helping woman. If abortion is what matters to you in this election, I'd like to put rhetoric aside and focus on the facts.

About 45 percent of pregnancies in the United States are unplanned.

Most pregnancies are unplanned because of issues with access to highly reliable contraception, but some will be rape and some will be health of the mother, i.e., women who hadn't planned on getting pregnant and are happy they are pregnant, but their health is deteriorating. For example, a 21-year-old woman who had post partum cardiomyopathy (heart failure) after her last pregnancy and survived (the mortality is at least 50 percent). She had limited access to health care after delivery and didn't really understand the risks her doctor mentioned about a next pregnancy. She thought she was tired because she was a new mom and not sleeping well. She shows up in the emergency department short of breath. She finds out she is 7 weeks pregnant and that the strain of this second pregnancy is causing her damaged heart to fail. She is admitted to the intensive care unit.

Pregnancy is a huge strain on the heart and most of that impact occurs early on in the pregnancy. She didn't plan on being pregnant and would not choose an abortion, except her pregnancy is killing her and unless the pregnancy ends she will die leaving her 5-month-old motherless. She is so ill that she cannot be transported to the operating room for an abortion, so it is done on her bed in the intensive care unit. These cases are fortunately uncommon, but they happen. 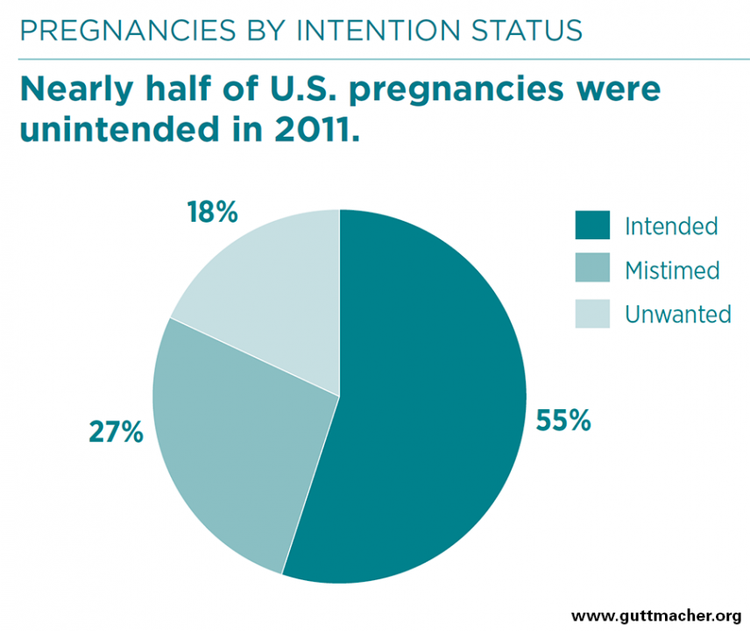 Two-thirds of abortions (66 percent) happen before eight weeks. It is unlikely any of these are for birth defects as the earliest tests cannot be done until 10 weeks and it takes a week to get the results back. A small percentage will be rape and health of the mother (like the case described above), but the majority are unplanned pregnancies and thus preventable.

Only 5 percent of women who have an abortion were using contraception correctly and consistently. 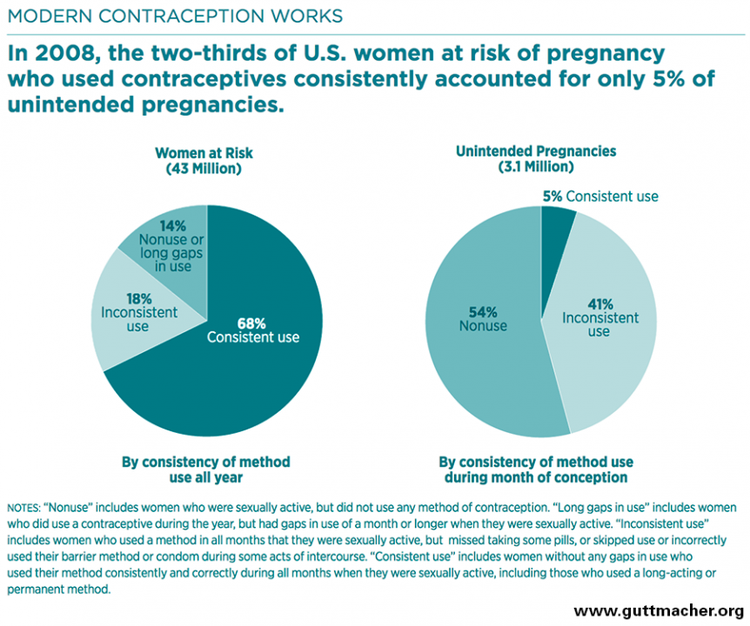 In Colorado, a program that provided free long acting reversible contraception (the kind that is impossible to use inconsistently) resulted in a 42 percent reduction in abortions for teens and an 18 percent reduction for women ages 20-24.

Laws do not reduce abortion. They reduce safe abortions.

The abortion rate is similar in countries where it is illegal and where it is widely available, legal and safe. According to the most recent data, approximately 7 million women in developing countries are treated for complications from unsafe abortions annually and at least 22,000 die.

In Texas, where the abortion laws have become more restrictive and access has dropped more than 100,000 women and possibly up to 240,000 have attempted home or illegal abortions.

I trained with men who were OB/GYNs in the 1960s and the 1970s and they saw the women who survived when they came to the emergency room.

"Every night we admitted a woman. Every night. Sometimes three. And we were one hospital." Those are the words of one of my mentors.

Think about that. Every night, one or more women with a pelvis abscess or an injured bowel. At every hospital.

If you really want to reduce abortion, you must vote for the candidate who will improve access to highly reliable contraception

Every woman, no matter where she works, deserves birth control coverage. This shouldn't be a question. #SCOTUS -H

This is what Donald Trump said about birth control to Dr. Oz:


Making birth control over the counter does not help women access the forms of birth control that are most effective at preventing pregnancy: IUDs and implants. Taking away health plan contraceptive coverage makes the birth control that reduces abortion unaffordable for many women. The cash price for the implant is $825.74 and you still have to pay for insertion. IUDs are in the $600-1,000 range for the device and the insertion (depending on where you go).

If your candidate focuses on restrictive laws, you will drive women underground, which will increase their financial hardship and many will risk their health and lives, but you will not reduce abortions.

If your candidate wants to get rid of Planned Parenthood, a source of subsidized highly-reliable contraception that would otherwise be unaffordable, you will increase abortions.

If your candidate focuses on maintaining and even expanding government and employer funding of highly reliable contraception, your vote will reduce abortions.

It really is that simple.