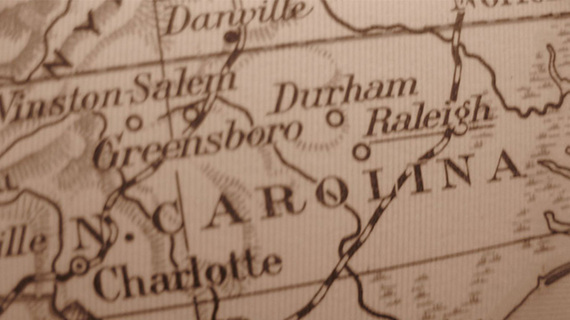 This past May, the board of directors of Grantmakers in Health (GIH) decided to relocate the organization's 2017 Annual Conference on Health Philanthropy from Charlotte, North Carolina, to another city.

This difficult decision was made in light of the state of North Carolina's controversial new law, the Public Facilities Privacy and Security Act (HB2). The law overturned a Charlotte ordinance that extended rights to gay and transgender people.

In doing so, the state effectively sanctioned discrimination against a class of its citizens.

I am a member of the GIH board. Not only am I proud of GIH's decision, but as executive director of a mental health grant-making foundation in Texas, I have compelling reasons of my own for associating myself with this action.

Since its founding seventy-five years ago, the Hogg Foundation for Mental Health has had an overarching mission: to advance mental wellness for the people of Texas. Our sense of what this means, and of the hard realities we feel called upon to address because of this mission, has evolved over time and with changing social conditions. As far as we're concerned, transgender individuals are rightful members of the human community to whom we feel obligated, as a humanitarian organization.

What's more, there is no definition of "mental wellness" that can abide the psychosocial harm of the kind of discrimination that the HB2 law enshrines.

The world changes, and we change with it. It wasn't that long ago that prejudice against, and even vilification of, transgender persons would have been a nonissue for most people. My own profession, psychiatry, has historically been complicit in the pathologizing of gender identities that do not conform to the "gender binary"--that is, the rigid categorization of people as either male or female based on their visible anatomy.

When transgender people were noticed at all in the past, their experience of themselves and of the world was invalidated. The real psychological toll of being forced to live outlaw lives was misdiagnosed as the natural and inevitable consequence of "deviant" behavior.

As a foundation, we pride ourselves on our circumspect approach to challenging and complex issues and appreciate the need to be respectful toward differing viewpoints. However, there also comes a time when, as an organization devoted to mental health, we must stand in solidarity with all of those people who are striving to create healthful identities in the face of ongoing stigma and discrimination.

Consider what's at stake. A recent NPR story contrasts the results of two recent studies. One, published in JAMA Pediatrics, found that among a group of young transgender women in Boston and Chicago, the rate of mental illness and substance use disorders was 1.7 to 3.6 times greater than the rate for the general population. The other study, published in Pediatrics, studied seventy-three transgender children between ages three and twelve. In contrast to the transgender population in the JAMA study, this group had rates of depression and anxiety roughly on par with those of their non-transgender peers.

What's the difference? The transgender children received emotional support from peers and family, while the young women experienced being transgender within a context of poverty and lack of such support.

This difference points up why it's misleading and dangerous to trivialize HB2 as the "bathroom bill." Stigma, whether perpetuated by family or ratified by a legislature, encroaches on emotional well-being and the ability of people to live whole and happy lives.

We know that this is a complicated issue about which people of good will can disagree. Within GIH, we discussed whether to show support for Charlotte by keeping the conference there or to protest HB2 by moving our meeting. And, we should not forget the many proud North Carolinians who have spoken out against HB2.

This opinion should not be taken as a severance of my relationships with friends and colleagues in North Carolina who continue to do great philanthropic work. Nor is it a call for a wider boycott. It is an opinion in defense of the relocation of a single event as a modest statement on an issue of great importance.

Returning to my field, consider that psychiatrists today don't recognize drapetomania, once hypothesized as the cause of black slaves' desire to flee captivity, as a legitimate mental disorder. Those of us who are concerned with healthy minds and the social conditions that support them should always permit ourselves the freedom to get out from under the legacy of past mistakes.

A version of this post was originally published on the Health Affairs Blog, August 4, 2016. Copyright ©2016 Health Affairs by Project HOPE - The People-to-People Health Foundation, Inc.

More:
hb2healthy livingdiscriminationTransgenderlgbt
Newsletter Sign Up
The Morning Email
Wake up to the day's most important news.
Successfully Subscribed!
Realness delivered to your inbox