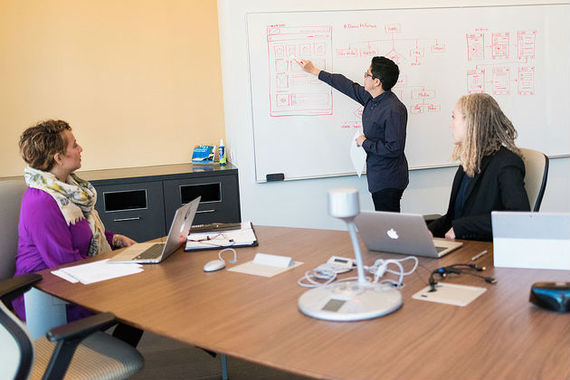 Big technology companies like Facebook and Google are no strangers to the media, but lately they've made headlines not for new product announcements or earnings reports, but for their disclosures of much-anticipated diversity data that shed light into the representation of women and underrepresented minorities at these massive employers.

In the last month, Google announced it grew its number of women in technical roles by one percent to 19 percent, making gains for the third year in a row. Soon after, Facebook waded into hot water when it suggested its poor diversity progress was due to the lack of availability of viable diverse talent. More diversity announcements are sure to come, and their outcomes will undoubtedly vary.

The fact that these companies are regularly sharing their diversity numbers shows their acknowledgement of the glaring diversity gap facing the tech industry. The varying degrees of progress they're making in the efforts to diversify their workforces underscores how difficult it is to move the numbers and make even a one percent increase in the representation of women and other minority groups, especially in technical roles.

That's partly because the lack of diversity is rooted in the demographics of the technical workforce itself -- jobs in engineering, programming, IT and other technical disciplines have been largely dominated by men, mostly white and Asian. Women in technical roles, at 21 percent, face a steep climb, even at companies that have made a commitment to diversify their workforce.

The diversity gap in technical roles can seem even more discouraging when you look at what it takes to see a mere one percent increase in the representation of women and other minorities. Some quick back-of-the-envelope math shows how the numbers work.

Let's say you're the head of diversity at a top tech firm with 40,000 technical employees (20 percent women, 80 percent men), and you've been tasked with growing the number of women in technical roles by one percent in a year.

At this hypothetical company, to see a one percent increase in the number of women in technical roles, you would have to hire more than 400 women and no men. Even the most casual observer will tell you that this is an unrealistic (and undesirable) scenario for any hiring manager to face.

Of course, hiring policies at organizations are typically more complicated than what's been described above. People leave, voluntarily and involuntarily, and new team members join at all different levels. Some companies are hiring just a handful of people, so their capacity to create change is limited. Others may be reducing staff, making it all but impossible to move the numbers.

One big takeaway from this simple equation is that the larger the workforce, the more difficult it is to make substantial progress towards equal representation of women in technical roles. Basic math shows that startups and smaller companies have an inherent advantage when it comes to showing progress on diversity in the workplace. If you're one of 20 new women technologists joining a 100-person company, that's an admirable 20 percent increase in the representation of women technologists. But if the workforce is in the tens of thousands, 20 women is barely a blip on the hiring radar. Despite these odds, a few large companies in the technology industry are making progress, and outperforming many startups to boot.

We're pleased to see large, iconic technology companies making progress in their efforts to grow the representation of women in technical roles. For example, Intel announced earlier this year it grew its proportion of women in technical roles by 1.28 percent in 2015. This may not seem like a big jump, but for a company of Intel's scale, this translates to more than 1,400 women hired in technical positions. That's a big deal, and we hope others in the industry are inspired to make similar commitments.

It's easy to write off a one percent jump and resign yourself to the discouraging situation facing women and other underrepresented groups in technology. But we are determined to celebrate every one of these wins, no matter how big or small, because that is the only way to drive measurable change.

We share the impatience and demands for change, and we will be the first to show companies how far they have yet to go. So our encouragement is by no means a free pass to shift focus away from the very real problem of underrepresentation of women and other minority groups in the technology industry.

But we also recognize that the math can be daunting, so we need an aggressive approach while acknowledging that the change we seek won't happen overnight. We're committed to this mission for the long haul with the understanding that measurable change requires perseverance and sustained effort. And to keep the momentum going for women in technology, we must celebrate all wins because while a one percent increase isn't the end goal, it's an important milestone along the journey toward equal representation.