This post originally appeared as part of a Medium conversation about age-discrimination in tech companies. Visit the series to learn more.

Of course companies should strive for age diversity, "even in a field as innovation-crazy as tech." Make that especially in a field as innovation-crazy as tech. Companies aren't adaptable and creative because their employees are young. They're adaptable and creative despite it. Mixed-age teams are highly productive in areas that require creative thinking. Take it from Scientific American: "the findings are clear: for groups that value innovation and new ideas, diversity helps."

Research on diversity in general shows that being around people who are different from us also makes us more diligent and harder-working, not to mention more open-minded. Diverse teams make better decisions because they draw on more data and more perspectives. So how on earth did experience become a dirty word? Why does the blindingly obvious point that age should be a criterion for diversity -- alongside race, gender, ability, and sexual orientation -- take people by surprise?

Because it simply hasn't occurred to them. Just like it hasn't occurred to those Federal bean counters who don't collect age data. Age discrimination isn't good for companies and it's not good for people, but it's not on the map yet. Sexism and racism and homophobia no longer get a pass because most people acknowledge that discrimination makes life harder for women and minorities. But most of them have yet to think about how culture also shapes the experience of growing older. And this culture's obsession with the young and new and fast and shiny makes aging in America a whole lot harder than it has to be.

Silicon Valley epitomizes and valorizes youth culture. Tech workers attempt to "pass" for younger for the same reasons that people of color sometimes passed for white: to attain or retain privilege, and to escape prejudice. It's illegal to ask for a job applicant's age, but employers routinely advertise for "digital natives," which Wikipedia defines as people born after 1980. (In Silicon Valley, "old"= no-longer-young; tech years are like dog years.) The practice is elitist and ageist because it assumes that digital immigrants -- i.e. older people -- couldn't possibly be comfortable with new technology, which is manifestly untrue.

Other ageist stereotypes abound: that older workers are less productive, less dependable, less committed, less teachable, and less creative, to name only a few. Not one holds up under scrutiny. In fact older employees typically trounce their younger colleagues on every measure of job performance, according to Peter Cappelli, Wharton professor and co-author of Managing the Older Worker. "I thought the picture might be more mixed, but it isn't. The juxtaposition between the superior performance of older workers and the discrimination against them in the workplace just really makes no sense." Yet, because employers are ignorant and ageist, lawsuits are on the rise.

Diversity became a buzzword because society grew less tolerant of racism and sexism and homophobia. Progressive companies realized they had to walk the walk. (A friend in workforce policy calls this the "shoe test:" look under the table, and if everyone's wearing the same kind of shoes, whether wing-tips or flip-flops, you've got a problem.) We want different faces at the table and different shoes under it because we don't think access to opportunity should depend on what someone looks like. Graying hair and wrinkles count. Even starter wrinkles, like the ones the guy in the New Republic article was worried about when he said, "Hey, I'm 40-years-old and I have to get in front of a board of fresh-faced kids. I can't look like I have a wife and two-point-five kids and a mortgage." That's grotesque.

The Bay Area's extreme obsession with youth is no more palatable than standard-issue bias against people with dark skin or a vagina or who use a wheelchair. Yet it wasn't until people at the top of the food chain -- smart, skilled, straight, well-paid, non-disabled white guys in their 30s -- experienced discrimination for the first time, that ageism in the workplace garnered some well-deserved attention. Imagine what it's like for people further down the food chain.

So how can we achieve age diversity in Silicon Valley? By hiring and holding onto older workers, obviously. This means offering flexible hours, increasing accessibility, providing training, and helping people transition to part-time employment. Arrangements like these benefit other workers too: parents of young children, caregivers for people of all ages, and anyone else struggling for work-life balance in the era of always-on. Companies also benefit. Organizations that don't discriminate aren't just better places to work, they work better. Managers don't want to come up short when a project calls for a range of talents and backgrounds, and smart ones know that an age-diverse team is most likely to deliver it. Older people use and need technology, and not just "age-independence technology," which is booming, but software and devices that will help us get jobs and get laid and get where we're going, just like everyone else. Those products will work better and sell better if older users help design them.

It's in our enlightened self-interest as well: everyone who is aging -- this means you -- will end up depending on some of these products. It's also in our self-interest to help older people stay on the job, because it benefits the economy and the federal budget. When they can't find work, many become economically dependent, contributing to the misperception that olders are a net burden to society. It's not by choice.

What is achieving age diversity really going to take? Nothing less than a mass movement like the ones that woke us up to the entrenched systems of racism and sexism around us. We still have a long way to go on all these fronts, as you say, but thanks to attention from people like you and Bill Maher and Madonna, an anti-ageism movement is gaining traction.

Confronting ageism begins with examining our own prejudices. Olders, for example, may not like being managed someone young enough to be a grandchild, and youngers bridle at sharing an office with someone their mom's age. Suck it up and find out what you have in common. Confronting ageism means seeing older people not as alien and "other" but as us -- future us, that is -- and making friends of all ages. It means speaking up when you encounter ageism -- if everyone in the room is the same age, for example, unless there's a legitimate reason. (Bad reasons: because it's a Unicorn startup, or because you're working on an achingly hip mobile app.)

PHOTO GALLERY
7 Steps To Starting Your Own Business Over 50
Download
Calling all HuffPost superfans!
Sign up for membership to become a founding member and help shape HuffPost's next chapter
Join HuffPost

Should Companies Strive For Age Diversity, Even In A Field As Innovation-Crazy As Tech?
7 Steps To Starting Your Own Business Over 50 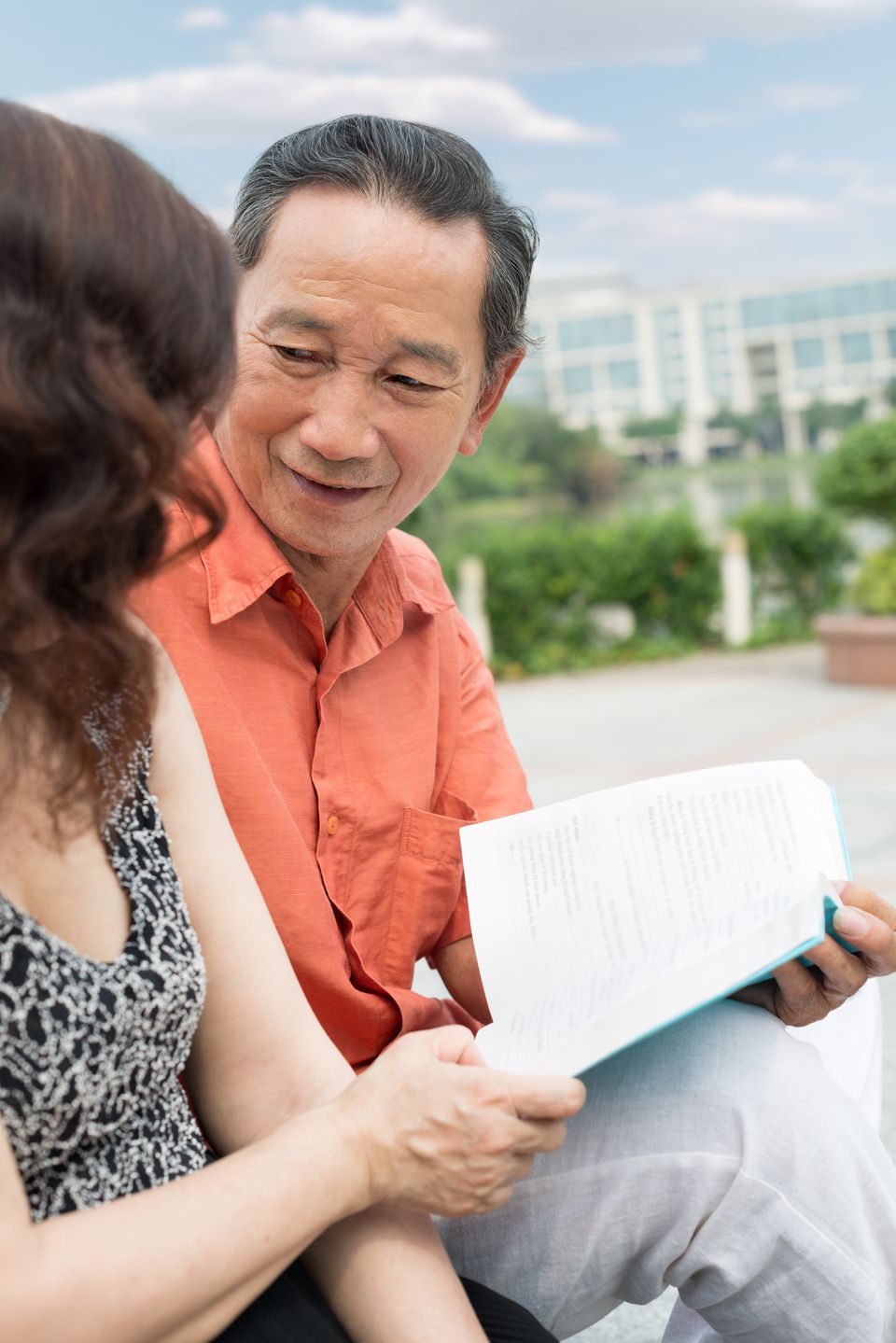