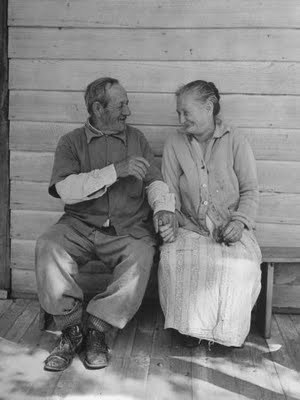 Life in the Boomer Lane has written numerous brilliant, profound, and downright side-splitting posts. But no matter how many seriously valuable topics she attempts to cover, from cats who want to kill you to big butts, there are three topics that remain permanently on her Biggest Hits List. They are:

1. The Universal Hot/Crazy Matrix: A Man's Guide to Women
2. The Myth of older Men Wanting Younger Women
3. The Link Between Physical Attractiveness and Relationship Success

For this reason, she has decided to combine all three into one end-of-year post that will give readers a veritable climax of blog reading: We will discuss information about women that men can use, the older man/younger women dynamic, and what determines relationship success.

Every time she writes a post about older men and younger women, she receives a lot of well-considered responses from men, to the tune of "BLAH BLAH BLAH We don't care what you write because REAL MEN only want young babes because they are hot and MY GIRLFRIEND/WIFE is 30 years YOUNGER than me and we have a deep and meaningful relationship in which we spend all of our time in bed, while she does acrobatic tricks and I try not to have a heart attack."

OK, then. So the following is clearly not for you. You may bypass this post and go back to either your perfect relationship or searching for dates on postadolescentmatch.com. LBL will not attempt to prove that men prefer younger women. She concedes that, in a perfect fantasy world, most men probably do prefer younger women. She will, instead, show that actual relationship success is determined by partners being age-compatible.

Let us now rephrase this and put it in bold: The wider the age gap of partners, the lower their chances are of relationship success.

Differences in ages also mean differences in life experience and cultural reference points. Generations may be an invention, but they are meaningful nonetheless. With all the strikes against long-lasting marriages nowadays, at least marrying someone age-compatible gives one a better shot at marital longevity. Note to men whose wives are way younger: LBL suspects she already knows what you are going to say. So you can save your energy for other, more fun, activities.