Without breaking much of a sweat, I could make a pretty solid case that aged Gouda is the world's most underrated cheese. That case rests on the following premises.

2. For ages, aged Gouda has been overshadowed by its younger counterpart, baby Gouda. Baby Gouda is aged six months or so and has a nice texture. It's a great cheese to economize with when making fondue (just use half Baby Gouda and half a more robust alpine cheese like these). Don't even start me on Smoked Gouda, most of which is about as genuinely cheese as Kraft American Singles.

3. There hasn't been an equivalent to Neal's Yard Dairy or Giorgio Cravero, the super high end vendors for English clothbound cheddars and Parmigiano Reggianos, respectively.

4. It's ignored in the literature about cheese. For instance, in the Steve Jenkins aptly named book, The Cheese Primer (Workman, 1996), he devotes barely six pages to the cheeses of Holland; the cheeses of California receive 12, Spain and England receive more than 30 pages each. In Max McCalman's 2005 book, Cheese: A Connoisseur's Guide to the World's Best (Clarkson Potter), among his ranking of the top 200 cheeses he only includes three goudas (Massachusetts is better represented).

This just isn't right; aged Gouda is one of the world's greatest and most accessible cheeses. Its complex meld of flavors is typically highlighted by very accessible flavors like butterscotch, toffee, vanilla, molasses and even bourbon. The texture is even more delightful. Most aged Goudas ripen long enough to develop amino acid crystals, which give it the sense that it's the dairy equivalent of a sea salt caramel. 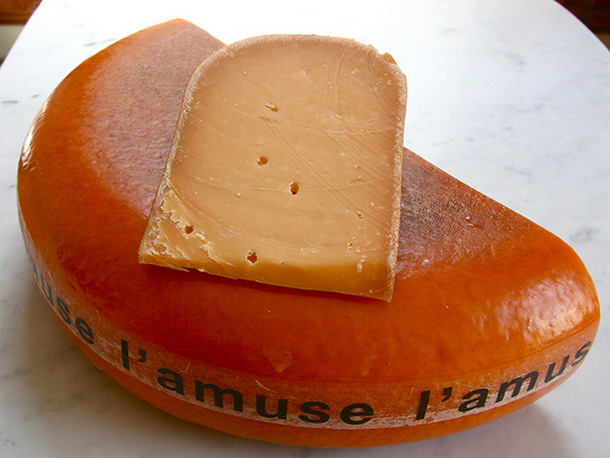 For years, the market was crowded with okay but not "Oh my God, what was that?" level aged Gouda, but in the last few years several exceptional ones have arrived. L'Amuse, is an aged Gouda made in Northern Holland and aged to the exacting specifications of Betty Koster at the L'Amuse Cheese Shop in Santpoort-Noord. Koster also ages an aged Goat Gouda and a Tershling Sheep Gouda that are equally blissful. Her Wilde Weide is younger and no less rich with hazelnut like flavors.

Dutch dairy farmers get around and two of the best aged Goudas are made outside of The Netherlands. Coolea is made in County Cork Ireland by Dicky Sinead Willems, who took over the farm from Dicky's parents, Dick and Helene Willems. The Coolea has all the characteristics of a great aged Gouda with a distinctive twist, rather than the heavy overtones of caramel and molasses, I get a lighter overtone of gingerbread from this cheese.

One of the best aged Goudas by Dutchfolk in America. The Marieke aged Gouda is made by Rolf and Marieke Penterman, who emigrated from the Netherlands in 2002. They bought farm land just outside of Thorp, Wisconsin and began making cheese. Their aged Gouda has classic butterscotch finishes and their Extra aged Gouda, which was introduced earlier this year and sold out quickly, is so good that many cheesemongers are counting down the days until it returns to the market this spring.

Aged Gouda is a remarkably versatile cheese. Its direct flavors make it one of the few cheeses that can stand up to the dense piney flavors of most West Coast India Pale Ales. Yet the sweetness in the finish enables the cheese to pair well with even bone dry white wines. Both flavor characteristics make aged Gouda that rare firm cheese that can pair well with Champagne too.

With a unique range of beverage pairing companions and compelling flavors, aged Gouda is a cheese that should not go overlooked any longer.

About the author: Martin Johnson runs The Joy of Cheese, a series of informal cheese tastings that take place at four New York City bars and the 92nd Street Y. He has worked in and around cheese for 27 years. He blogs at www.thejoyofcheese.com