In the first 919 days that Jim Pawlak was out of work, he sent out 908 resumes and was called for fewer than 50 interviews. He has just one explanation: age discrimination. It's a "first to be fired" and "last to be hired" syndrome, said the 48-year-old former Xerox employee.

The unemployment rate for older workers (those age 55+) remained unchanged at 5.9 percent in September, the Labor Department announced last week. But workers over age 55 made up 54 percent of the long-term unemployed -- defined as people out of work for more than 27 weeks -- up from 50.9 percent in August, according to an analysis by the AARP Public Policy Institute.

Moreover, older Americans stayed jobless longer -- an average of nearly 56 weeks, compared to 37 weeks for younger workers. When they do find jobs, these employees typically take a bigger pay cut than their younger counterparts, according to a Government Accountability Office study released earlier this year.

The Age Discrimination in Employment Act of 1967 (ADEA) protects people 40 and older from employment discrimination based on age, and applies to both employees and job applicants. Age discrimination now accounts for nearly one-quarter of all complaints filed with the Equal Opportunity Employment Commission. An AARP survey found one-third to one-half of baby boomers had experienced age bias in a job search.

Pawlak, who lives in a Chicago suburb, worked for 20 years for Xerox, mainly in customer service/sales support, before he lost his position in a company-wide layoff in 2008. Since then, he's traveled the job-hunting circuit, picking up freelance or contract work, but nothing on staff. He answers every ad he sees, despite knowing what a black hole Internet postings can be, and has learned to be cautious about stating salary expectations. He recalls taking an hour to apply online for a position, pausing at the box where it asked for desired salary.

"I decided to go for it and put down a figure that was about three-quarters of what I had been earning," he said. The automatic email rejection came within 15 minutes. "They saw my salary expectation and bam! -- end of their interest in me," he said.

Pawlak recently worked for 14 months under a $20 an hour contract and by all accounts, he said, performed well and was well-liked. But when the position was made full-time, it went to a recent college graduate. Had they offered it to him at the salary they paid the new graduate, he said, he would have taken it. "But they never asked me," he said. "Why not?"

He answers his own question in his next breath: "They assumed I wouldn't want it because of the pay."

The GAO report cites several studies that explain why companies favor younger workers: They typically earn less; employers expect they'll have less of an impact on health care costs; and they won't have an issue working for a younger boss. Employers also worry that older workers' technical skills are out of date, and, since they're obviously closer to retirement, they'll bail faster.

Older Americans who confront that bias will have a tough time pursuing relief. A 2009 Supreme Court decision made it more difficult for older workers to prove claims of illegal bias based on age. In response, Republican Senator Chuck Grassley and Democratic Senators Tom Harkin and Patrick Leahy have introduced the “Protecting Older Workers Against Discrimination Act” -- which eight in 10 older voters support, according to the AARP.

Meanwhile, some post 50s have experienced ageism not from employers, but co-workers. Lisa Bolivar is a journalist and writer based in Florida. "I'm 52 and look my age," she said. Nevertheless, she was stunned when a younger colleague at a website where she worked under contract told her quite matter-of-factly that "people like you shouldn't be here."

Bolivar, who was embroiled in a pay dispute at the time and ended up leaving the company after nine months, said she never reported the comment to her supervisor or anyone else. Suing isn't her style, she said, and the comment wasn't why she left the job. "But it was ageist -- absolutely," she believes.

As they struggle with long-term unemployment, older Americans are doing what they can to get by. An AARP Public Policy Institute report released last month 69 percent of older Americans had slashed expenses; 57 percent of workers had tapped savings; 52 percent delayed medical or dental treatment; 37 percent stopped saving for retirement; 35 percent used credit cards to pay for daily living expenses; and 18 percent took distributions from their retirement accounts.

Pawlak credits his wife's job and money-management skills with keeping them financially afloat. By using savings, they have been able to keep their credit pristine and qualified to refinance their house at a lower interest rate. Their 24-year-old hearing-impaired daughter works as a grocery clerk and lives with them. "She can't afford to move out and be on her own," he said.

"We've made so many cuts just to make ends meet," said Pawlak, an amateur photographer who has launched a side business, Pixel Perfect Memories, which restores and transfers photos, negatives and slides into digital media. "I am in the process of reinventing myself. I have to wonder, at the age of 48, have I become obsolete in the new world order? I really don't know anymore."

PHOTO GALLERY
6 Things You Should Never Wear To A Job Interview
Download
Calling all HuffPost superfans!
Sign up for membership to become a founding member and help shape HuffPost's next chapter
Join HuffPost 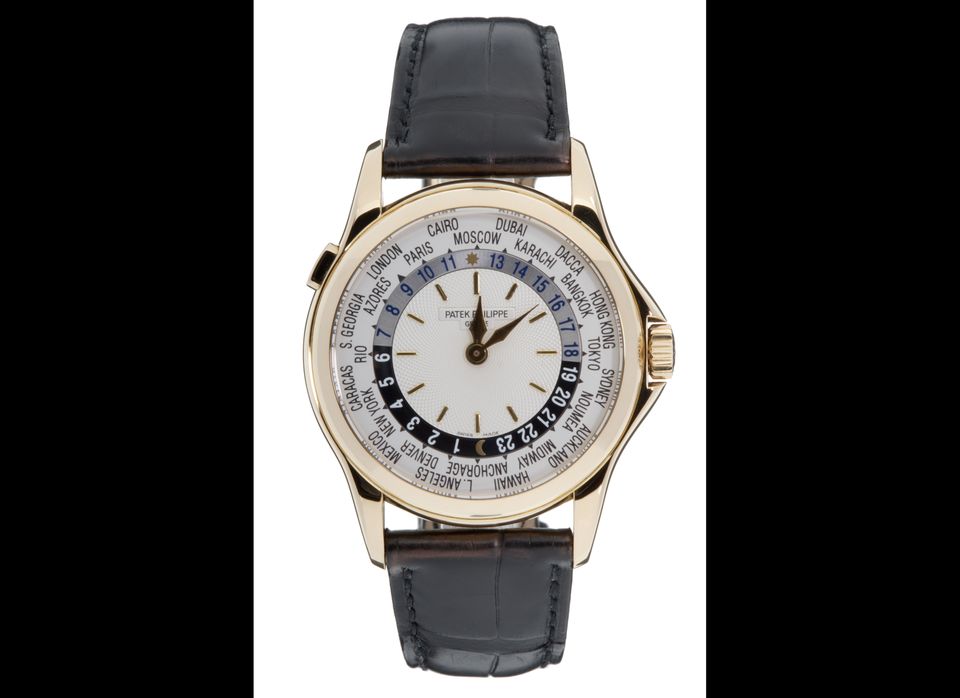 1 / 6
An Expensive Watch
Lubin-Sherman says displaying wealth or status objects might convey that you really don't need the job.
Alamy